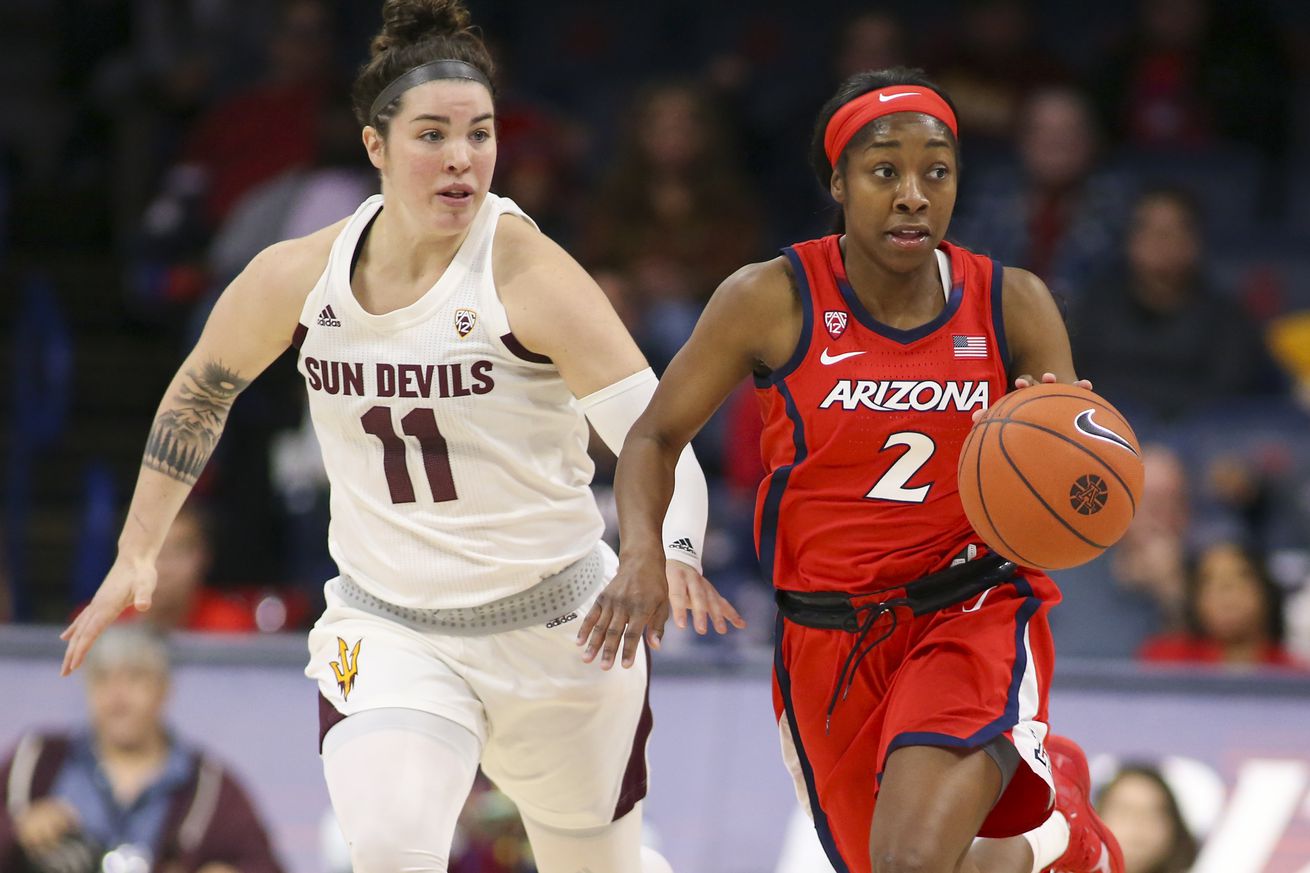 Before Monday the only thing we didn’t know about Arizona’s Pac-12 women’s basketball schedule is when and where it would play.

Due to the coronavirus pandemic, the conference shifted from its traditional 18-game conference schedule to a 22-game double round-robin that will pit all 12 teams against each other twice. Say goodbye to an unbalanced schedule.

You can see the full conference schedule below, sans specific times, dates and broadcast info, which will be announced at a later date. Arizona will welcome USC and UCLA right off the bat and continue the homestand the following week by welcoming ASU. Nine of UA’s first 13 conference games are in McKale Center (which could be considered a bad thing since fans aren’t allowed at games until at least January due to conference policy).

As for Arizona’s non-conference schedule, that remains a huge work in progress. As of last Friday, the Wildcats only have one game scheduled—a Nov. 29 home game against NAU.

Arizona saw its first and third games of the season (vs. Cal State Northridge and Hawaii) get shelved due to COVID. That has UA head coach Adia Barnes taking to social media to try to fill those spots.

4️⃣ more league games for the best conference in @ncaawbb.

Weekly matchups and sites for the 22-game #Pac12WBB league schedule have been announced.