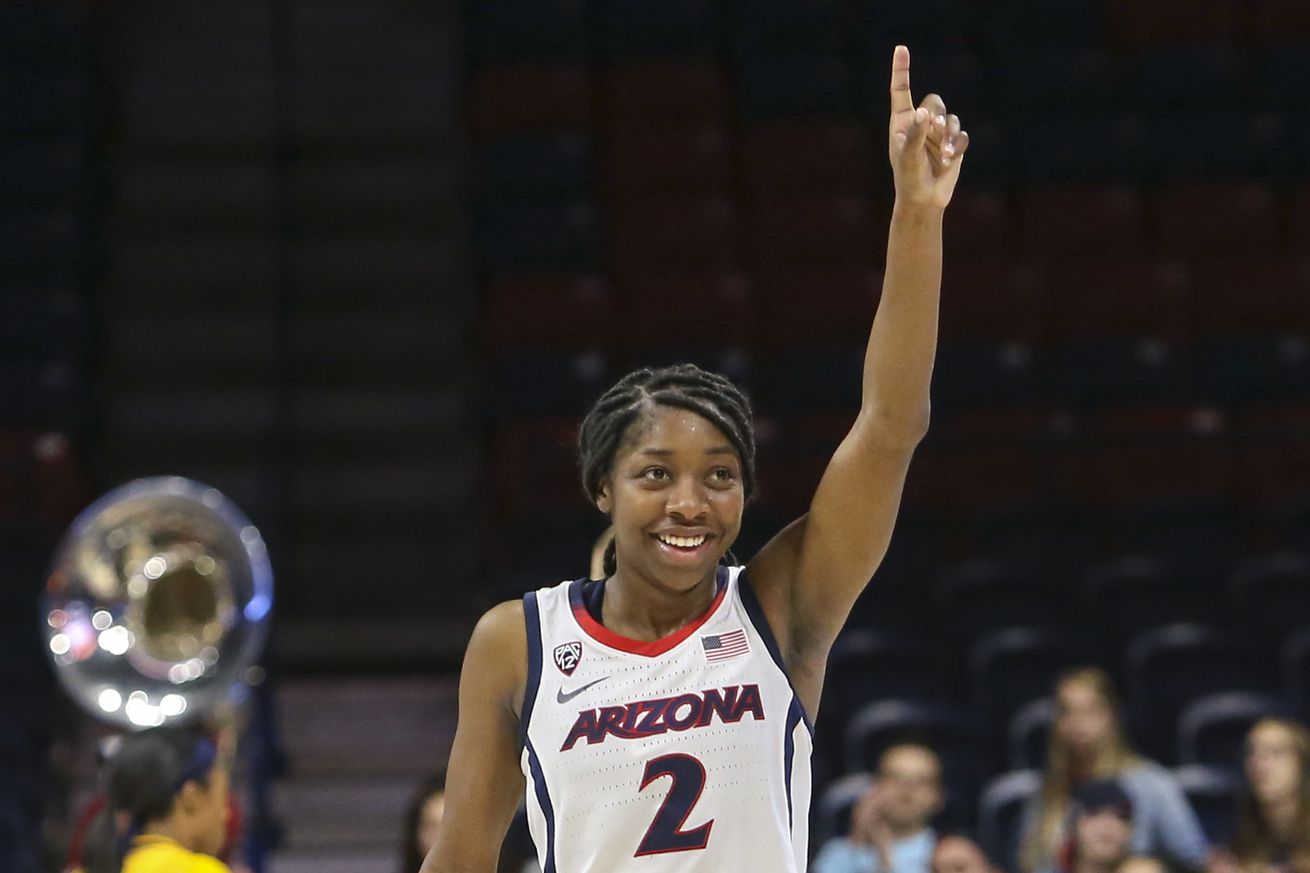 She’s already been named the best defender in the Pac-12 by both the coaches and the media that covers the league. Now, the Atlanta Tipoff Club has named Arizona guard Aari McDonald a finalist for the Naismith Defensive Player of the Year award given to the nation’s best defender.

McDonald has proven over the past two years that she’s one of the few players who can take over a game on both ends of the court. While her scoring has been crucial to the Wildcats since she transfered from Washington, her defense is just as important to Arizona’s success.

The 5-foot-6 guard led the Pac-12 in both scoring and steals for the second straight season, taking the steals title outright this year after tying Minyon Moore with 2.6 steals per game in 2018-19. This season she picked the opponent’s pocket 2.5 times per contest. She has also been second on the Wildcats in rebounding both years in Tucson, grabbing 5.6 rebounds per game this year.

The selection committee, made up of journalists from around the country, will choose between McDonald, Baylor’s DiDi Richards, South Carolina’s Aliyah Boston and Kylee Shook of Louisville. The winner will be announced on April 1.