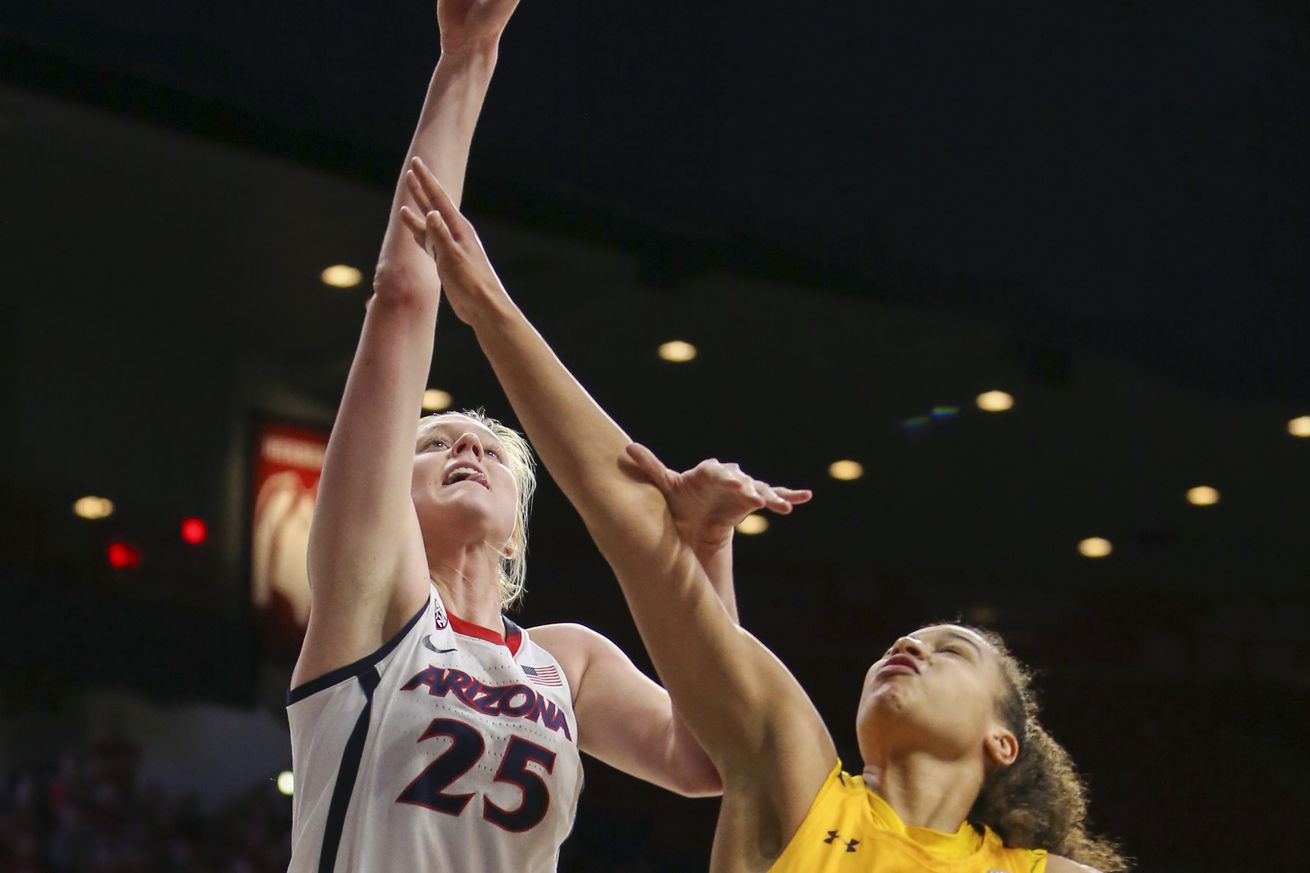 For the second straight season, Arizona’s Cate Reese has been named one of the best power forwards in the game. The junior was named to the WBCA and Naismith Basketball Hall of Fame’s Katrina McClain Award preseason watch list on Wednesday.

Last season, Reese once again led the Wildcats in rebounding while trailing only Aari McDonald in scoring. It was enough to help her make the top 10 for the award, which was eventually won by Oregon’s Ruthy Hebard.

In her two seasons in Tucson, Reese has averaged 12.7 points and 7.1 rebounds per game while shooting 49.2 percent from the field. Last year, she improved on her freshman numbers with a stat line of 13.6 PPG and 7. 5 RPG.

She arrived at Arizona as the program’s first McDonald’s All-American. She quickly backed that up by leading all Pac-12 freshmen in both scoring and rebounding on her way to the All-Freshman team. As a sophomore, she found a spot on the All-Conference team.

Reese joins McDonald as Wildcats in the running for the Starting Five Awards presented by the WBCA and the Naismith Basketball Hall of Fame.