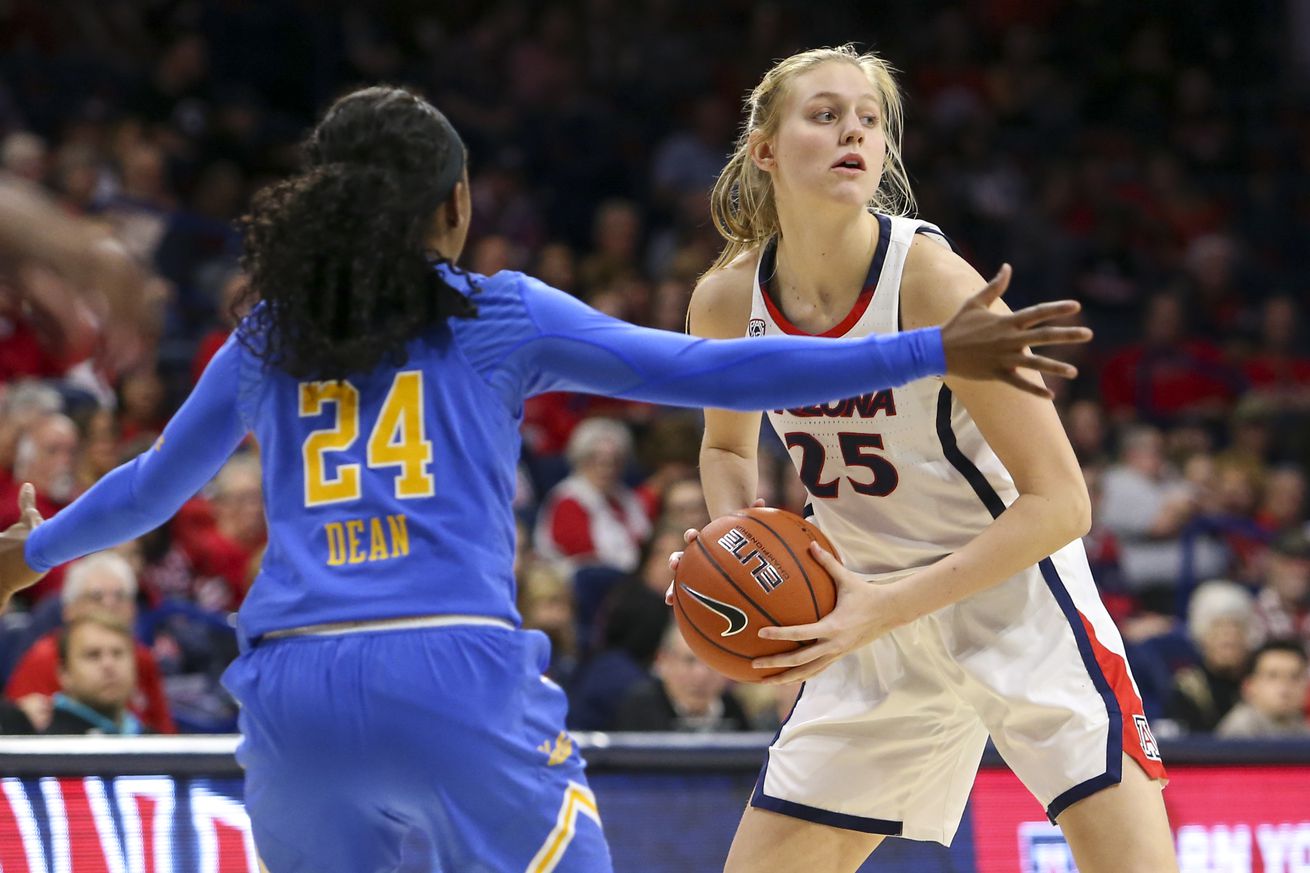 College athletes are statistically less vulnerable to the coronavirus than the general population due to their age and fitness level, but there are exceptions, particularly for those with pre-existing conditions.

The Arizona women’s basketball team has three players who fall into that category. Cate Reese and Helena Pueyo are Type I diabetics. Mara Mote battles asthma.

According to one Harvard study, asthmatics are 48 percent more likely to catch a severe case of coronavirus than their peers. And while there is not enough data to conclude that diabetics are more likely to be infected by the virus, they are at higher risk of developing severe symptoms should they catch it, per diabetes.org

Still, none of Arizona’s high-risk individuals are overly concerned about playing basketball, an indoor contact sport, during the pandemic.

In fact, Mote was more worried if there was going to be a season at all than her risk factors. Once the announcement came, she had no reservations about leaving Latvia for the United States where COVID-19 cases are surging.

“Once they said, ‘yeah it’s happening’, I knew I was coming for sure,” she said. “I am in the risk group but I’m just being really precautious. I mean, all of us on the team are really cautious about everything. We’re trying to follow all of the rules and just being careful, just not being around a lot of people and stuff. I mean, we’ll see. Hopefully everything turns out for the best. It is a bit scary, but we’ll get through it.”

“Yeah, it’s kind of the same thing,” Pueyo added. “I’m trying to stay healthy, trying to not be around a lot of people, trying to control my numbers. Just like Mara said.”

One could argue these players are safer at the UA than they would be elsewhere. They are COVID tested daily and notified when someone they have come in close contact with has been infected with the virus. (So far, no UA women’s basketball players have tested positive.)

That’s why Reese, who was hospitalized twice last season when her blood sugar spiked, said she hasn’t had second thoughts about playing this season.

“I think what the school does is great, having us test every day and then we’re always protected,” she said. “Even in practices now we still wear masks, so I think that they’re really precautious anyway. So I don’t think that, knock on wood, there would be any really close calls or anything like that. I think we do pretty well at staying safe.”

But not everything is under their control. Head coach Adia Barnes is “very worried” about traveling to road games, which often means shuffling through airports and packing into planes and buses—sometimes both—for hours on end.

Plus, she knows how quickly viruses can spread throughout a team. Last February the whole program was prescribed Tamiflu after several players and staffers fell ill during its road trip to Utah and Colorado.

“I’m worried because our commercial travel isn’t like a nonstop flight to LA every trip,” Barnes said. “It is like to Corvallis where you’re traveling nine hours. Our players aren’t gonna not eat for nine hours. It is a major concern of mine. I think chartering fights makes a drastic difference and it’s much safer, so I don’t know what’s gonna happen with that, but it’s a big concern for me. And then for me personally I’m another high risk too because I have a newborn baby at home. But do we want to play? Of course. Like there’s no doubt about it. But there’s just extra factors and what I’m trying to stress to the team is these three have a situation, so you need to be more concerned and keep them safer because it’s very dangerous.”

So far, the players have been receptive to that message, while remaining laser-focused on the season ahead.

“They have no concerns and that’s the funny thing—you would think more players (would),” Barnes said. “I do read on social media and the internet and stuff that players opt out for different reasons, but I have not had that feeling at all. There isn’t one reservation, there isn’t one concern that Helena, Cate or Mara have. They don’t. I think they’re just more cautious in themselves. We talk about being safe. Our team is very safe. They’re so focused on playing, they’re not going out and taking risks. They’ve been really good about wearing masks. They know we’re going to mask longer because it’s safer for us. So it hasn’t been an issue. No one has said anything.”

If you’ve ever wanted to know how Reese and Pueyo manage their blood sugar levels during practices and games, check out this video:

On World Diabetes Day, we want to give a huge shoutout to @cate_reese and @Helena_Pueyo6 ‼️

We thank you for being great role models to anyone who is an aspiring athlete with diabetes pic.twitter.com/N3UtTvVnJw