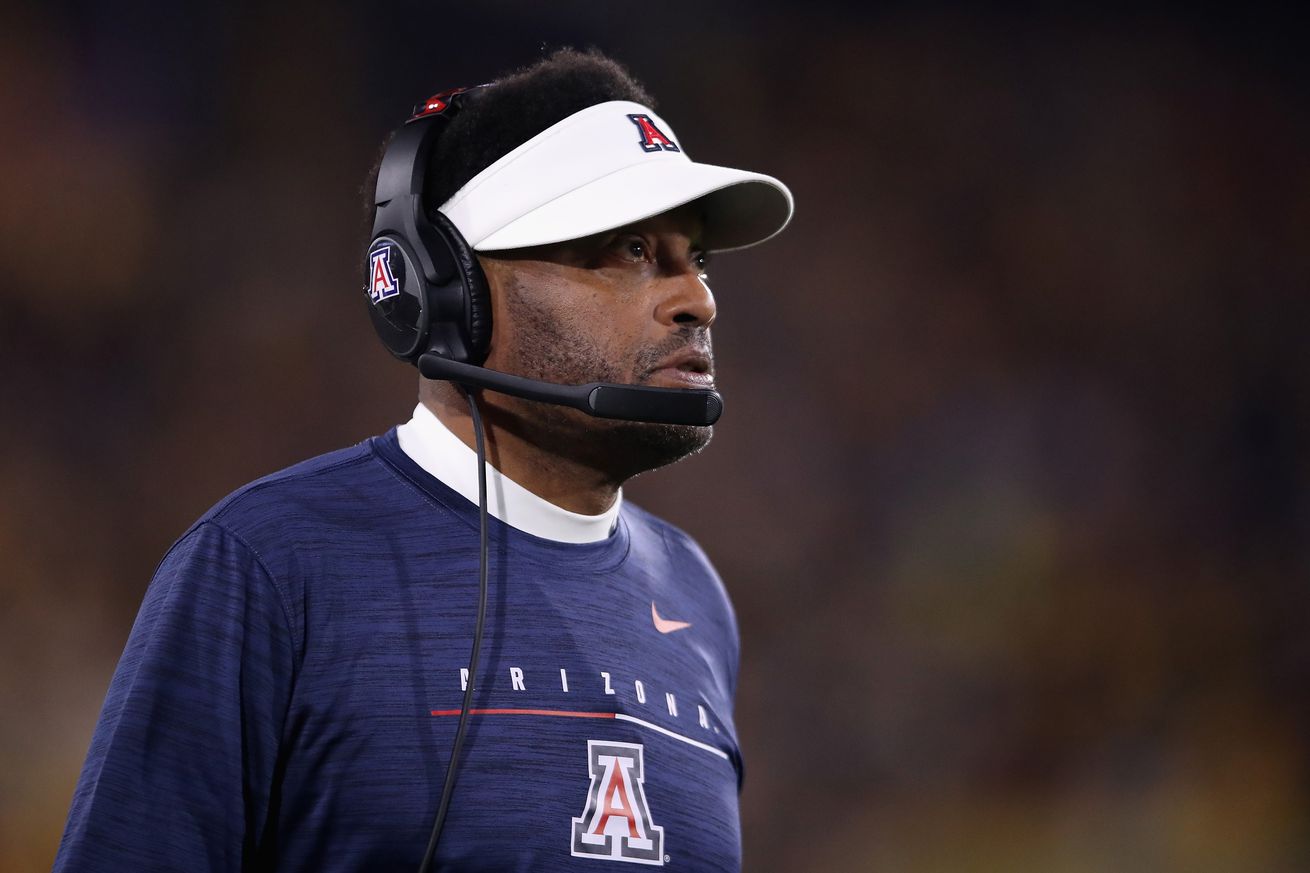 It might seem like that to Arizona Wildcats fans, based on the results to this point, but Kevin Sumlin has been a bargain compared to what some college football coaches get paid.

Sumlin is scheduled to earn $3.283 million for the 2020 season, according to USA Today’s annual database of CFB coaching salaries. That ranks 43rd out of 119 FBS coaches whose salaries were publicly available and sixth among Pac-12 coaches.

That figure includes a $216,667 reduction as part coronavirus-fueled pay cuts that all Arizona coaches took. All told, Sumlin is due to lose $455,000 in compensation due to UA department cuts.

ASU’s Herm Edwards is scheduled to make $3.64 million, for those scoring at home, while the Pac-12’s lowest-paid coach is Oregon State’s Jonathan Smith, who will earn $2.288 million.