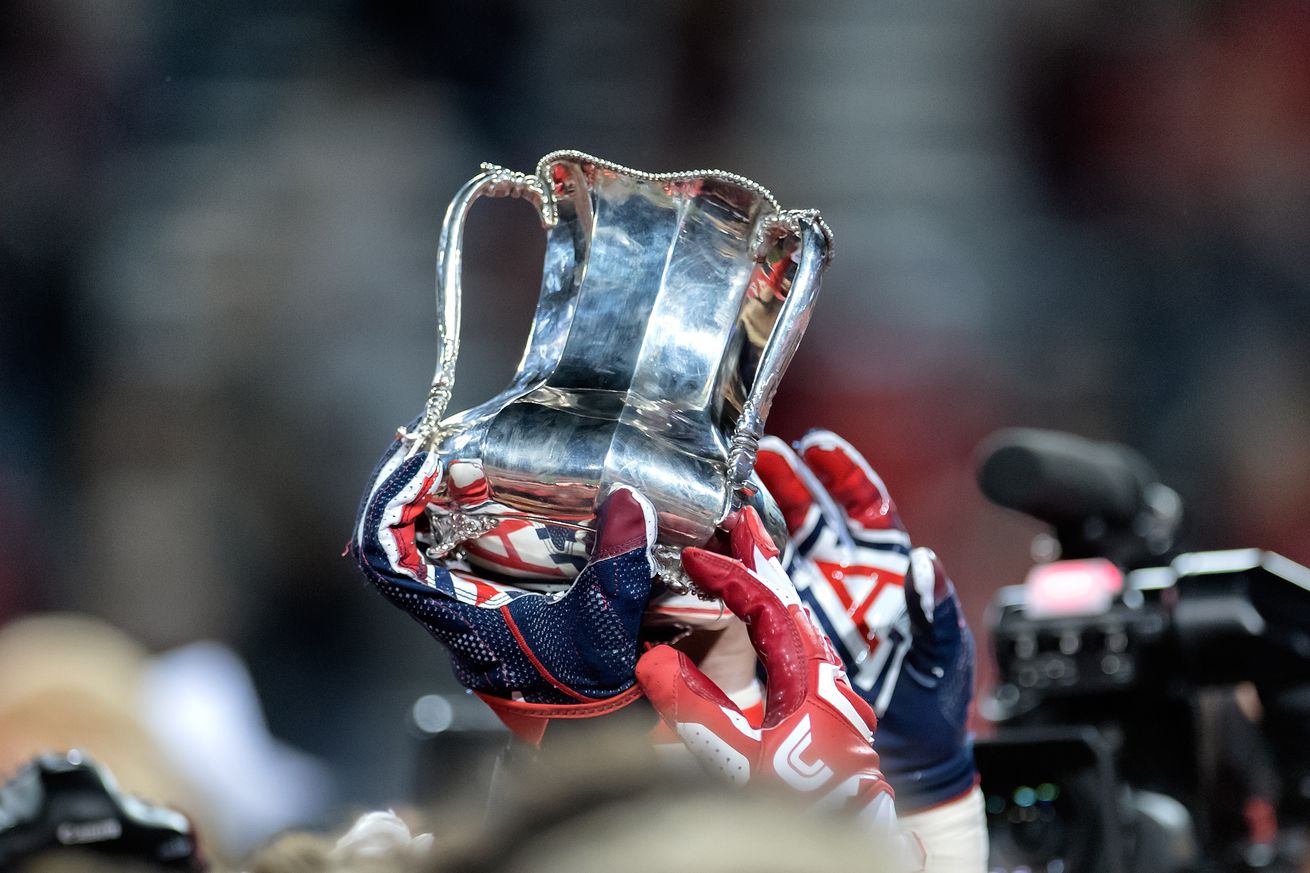 The Arizona Wildcats have their revised 2020 football schedule, and boy does it start with a doozy.

The UA will host ASU in the Territorial Cup on Sept. 26, the first time the Wildcats will have opened the season against their in-state rivals since 1946. This will also be the earliest meeting in series history, with the 1946 clash the last time they played in September, while every meeting since 1949 taking place in November or December.

The Wildcats have lost three straight Duel in the Desert matchups against the Sun Devils, most recently 24-14 to end the 2019 season. Arizona’s last win against ASU came in 2016 when it won 56-35 in Tucson without attempting a pass in the second half.

Here are the schedules for every Pac-12 team:

The Pac-12 announced earlier this month it was moving to a conference-only schedule as a way to deal with the continuing coronavirus pandemic.

Under normal circumstances, Arizona would have been starting preseason training camp this weekend in preparation for the Aug. 29 opener against Hawaii, but that game as well as ones Sept. 5 vs. Portland State and Sept. 19 at Texas Tech were canceled.

Pac-12 commissioner Larry Scott said the revised schedule does allow for flexibility to move around games, if needed, such as the opener. He mentioned ASU-Arizona and UCLA-USC were scheduled as openers so that they can be rescheduled later. Scott noted that Arizona and Los Angeles are both coronavirus hotspots.

That title game will not be in Las Vegas, as previously planned, instead being held at the home stadium of the highest-seeded team.

As for other fall sports like soccer and volleyball, Scott said their schedules will be announced in a few days.