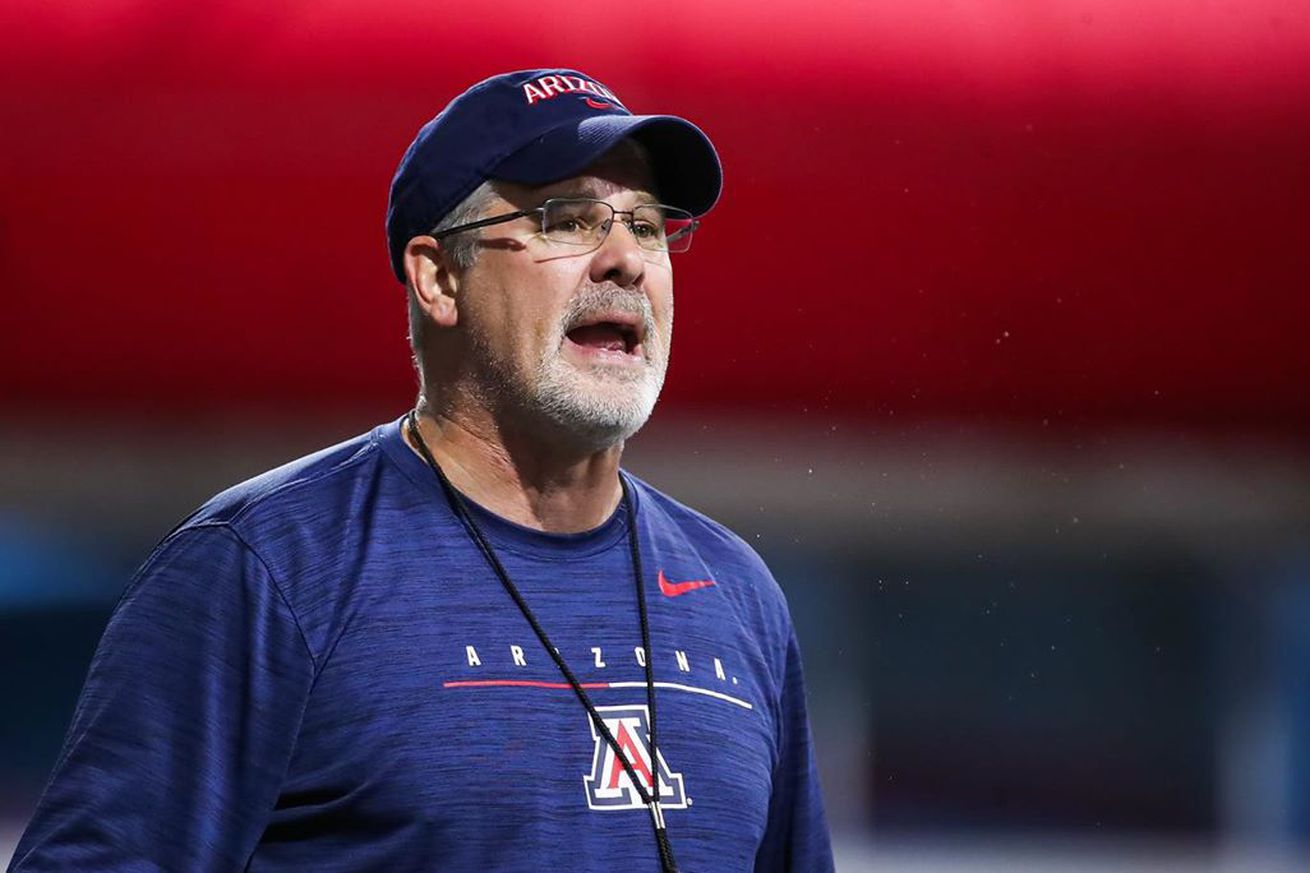 Paul Rhoads was hired to be the Arizona Wildcats’ defensive coordinator almost 300 days ago. In that time only seven of those days have ended with him walking off the practice field.

Keep that in mind when Arizona’s revamped defense takes the field for the first time in a few weeks.

Arizona coach Kevin Sumlin gutted his defensive staff after the Wildcats finished the 2019 season last in the Pac-12 in scoring defense and total defense and second-worst against the run and pass. Rhoads, a veteran coach who ran the Iowa State program for seven seasons, is one of three new assistants on that side of the ball along with line coach Stan Eggen and outside linebackers coach Andy Buh.

And they’re using these first days of camp to learn just what the players they inherited—and have added during the offseason—can do.

“It’s like nothing any of us have ever done,” Rhoads said. “There’s some guys on this staff that have been coaching for a long while—I’m one of them—and this is like nothing we’ve ever done. It’s drastically different from a preparation standpoint.”

Dealing with all of the changes that have come as a result of the coronavirus pandemic is only part of the problem for Arizona. Losing several veteran players to transfer, including the top three tacklers, has made Rhoads’ “what depth?” response to a question back in the spring seem like a simpler time.

Arizona has 14 scholarship defensive linemen available this season but only five linebackers, putting in doubt Rhoads’ plan to run a 3-4 defense.

“It changes it quite a bit from a personnel standpoint,” he said. “Where you go from there is determined on a daily basis. We certainly came here to run a scheme. You don’t scrap the scheme and shift and decide to do something else. However, you begin to figure out what you it is can do with the personnel that’s available to you.”

Among those 19 front seven players are seven newcomers, including a graduate transfer defensive linemen Aaron Blackwell (New Mexico) and Roy Lopez (New Mexico State) as well as some sizable freshmen. Early indications are Derick Mourning will be playing right away at linebacker, though at this point all of the new guys are in the mix on defense.

“I think they’ve known for some time that we’re going to prepare them and practice them with the idea that we’re playing them,” Rhoads said. “I don’t think anything in how they’re being coached right now, how they’re being prepared, is a surprise to anyone. Everyone is operating is like … everyone eligible could be on the field Nov. 7.”

Rhoads said he’s been keeping track of the results so far in college football, watching with “great concern” how strained the defenses have looked. And that’s with many of those teams being able to do at least some semblance of a true preseason training camp prior to the start of school.

“They’ve all had more practices than we’re going to get and they had periods of camp where they had their players all day,” he said. “We’ve got ‘em four hours a day, max, 20 hours a week, max. We don’t have all the extra meetings, we don’t have all the extra walkthroughs. It’s a tremendous challenge for us to get this football team, offensively, defensively and special teams, ready to go and ready to play sound football. The positive is everybody else in our league is doing the same thing. The other 11 teams don’t have an advantage over us. What we’re used to and the preparation that we’re used to, not even close. We’d be lying to you if we didn’t tell you, we’re figuring it out a little bit as we go how best to get these teams prepared.”

With that in mind, Rhoads said the opportunity to be creative is all but out the door.

“I talked to a coaching colleague this past week who is much further along than us, and they’re playing basically about three calls,” Rhoads said. “They thought that’s all they could really, really get taught and go out and execute. We’re trying to give our kids more exposure to more than that, but the closer to game one we’ll decide what it is we need and what it is we can really play. The creative piece might come in the form of some disguise and movement and things like that.”

One compromise that won’t be made: cutting back on tackling drills.

“My number one goal, as we head towards the first game of the season, is to practice and teach our kids how to tackle properly,” Rhoads said. “We will work on that, that one goal, that one priority, every single day.”