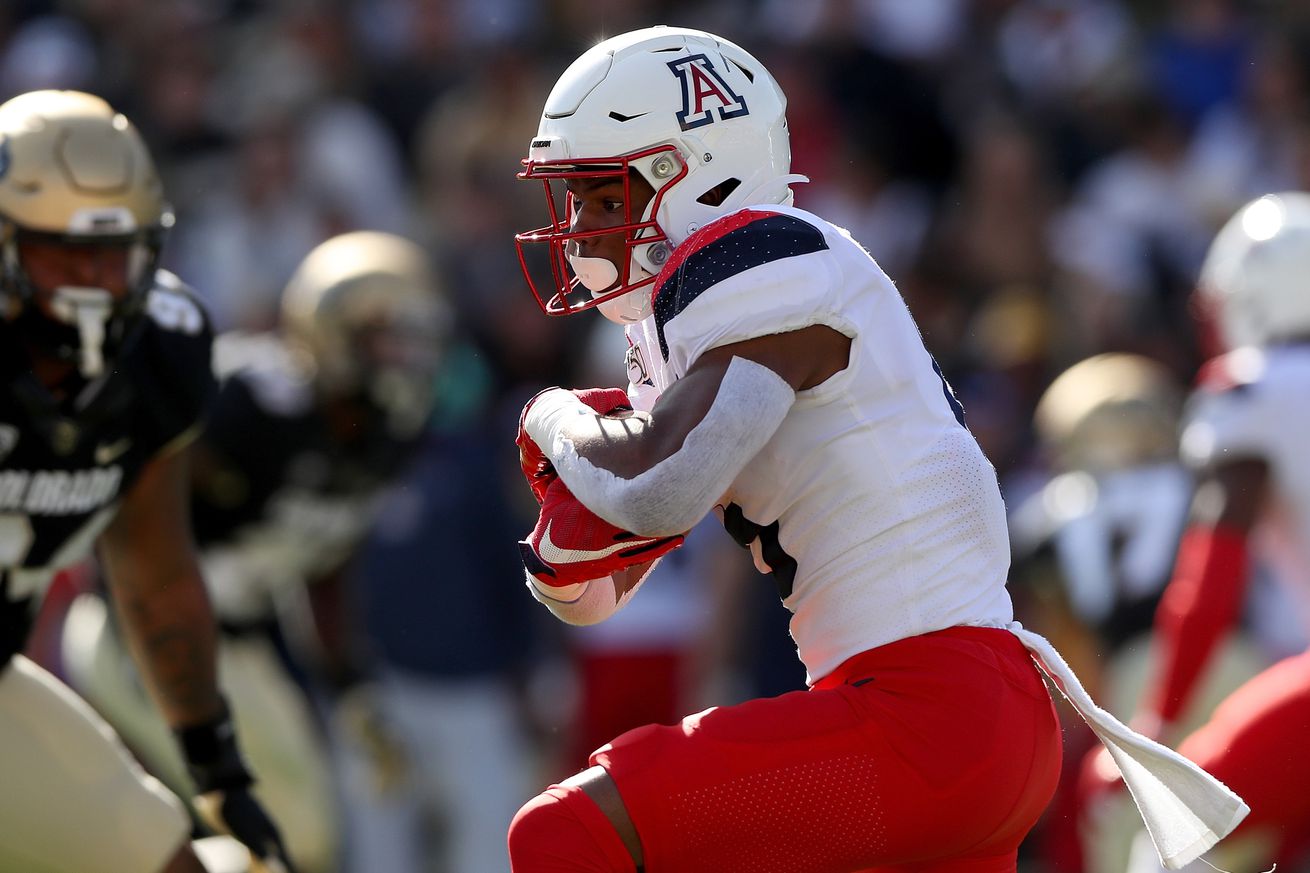 The Arizona Wildcats don’t have many question marks on offense. Or at least that’s the way head coach Kevin Sumlin made it sound after their first scrimmage.

We know Grant Gunnell is QB1 and there will be at least one more week of open competition for the backup spot(s).

We know McCauley is battling a minor knee injury and should be OK for the season opener. If not, Glendale Community College product Steven Bailey will be ready to fill in.

We know the Wildcats plan to go running back by committee with the hard-running Gary Brightwell, a beefed-up but still versatile Michael Wiley, and a bowling ball in Nathan Tilford. Oh, and apparently freshmen Frank Brown Jr. and Jalen John too.

“Jalen is making yards,” Sumlin said. “He’s really heavy handed…and is explosive with point of contact. So the two young running backs I think have really, in the first week, kind of shown why we recruited them, why they’re here. They want to play and that gives us a pretty good situation because Tilford, all he does is make yards. We all know that and he’s having a nice camp. And we all know what Gary’s got, so running back-wise I think we’re gonna be fine there with our depth.”

Pretty much the only thing we don’t know as far as personnel goes is who we can expect to make plays on the perimeter. JuCo tight end Stacey Marshall and freshman wideout Dyelan Miller had their names dropped by Sumlin on Saturday, but he said “all those guys are pushing to play.”

We should have more clarity by this time next week.

“We’re gonna work a little bit more with two tight-end sets next week because of what (Marshall) has done,” Sumlin said. “Our plan this week is we’ll come back, we won’t practice tomorrow, we’ll watch this video and then Monday we’ll get some more installation in. Tuesday we’re in full pads, Wednesday we’ll be in full pads again with probably a red zone, tight zone scrimmage so we can see some physicality out of these guys. And then another big scrimmage next Saturday night. And then we’ll know who we are with two weeks to go, to get ready for game preparation.”