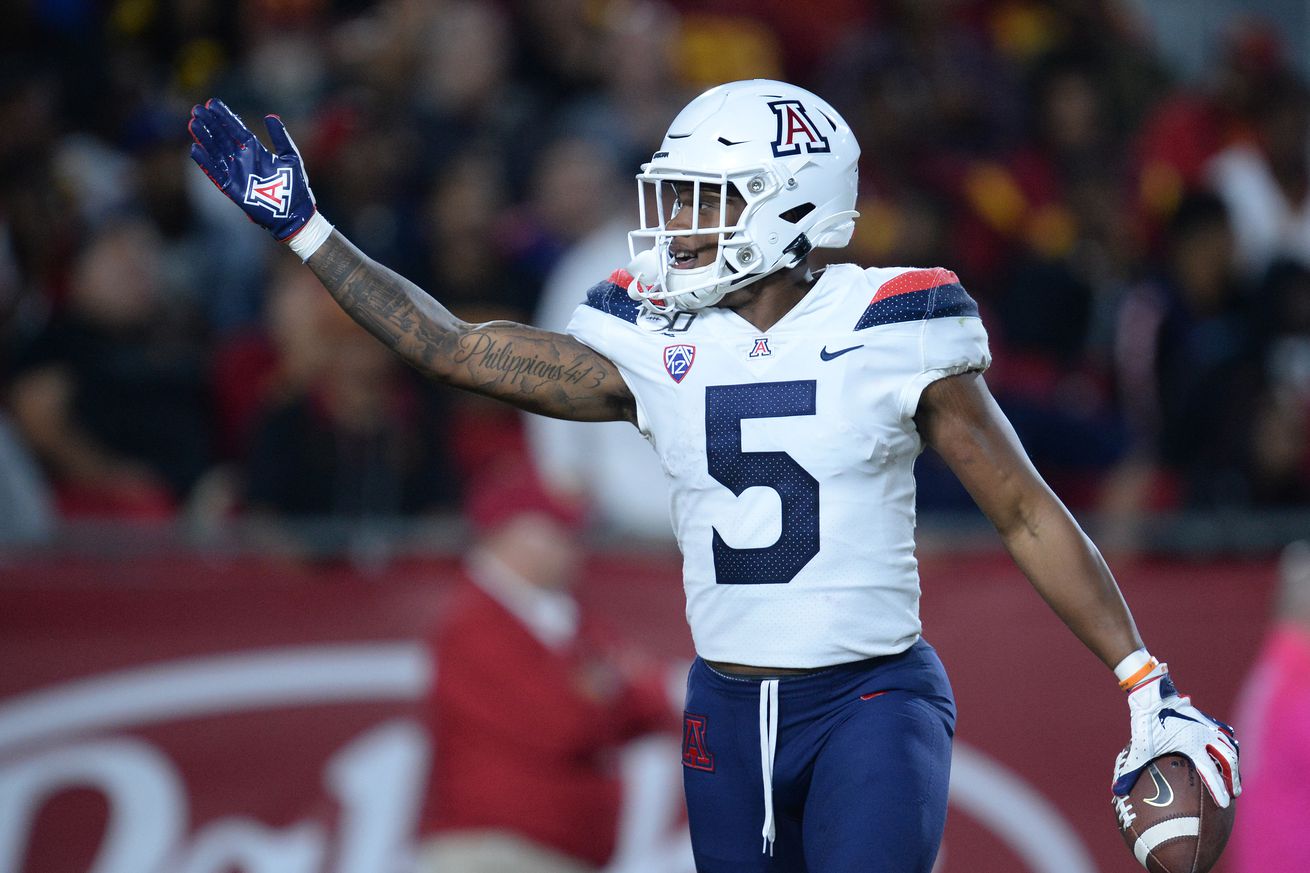 Grant Gunnell completed passes to eight different receivers in Arizona’s opener vs. USC, and he’ll have even more targets to throw to against Washington this Saturday.

Head coach Kevin Sumlin said Monday that wideouts Drew Dixon and Brian Casteel should be good to go this week after they missed the USC game for undisclosed reasons. (We can rule out COVID-19 for Casteel since we have photos in our database of him working out in Arizona Stadium before the USC game.)

Both add unique skill sets to the receiving corps when healthy. At 6-foot-3, Dixon is the second tallest receiver on the roster behind Tre Adams. Casteel is known for his ability to make people miss after the catch.

Arizona could also have freshman Dyelan Miller at its disposal, as Sumlin said he is “questionable” after missing Saturday’s game for an undisclosed reason.

The 6-foot-1 freshman from Centennial High School was the No. 31 player from Arizona in the 2020 recruiting class.