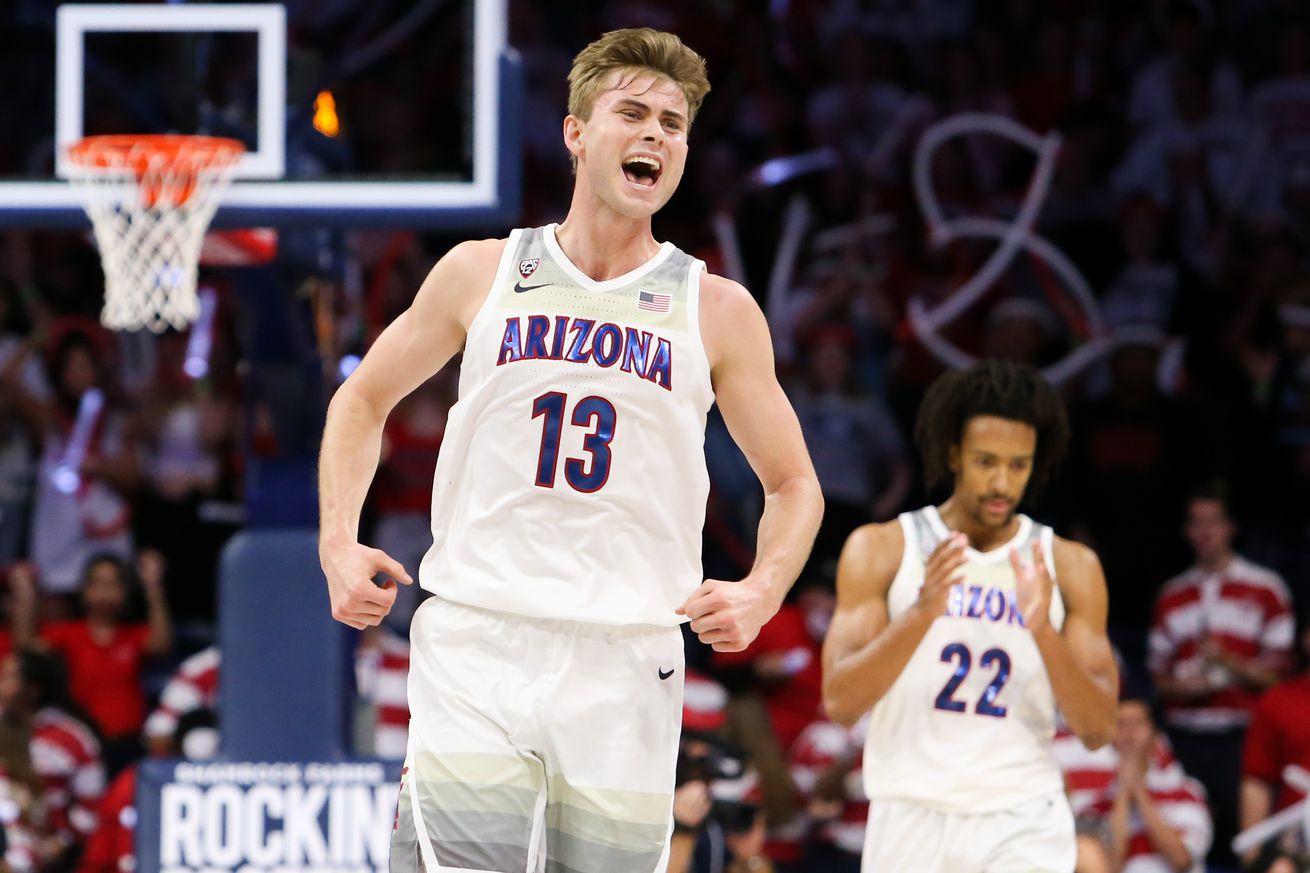 Stone Gettings’ playing career with the Arizona Wildcats won’t stand out from the pack when compared to other transfers who have come to the program under Sean Miller. The same can’t be said about his academic accomplishments during his brief time at the UA.

Named the Pac-12’s Scholar-Athlete of the Year in March, Gettings picked up another scholastic accolade on Thursday when he received a Tom Hansen Conference Medal from the league.

Since 1960-61 the conference has awarded these medals “to each member institution’s outstanding senior male and female student-athlete based on the exhibition of the greatest combination of performance and achievement in scholarship, athletics and leadership,” according to a Pac-12 release.

Gettings earned his Master’s degree in Accounting and Entrepreneurship at Arizona, carrying a 4.0 GPA in the process. That came after graduating with honors from Cornell, where he was a CoSIDA Academic All-American.

Gettings averaged 6.6 points and 4.2 rebounds in 27 games with Arizona, starting the final 16 contests. He shot 48.3 percent overall, 36.6 percent from 3-point range, his best performance a 19-point, 12-rebound effort in a Feb. 1 win at Washington State.

Arizona’s other Tom Hansen Conference Medal winner was Tatum Waggoner, a member of the track and field team who completed a graduate degree in Special Education with an emphasis in disabilities with a 4.0 GPA. Waggoner earned All-American honors in both indoor and outdoor track for her performance on UA relay teams.