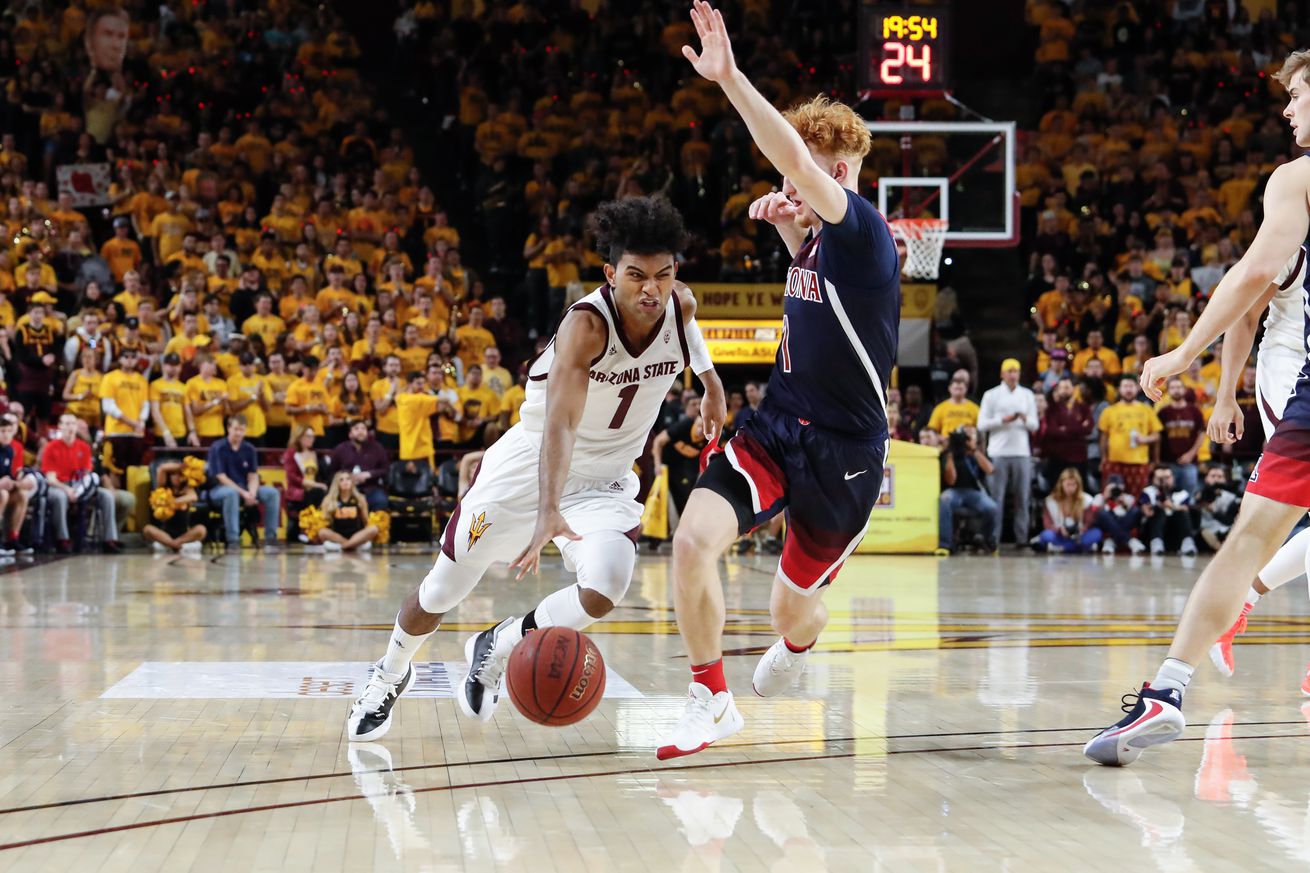 That team up north just got a lot better for the 2020-21 season. Maybe good enough to win its first Pac-12 title.

College basketball insider Jon Rothstein reported that ASU guard Remy Martin has withdrawn from the NBA Draft and will return for his senior season. The Sun Devils’ Twitter account confirmed the news:

Fellow ASU guard Alonzo Verge Jr. made the same decision in mid-July, giving it two of its top players back from last year’s squad.

That duo was deadly against Arizona, with Martin averaging 22 points in the season split with the Wildcats and Verge scoring the game-winning basket as the UA blew a 22-point lead in Tempe in January.

Martin has been tough on Arizona for his career, averaging 20.5 points, 3.8 rebounds and 4.7 assists in six matchups.