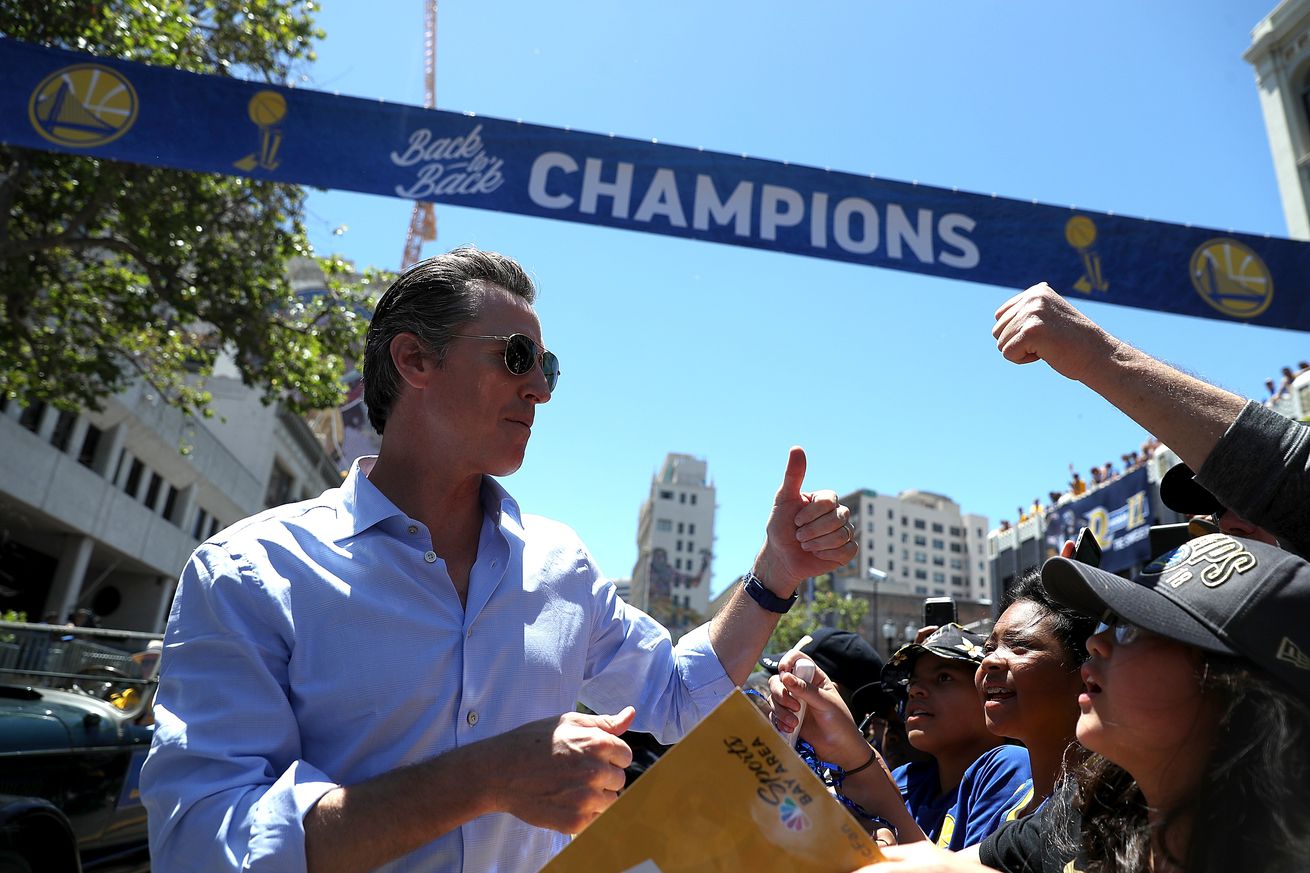 Now that the Pac-12 has secured daily testing machines, the biggest hurdle to returning to competition is getting approval for the California and Oregon universities to begin contact sports.

There might be some good news in that department as California governor Gavin Newsom told reporters Wednesday that “nothing in the state guidelines denies the ability for the Pac-12 to resume. That’s been a misrepresentation of the facts.”

Gov. Gavin Newsom just said that there is nothing keeping Pac-12 universities from playing football games in California.

“Nothing in the state guidelines denies the ability for the Pac-12 to resume,” he said. “That’s been a misrepresentation of the facts.”

The California Higher Education Guidance, released Aug. 7, lays out guidelines that would make it impossible for college football teams to practice, most notably the recommendation to only train in cohorts of only six to 12 players.

Newsom’s statement also directly contradicts what Pac-12 commissioner Larry Scott said after the Big Ten announced it is resuming its season this fall.

“Our universities in California and Oregon do not have approval from state or local public health officials to start contact practice,” Scott said (via the Mercury News).

So…who should we believe? And how is this going to be resolved? The Pac-12 is now under a lot of pressure to get back on the field now that it’s the only Power-5 conference not planning to play football this fall.