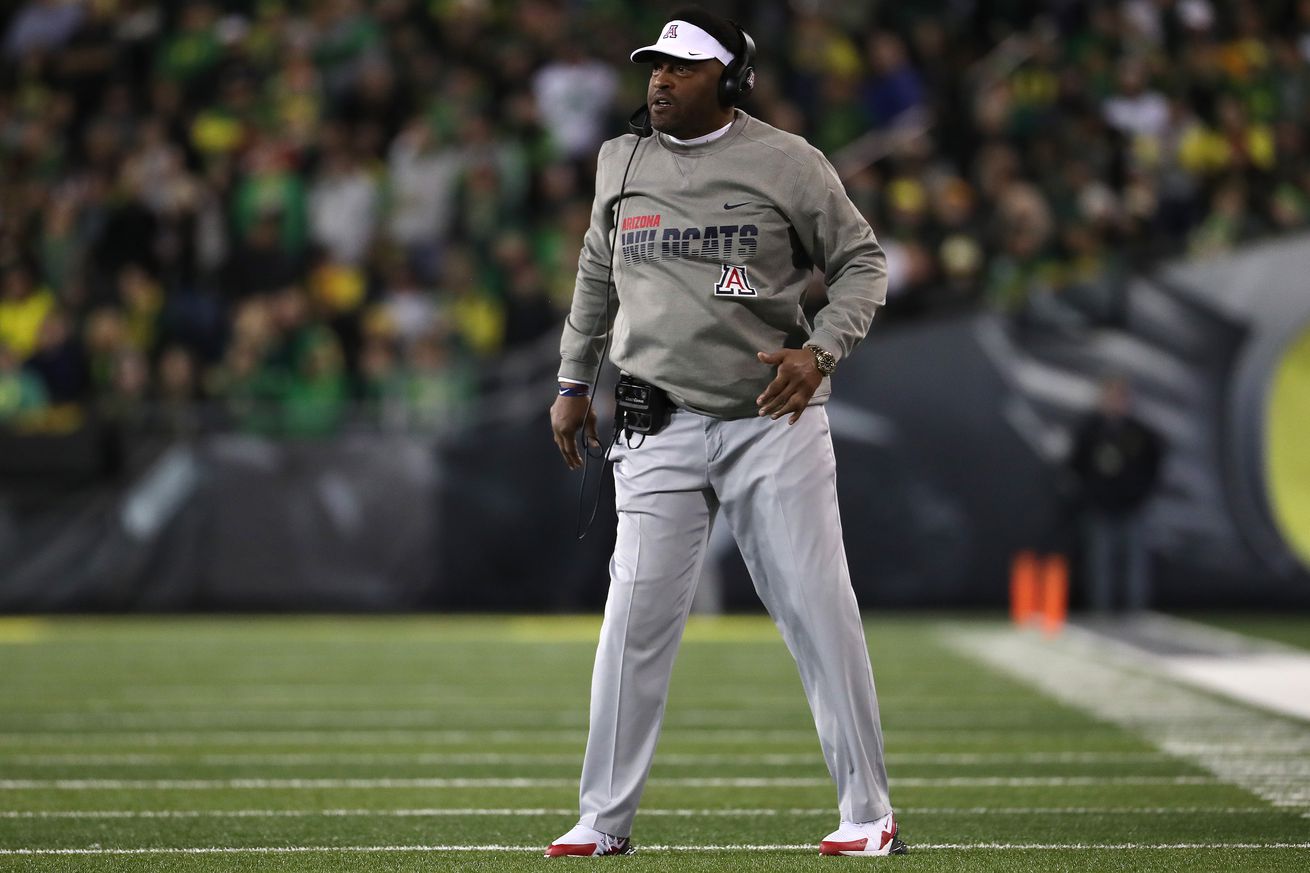 Ask any fan about Arizona football’s current recruiting and they are likely to say that, at the very least, they are pleasantly surprised.

Only a true homer would proclaim to be wowed, but at the same time only a real pessimist would argue that it is as bad — or worse — than expected.

According to 247Sports, Kevin Sumlin’s class currently ranks sixth in the Pac-12, with 20 commits. Their average rating of 84.10 is the second-lowest in the conference, but even then many believe a number of the Wildcats’ 19 3-star commits are actually underrated.

The class took a little while to get started, but since getting on the board as the final Power 5 country to land a commitment back in May there has been a constant cycle of additions.

That it’s all gone down in an unconventional year with the Covid-19 pandemic speaks highly of what the coach and his staff have accomplished.

“Well, we’ve had a lot of virtual visits, which I know that you’ve been on top of that with guys that have been (visiting). We’ve got a different theme every day,” Sumlin said on Tuesday. “I think our staff and Cody Moore, I mean I think we’ve done as good a job as anybody with with our virtual visits.”

Some have generated more headlines than others, with many recent commits also being pursued by programs some would deem to be superior to Arizona.

Even with the uncertainty — if not looming likelihood — of a coaching change, the Cats have landed coveted prospects like QB Clay Millen, WR Tyrese Johnson, RB Montrell Johnson and defensive linemen Ja’Marian Peterson and Ja’Quez Harvey. The additions of LBs DJ Fryar, Kolbe Cage, Jackson Bailey and KC Ossai were also met with positive reviews.

With a handful of spots and talented prospects still available, there is room for the class to improve.

But, with plenty of time between now and when NLIs can be submitted, there is opportunity for it to fall apart.

Unfortunately for a program like Arizona, it is not uncommon to see talent poached before signing day. The Wildcats have flipped a fair amount of players to their side, yes, but with the Cats there is always fear that, well, they simply can’t have nice things.

The first bit of angst came when Peterson happily tweeted about an offer from Mississippi State less than a week after committing to Arizona. That may prove to be too good an offer to pass up on, but for now he is still set to be a Wildcat.

The same can’t be said for athlete Cole Batson, who earlier in the week announced he was no longer committed to Arizona.

As a guest of Wildcat Radio 2.0 this week, Arizona Daily Star reporter Michael Lev alluded to how in his experience Arizona fans tend to be more pessimistic.

“Every time that a recruit gets an offer from another Power 5 school or, quote-unquote, bigger school, everyone just comes out and says oh man, we’re gonna lose him, bye, see ya,” he said. “So there’s this sort of inferiority complex I feel like that a lot of fans have and I get it.”

That comes from, as Lev explained, having never been to the Rose Bowl and struggling to win at a consistent level.

With regards to Batson, at least, our Brandon Combs said the decommitment had more to do with academics than anything else.

Ignoring the fact that Arizona is the Harvard of the Southwest, it’s an understandable decision for a player who values school along with football.

But is Batson the tip of the iceberg? Will more players follow in deciding Arizona is not the place for them? It’s possible.

If you’re wary of getting your hopes up with the recruiting class, that’s understandable. If you’re worried about what will transpire over the coming months, that’s Arizona.

Regardless of where the class finishes and who it is made up of, perhaps some solace should be taken in the fact that the efforts show what appears to be a clear plan.

Sumlin and his staff have been loading up on size and on help for both lines. They have been accumulating solid, possibly underrated players and not setting their sights or putting all their eggs in the baskets of the four and five-star players, few of whom they are likely to get.

The early signing day period is set for December 16. Arizona will likely push to have much of its class locked in around then, because if they don’t sign by December 18 their next opportunity will not come until February 3.

“I think for some guys, the guys who are committed, they feel good about where they are,” Sumlin said. “I think the early signing day is still a great opportunity for a young man in a time that is uncertain.

“Then if they’re certain and they want to sign then, I think that gives the family and themselves some relief in this time.”

Sumlin acknowledged some players may choose to hold off until February. No doubt there will be some hand wringing, if not among the staff then the fan base, over players who choose to wait.

Will they stick with Arizona? Are they looking for a “better” offer? Will they get one?

Could that time only solidify their desire to head to Tucson?

The way things are going, Arizona may still have yet to take the field by the time the second signing day comes around. But when it does, if they have kept the bulk of this class and even added a little more to it, they may still come away with some wins.