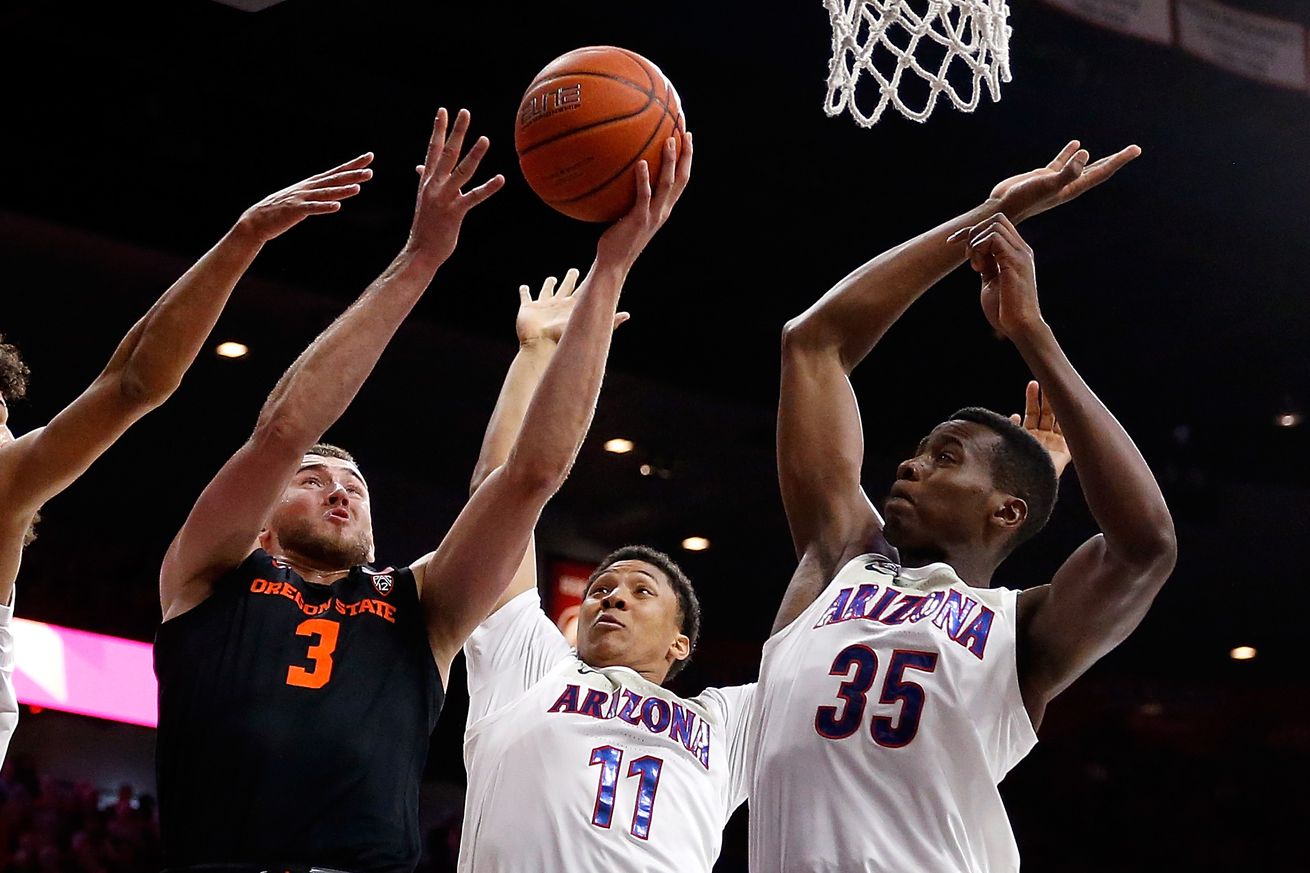 Sean Miller was concerned that the coronavirus crisis would prevent Christian Koloko from getting valuable reps in the weight room this offseason.

The Arizona Wildcats big man recently posted a workout video on Instagram, where it’s obvious he is no longer the lanky 7-feet, 215 pounds he was as a freshman.

Some Instagram stalking sleuthing reveals Koloko has been working out at the Dune Citi complex in Chatsworth, California, the same city that houses Sierra Canyon, the powerhouse prep school Koloko attended before enrolling at the UA.

“I heard the guy that works with him is pretty good. It looks like it,” senior Ira Lee quipped. “He’s finally taking my dang advice and eating.”

In May, Miller said Koloko could return to Arizona at 240 pounds. That added bulk would make him even more of a force in the interior. A project who’s ahead of the curve, Koloko led Arizona in defensive rating, rebounding percentage and block percentage (by a mile) last season.

And with Zeke Nnaji and Stone Gettings both gone, he has a realistic shot of cracking the starting lineup if his gains in the weight room translate on the court.

Even though Lee is in Southern California like Koloko, he has not worked out with the sophomore. Lee resides in Culver City, about half an hour from Chatsworth.

But Lee has trained with Tibet Gorener, the Turkish freshman who attended Orange Lutheran in Orange, California this season.

Lee used one word to describe the 6-foot-8 forward.

“Shooter,” Lee said. “He can really shoot the ball. Like, I mean we already have sharpshooters on our team right now but he can really shoot that ball. And I think once he comes in and we put some muscle on him and he just gets a couple good practices, he’s gonna be special in the future.”

That’s more or less what Miller said of Gorener on signing day.

“He shoots the basketball, off the catch, off the move, really has a great feel for moving without the ball,” Miller said in May. “And I think as he gets bigger and stronger physically, that’s when you’re going to see the best for Tibet. And that’s something we pride ourselves in.”