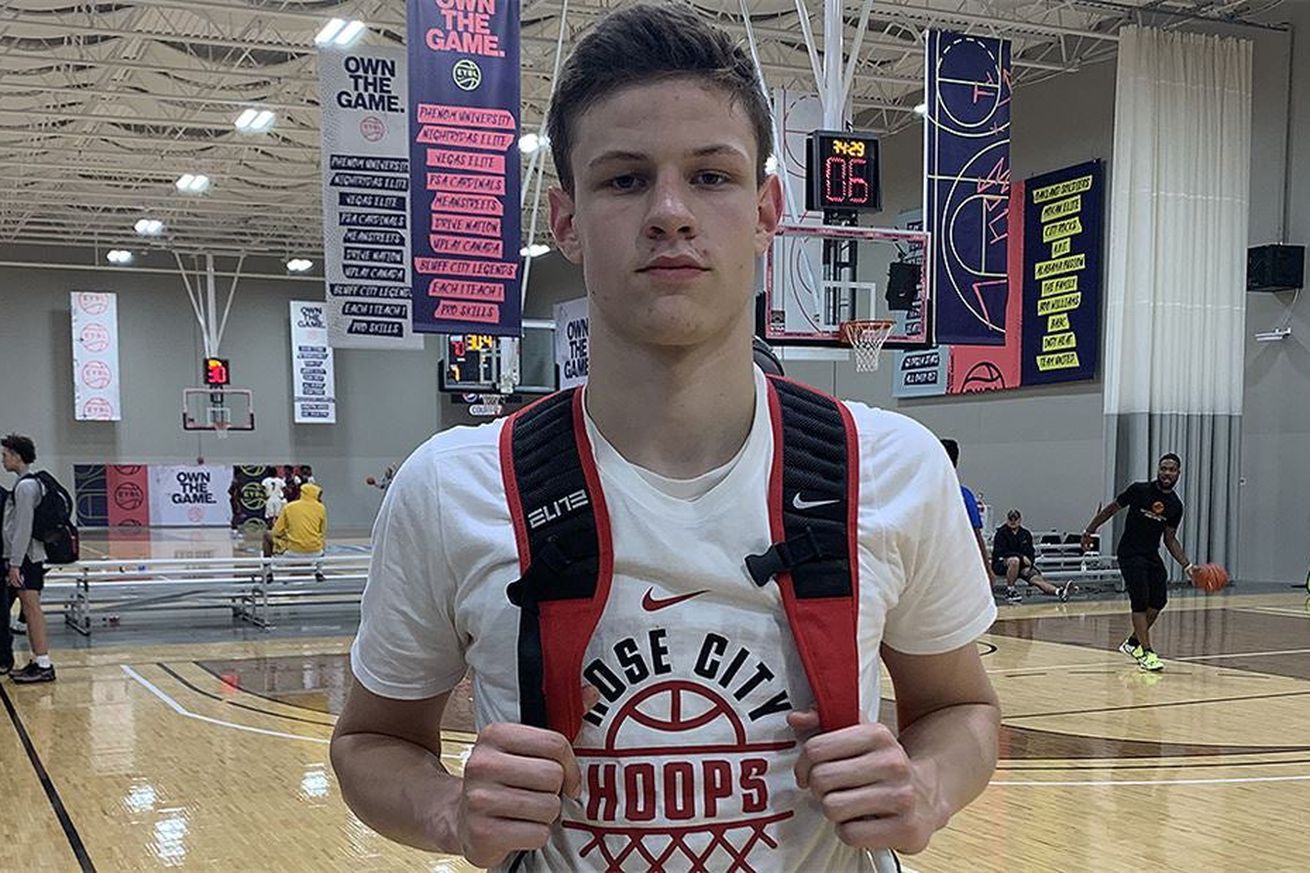 The Arizona Wildcats are still without a commitment for the 2021 recruiting class, though plenty of the nation’s top prospects remain in play. Among those showing a lot of interest in the UA is Ben Gregg, a 4-star power forward from Oregon who told The Oregonian he may commit somewhere “in the next month.”

If that ends up being to Arizona, it will likely be due to how much attention they’ve paid lately to the 6-foot-9, 210-pound prospect from Clackamas.

“Arizona, I’ve talked to one of their coaches every day,” Gregg told The Oregonian. “We’ve built a really good relationship. Sean Miller calls me two-to-three times a week. If I go there, I’ll have a really good chance of turning professional. That’s big for me—what I will do after my three-to-four years in college.”

Gregg is ranked by 247Sports as the No. 60 player in the 2021 class, as well as the 14th-best power forward in the country and the No. 2 prospect from Oregon. The top player in the state, 5-star center Nathan Bittle, is will announce a top four on Friday that is likely to include Arizona.

The other schools Arizona is competing with for Gregg, the reigning Oregon Gatorade Player of the Year who averaged 21.1 points, 9.3 rebounds and 3.3 assists during his junior season, are Gonzaga, Oregon, Oregon State and Virginia.