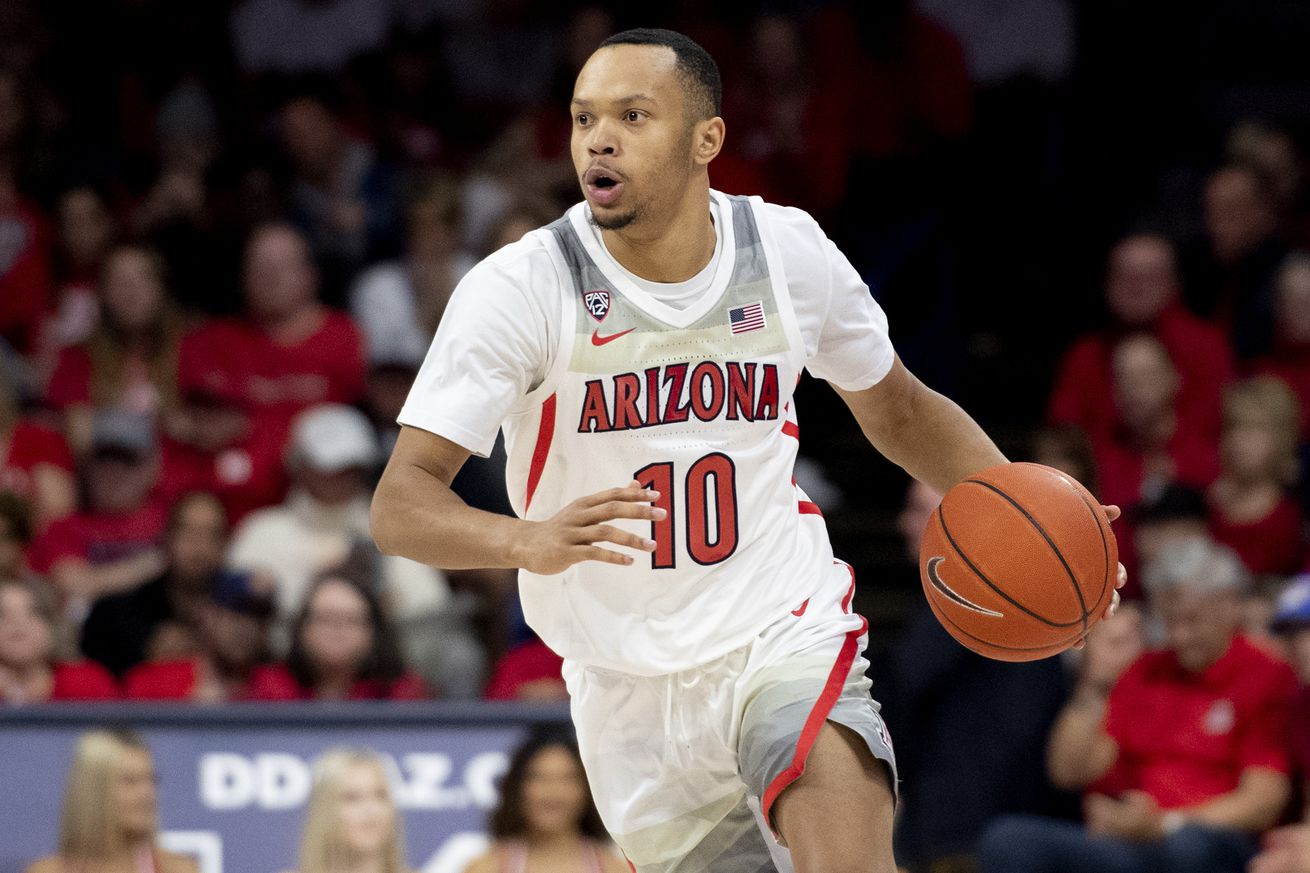 Jemarl Baker Jr. answered questions from reporters from his bedroom on Wednesday as a poster of Derrick Rose throwing down a one-handed dunk hung above his bed frame.

Other than the late Kobe Bryant, Rose is Baker’s favorite player of all-time.

“I feel like everybody really loved Derrick Rose,” Baker said on the Zoom call.

But Baker more than most, and the two combo guards actually have a lot in common.

Rose was named the NBA’s Most Valuable Player in 2011—then tore his ACL the following season and has never been the same player.

The once-explosive playmaker has bounced between three NBA teams over the past three seasons, devolving from superstar point guard to journeyman role player. (There’s a reason Baker referred to Rose in the past tense even though he’s only 31.)

Baker, meanwhile, was once the MVP of Roosevelt High School’s California state title run in 2017 before injuries quickly derailed his college career.

Baker then transferred to Arizona, where he estimates he was only 70 percent healthy in his redshirt sophomore season.

Baker flashed a ton of potential, shooting 55 percent from 3 over his first seven games while posting an assist-to-turnover ratio of 22 to 1, but fizzled down the stretch, making just 32 percent of his field goal attempts in Pac-12 play.

Head coach Sean Miller isn’t sure if Baker ever hit his stride.

“I messed up my hip right before the season and that kind of trickled down to my knee being aggravated as well, so that really hurt me defensively,” Baker said. “I felt like I couldn’t move at times. … And being healthy, it gives you another sense of confidence in yourself and in what you can do. When you’re hurt it’s kind of hard to have that confidence in every game that you go into because you just know you’re not at your best.”

The coronavirus crisis is helping Baker get back on track. The extended offseason has been a “blessing in disguise” for the oft-injured guard, giving him plenty of time to recoup mentally and physically from what he described as a “pretty hard” season.

Baker reads books to help him recover from the mental toll of his injuries, while tweaking his diet and maintaining a rigorous workout routine to rehab from the physical toll.

Every morning, Baker works on form shooting with his father in their backyard, careful not to do too much pounding on the hard concrete court.

Baker meets up with his strength trainer Ryan “Bulldog” Shrader in the afternoon, either at Baker’s house or Shrader’s facility in Murrieta, California.

In the evenings, Baker heads to a local gym for more intensive on-court workouts.

“I’ve been working on different things like getting up the court faster, getting downhill and finishing, doing other things to work on my explosiveness…to get a lot of things that I had before I got injured,” he said.

Baker and his Arizona teammates were supposed to report to Tucson for team workouts in early July, but those plans were scuttled by the coronavirus crisis. Now it’s uncertain when they will arrive on campus. Sometime in August is the hope, but who really knows at this point.

Only a six-hour drive from Tucson, Baker is ready to report at anytime, but he actually prefers his quarantine routine.

Baker’s body is “feeling good” these days, but he knows it will take a lot to keep it that way.

Baker said it’s too early to know what kind of role he’ll have with the Wildcats this season, though he is expected to see more time at shooting guard now that they have more ball-handlers like James Akinjo, Kerr Kriisa and Terrell Brown.

A redshirt junior, Baker is one of the oldest players on the roster and plans to be a leader for Arizona’s seven newcomers.

At the same time, he’s hoping for a fresh start of his own.

“This is going to be, hopefully, my first healthy season in college basketball,” Baker said. “So just being able to showcase everything that I can do at a high level is what I’m looking forward to.”