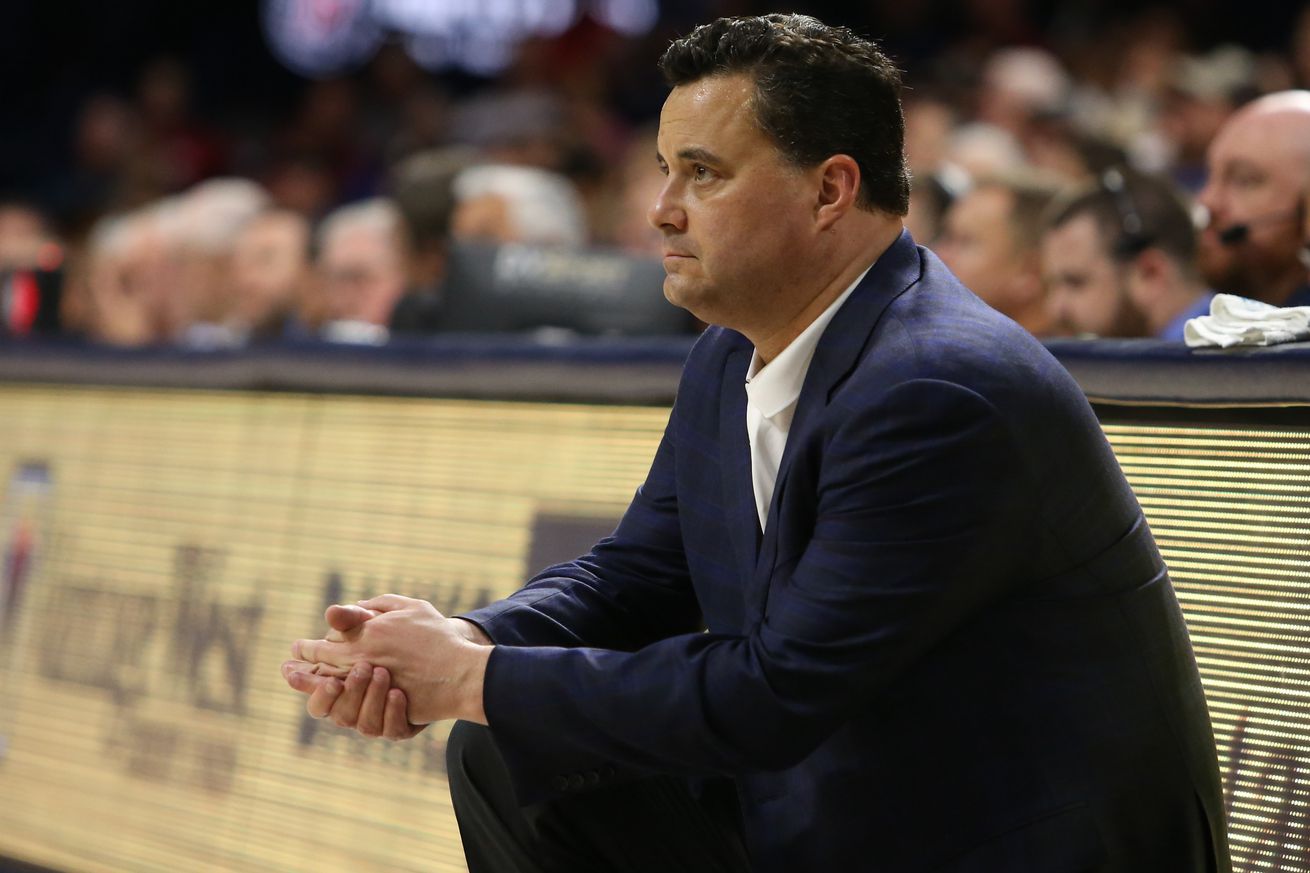 Travel to US for foreign recruits could delay their arrival

In less than two weeks Arizona Wildcats athletes will begin returning to campus, with a handful of football players being the first to come back for voluntary workouts.

Per the Pac-12’s protocols, those athletes who come back starting June 15 must be tested for COVID-19 before being able to participate and will be subjected to weekly testing after that.

Athletes from other UA sports are set to return at a later date. The men’s basketball squad is loosely targeting some time next month, coach Sean Miller said Tuesday during video conference.

“I would say the earliest they would be able to come back is some time in July,” he said. “We’re preparing to have, at least, all of us all together at some point this summer.”

Just getting everyone to Tucson will be an adventure in and of itself.

As it stands, six of Arizona’s seven incoming freshmen hail from outside the United States, though Turkish small forward Tibet Gorener played high school ball in California this past season. Travel is currently banned to the US from most parts of the world, including Europe, where four of the newcomers live.

“Everybody is preparing for a fall semester, in-person classes, but that date doesn’t come until August 24,” Miller said. “We still have almost three months until that time comes. I think the world will be a different place then. We’re confident that they’ll be able to, like they always have, be able to attend a university of their choice, be a part of our country and be able to leave their country and do something. We’re not there yet.”

In the meantime, Zoom meetings are being held both with returning players and newcomers—the latter group cannot be included in any team activities, even virtual ones, until they’ve graduated and enrolled at Arizona, Miller said—that are starting to focus on what to expect when they come back to campus.

What exactly that is, he said, will depend on when that happens and what the protocols are at the time.

“We’re going to follow protocols so their safety is put number one,” Miller said. “If that means that we have to wear a mask we’ll wear a mask.”

“One thing about basketball that is unique is, most of our work in the summer is in small groups,” he said. “And a lot of our work is skill and non-contact. If you take those two things into consideration, and the overall size of our roster, it’s easy to break our roster into small groups.”