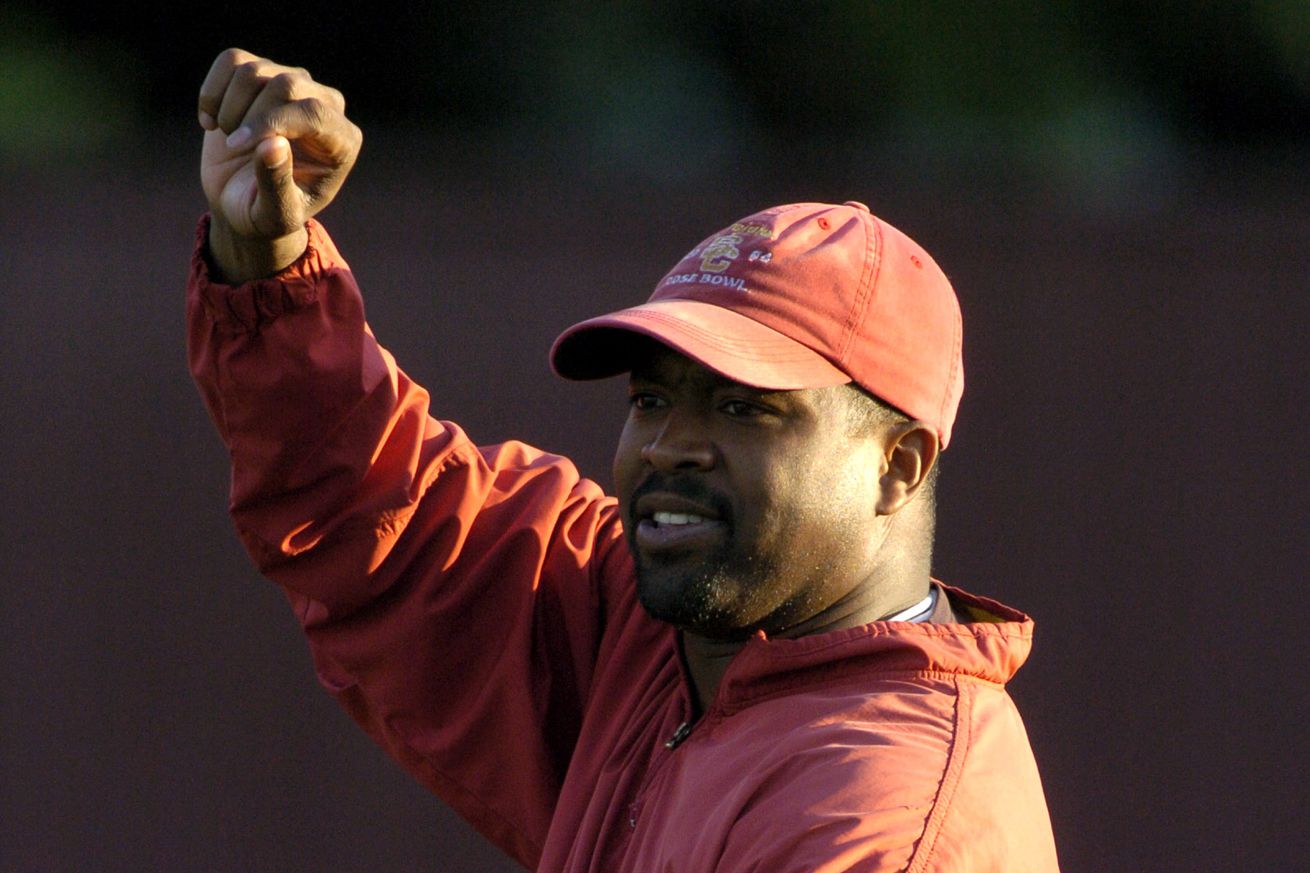 When discussing the long hiatus this offseason, Kevin Sumlin and his assistants have been quick to point out that the Arizona Wildcats at least got in four practices during the spring before everything shut down.

Greg Burns can’t share that sentiment. That’s because he was hired as defensive backs coach on March 9, replacing Demetrice Martin (who left for Colorado a week earlier) in between when the UA had its last practice before going on Spring Break and when college sports were halted during the coronavirus pandemic.

Luckily for him, Burns had some prior knowledge of at least two of Arizona’s top players in the secondary thanks to previous stints coaching in the Pac-12.

He recruited redshirt senior cornerback Lorenzo Burns during his time at Cal (2014-16), and while at Oregon State in 2018 and USC in 2019 was in on those schools’ efforts to land sophomore corner Christian Roland-Wallace.

“I definitely knew about (Lorenzo) Burns way back from recruitment,” Greg Burns said Friday via Zoom. “I actually was the first Pac-12 school to offer him when I was at Oregon State, so I knew about him way back then. Then I ended up leaving Oregon State to go to USC. I knew that we were looking for another (corner), and I was like, ‘hey, I know a good corner.’

“I’m happy that I get a chance to get my hands on him,” he said.

Burns will be leaning heavily on that duo to anchor a secondary that is very thin both in terms of experience and scholarship players. Graduation and transfers have left Arizona with only eight scholarship cornerbacks and four safeties, and as a result the online roster lists all 12 (as well as seven walk-ons) as defensive backs.

Don’t expect much crossover between the position groups, though, barring injury, Burns said.

“I usually like trying to establish guys so that they can play their base position,” he said. “But, in my time when I do have an entire secondary, it tends to happen to where someone’s going to get injured. And because everyone’s in the same room and they’ve been listening, maybe a corner can jump into a safety or a safety can jump into nickel because they’ve been listening to all the verbiage and communication. Going into it, I kind of want guys at their spots.

Lorenzo Burns is the grizzled vet of the group, a fifth-year player with 35 career starts at corner. He went through Arizona’s Senior Night festivities last November but opted to come back for another year, and his coach expects him to be the “ringleader” of the group.

On the more vocal side are Roland-Wallace—who started eight games as a true freshman, including the final six—and redshirt senior safety Jarrius Wallace, who has nine started among his 36 games played.

“The cool part is this group, I’ve got multiple leaders,” Burns said. “It’s not one person, I think it’s multiple, I encourage it. I don’t care if it’s a true freshman who has something to say.”

That trio are known quantities, as is junior safety Christian Young, who started twice at corner as a freshman and six times at safety last year. After that it’s a lot of unknown, as junior McKenzie Barnes is the only other player who has started at the Division I level.

“I’m curious what Malik (Hausman) is going to look like when the lights are on, I haven’t seen much of him on film,” Burns said. “McKenzie Barnes has shown some good stuff, he’s showing some versatility, but I’ve gotta see him in live action. There’s a lot of potential there.”

Lorenzo Burns isn’t worried about the lack of experience in the DB room, though.

“I’m confident in our guys back there,” he said. “Everybody’s excited to play. That’s the one thing I’m excited to see, just a whole bunch of guys ready to ball. They had an opportunity to learn from the best, from the guys who were here last year. Jace (Whittaker) is now on a 53-man roster, that’s a great tool you can pick up on from him.”