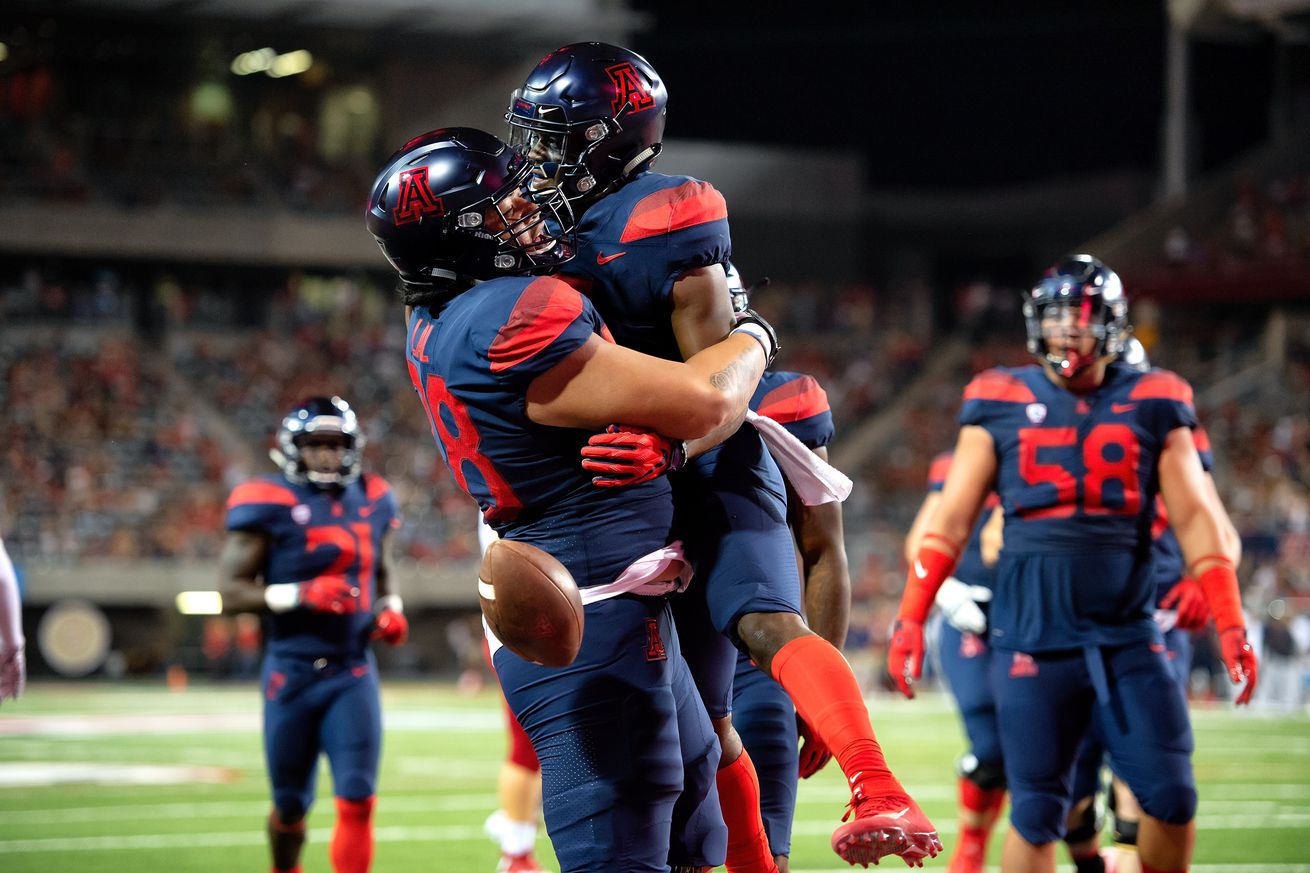 Donovan Laie said personal issues caused him to rethink his future with the Arizona Wildcats.

The star lineman declined to dive into specifics with the local media Thursday, but his father, Chris, passed away last November and the two were extremely close. Laie’s sister also went missing this summer, though thankfully she returned home safely.

To deal with it all, Laie said he felt the best thing he could do was transfer to a school near his hometown of Oceanside, California, so he could be closer to his mother and six siblings. He announced his decision to leave UA on Sept. 29, calling it “probably the hardest decision for me to make.”

Clearly, because he rejoined the Wildcats less than 24 hours later. It turns out they already had what he was looking for.

“I came back just because I felt like I was leaving family behind,” Laie said.

They assured him he was a valued member of the team, something Laie said he had been wanting to hear.

And he believed them.

“It’s kind of like family away from family, just having people out here that I know have my back no matter what,” Laie said. “People seem to be genuine and that’s something that I look into when I build relationships with people, and that’s another big factor on why I didn’t want to leave because I know a lot of genuine people here.”

Everyone knows how important Laie is to the team.

He started all 24 games over the past two seasons, emerging as one of the top left tackles in the Pac-12. As a true freshman in 2018, Laie only allowed a quarterback pressure on 2.1 percent of his snaps, the third-best mark in the conference.

Thus, the news of him staying elicited the kinds of responses you’d expect. Mazzone didn’t even need to use words to describe his reaction, simply smiling and thrusting his arms into the air instead.

“It was tough to see him make that decision, but I think after that happened, we kind of came together as a family and we showed that this is the culture that we’re trying to build here as a community, as a team that that we want to continue to progress towards,” said senior center Josh McCauley. “And when he decided that he’s going to stick around, it was great to hear. I love playing next to him and he’s a great football player.”

And, by all accounts, a great person to build a team around.

“Because he’s just an awesome kid that, for lack of a better word, works his butt off,” DeVan said. “He’s quiet and that’s who he is naturally, but yet he has the command of the team. He’s not a man of a bunch of words, but when he speaks guys listen, and that’s I think what what being an offensive lineman is about.

“I think everybody embraces that, and when you have a guy like that not only can kick your ass on the field, but then hug you when you’re down to try to pick you up, that’s the type of leader we want.”

Laie’s focus now is on learning a new position. He almost exclusively played left tackle in his first two seasons at Arizona, but started two games at left guard late last year and the plan is to move him there full-time.

With sophomore Jordan Morgan progressing nicely at tackle, DeVan—who played and coached in the NFL—thinks moving Laie to guard is best for the team and his potential at the next level.

The two discussed that when Laie was on the fence about his future.

“At the end of the day Donovan can play tackle in our league, there’s nothing wrong with that,” DeVan said. “But he can really be a strong, athletic guy. Because when you project to the next level, you like those guys that played tackle in college that can move inside, that have the girth, that have the stout and that’s what Donovan has. So we’re trying to get him ready and just trying to show him that you fit this position.

“Obviously he’s had a great career here, started every game for two years, so he’s on the right trajectory. And with the right time put in studying the game, perfecting this technique, he can play at that level. I’m excited to work with him.”

The only other time Laie has played left guard was briefly in high school when injuries left his team short-handed. But he said he’s willing to do whatever it takes to help Arizona win and his chances of reaching the NFL.

“I feel like I have a trait where I can adjust to whatever’s thrown on me,” Laie said.

He proves that every time he steps on the field.

“I’ve just been battling with a lot of things, trying to stay on track with football but still trying to take that time for myself to adjust to losing someone very important to me,” Laie said. “It’s been rough, but I have a good family, I have a good support system, so I feel like it’s made it easier in a way. But it’s still a process.”