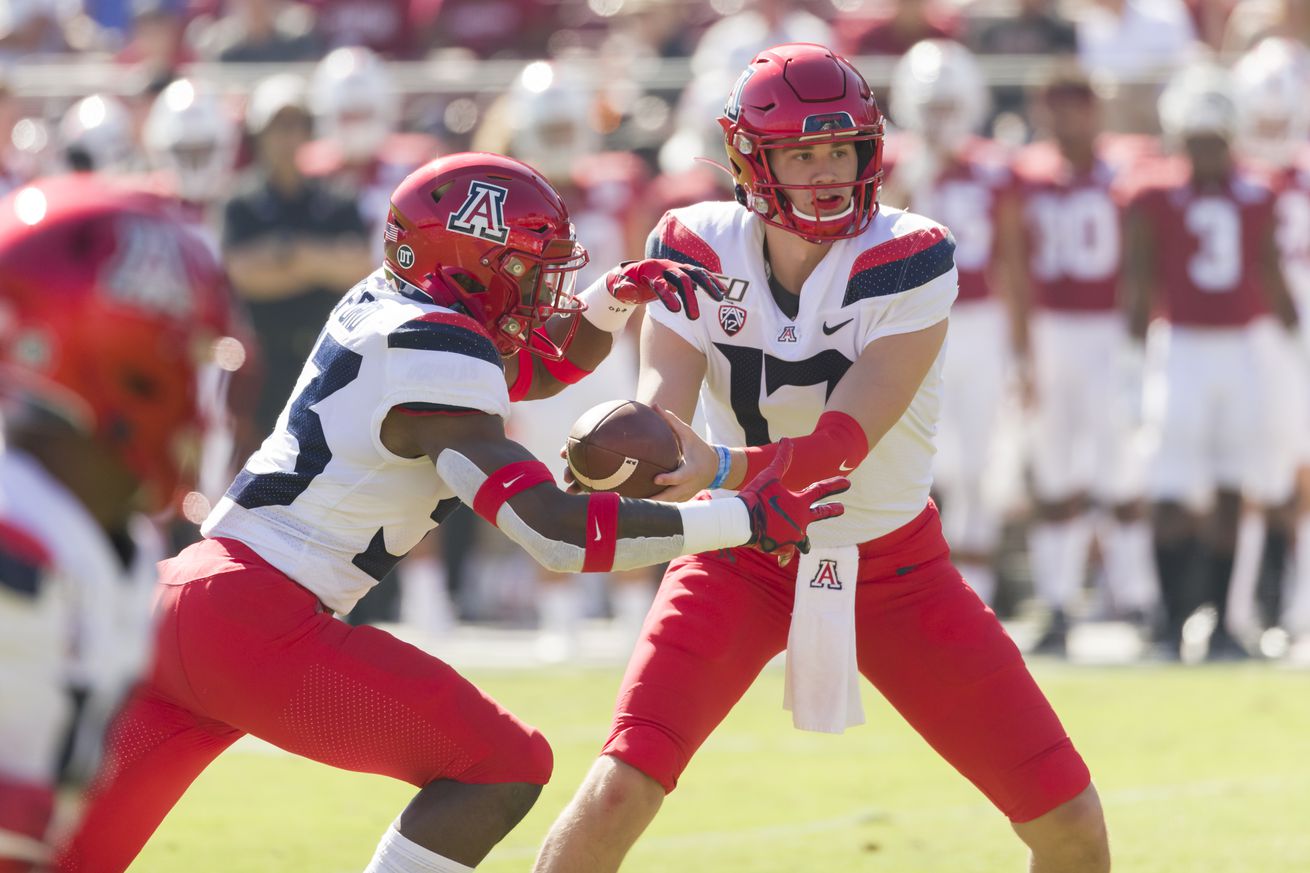 When Arizona takes the field at Arizona Stadium on Saturday it will have been more than a calendar year since the program last won a game.

The 406 days since the Wildcats went on the road and beat Colorado have seen the team lose seven games, replace its entire defensive coaching staff and watch a handful of starters leave the program, some of which did so via transfer.

Their coach was also placed firmly on the hot seat and a pandemic made a mess of pretty much everything.

Oh, and their first game of the delayed 2020 season was canceled.

In other words, things are not exactly going great for Wildcat football and the usual optimism that surrounds a season opener is mostly absent.

According to the oddsmakers, this game against the University of Southern California — which takes place at Arizona Stadium — is not supposed to be too close.

For the Wildcats this game, much as will be the case for this season, is less about wins and losses than it is about signs of progress. No doubt simply being competitive was not the goal for year three of the Kevin Sumlin era, but that’s where things are.

The Cats were barely competitive during their season-ending losing streak, with the defeats coming by an average of nearly 21 points per game. Against the Trojans, for example, a moderately competitive first half that finished with the Cats down 17-0 finished gave way to an even worse second half, with Arizona ultimately falling 41-14.

The 2019 season represented a clear step back from 2018, which itself was worse than 2017. For Sumlin’s sake — and that of the program — 2020 needs to be the year where things start moving forward again.

What does that look like if not wins on the schedule? It is said there are no moral victories in sports, and largely that’s true. But when you’re trying to build (or rebuild) a program much can be gained in the journey, and that’s the case for this year’s team.

The most important thing to watch for will be the quality of Sumlin’s recruits. Though his classes have not been highly regarded, this season — especially after transfers — will see the bulk of the production come from players brought in by this staff. The initial depth chart showed seven offensive starters and seven defensive starters who carry that label, with more on special teams.

In all, 34 players on the Week 1* depth chart came to Tucson to play for Sumlin.

A deeper look at the depth chart as well as the players themselves shows the difference in style compared to the previous regime. There is size along both lines and at receiver along with a quarterback whose greatest skill is throwing the football.

Will any of it matter?

If Grant Gunnell is every bit the star ProFootballFocus thinks he is that would be progress.

If Boobie Curry, Christian Roland-Wallace, Jordan Morgan, Kyon Barrs and Kwabena Watson improved to the point where they are reliable playmakers, that would be progress.

If the offensive line, besieged by injury last season coalesces into a formidable group, that would be progress.

If the defense is at least well coached, that would be progress.

None of any of that means Arizona will be good, though, and all of those things could happen and the Wildcats could still lose to USC as well as most of the opponents on their schedule.

They are likely to suffer from a talent deficit in most games and at least early on their defense figures to be a giant question mark, if not outright liability.

With so many new pieces in place there is opportunity for legitimate growth.

The Wildcats checking a few of the aforementioned “ifs” off the list early on would put them in a good position for that final stretch, which if it goes well could leave everyone with a decent taste in their mouth heading into 2021.

Ultimately that’s what it’s all about for this team. No one should be expecting greatness, but if 2020 reveals a program with improved talent and a competent coaching staff they will likely be in most games and if you keep it close anything can happen.

If the 2020 Cats look markedly better than the 2019 team, especially the players who were brought in by this coaching staff and will be back next year, the season would provide some value and reason to believe better days may be ahead.

Then again, it wouldn’t hurt to snag a few wins along the way. After all, it’s been a while.