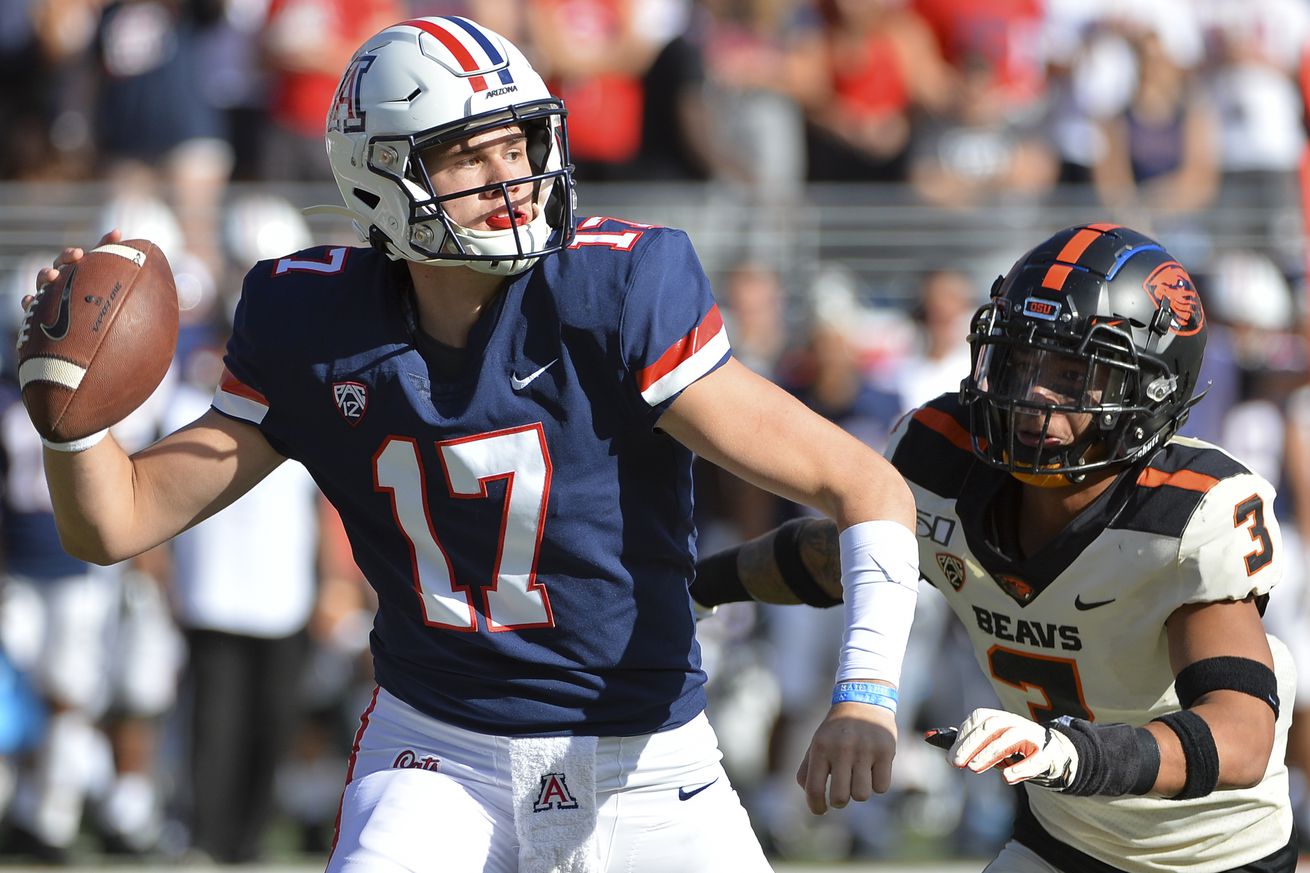 According to most prognosticators, the Arizona Wildcats are not going to be too good this upcoming season.

I really hope they get to play anyway.

Not because I am confident they will surprise everyone and contend for the Pac-12 South title, although I do see a world in which they are much improved from what we saw last season.

And I don’t feel that way just because I’m desperate for football and can’t stomach the idea of a season not being played, even if that undoubtedly is part of my thinking.

No, the main reason I want to see the Wildcats take the field for as much of a season as is possible is because it will tell us all we need to know about the direction of the program.

Is Grant Gunnell the real deal? Will the new coaches help the defense to take a step forward? Is Kevin Sumlin the right man for the job?

Until the games happen the answers for those questions vary, with the most likely choices being some combination of maybes, hopefullys and not likelys.

Nothing is certain, not yet, and it can’t be until players are back on the field.

Until then all we’re left with is an odd mixture of key players leaving the program and a 2021 recruiting class that, if we’re being honest, thus far is better than most of us anticipated.

That very combination would seem to place the program at odds; on one hand, starters don’t usually leave unless they have no faith in the coaches or school, which would be understandable given that the Wildcats have amassed just nine wins in two seasons under Sumlin. However, on the other hand landing recruits such as Tyrese Johnson, Clay Millen, Stevie Rocker and Montrell Johnson indicate there is confidence in what’s happening in the Old Pueblo.

No matter where you fall on the spectrum, be it pessimistic, optimistic or somewhere in between, no one can with certainty say you’re wrong.

Which is why we need a season to happen.

At this point we know Arizona will not play its previously scheduled non-conference opponents, which takes what was likely to be at least two wins off the table. There was a decent chance a moderately-improved Wildcats would have won all three games, getting them halfway to bowl eligibility while surely providing some optimism for the rest of the slate.

Now the talk is of a different Pac-12 slate, one that would add a road game to Arizona’s schedule against what should be a pretty tough Cal team.

That’s not helpful, but as I wrote last week, none of the scheduling changes or offseason craziness should provide an excuse for Sumlin. He’s not the only coach dealing with this and, to put it bluntly, his first two seasons in Tucson have not earned him the benefit of the doubt.

That’s why this third season is so pivotal for both the coach and the program. On-field improvement, coupled with what seems to be a resurgence in recruiting, would indicate Arizona should maintain its course.

Trust the process, if you will.

If the Wildcats struggle, though, Dave Heeke would be wise to find a way to come up with the money necessary to make a change. If he needs to but can’t, the program could be set up for a run not unlike what we saw in the early 2000s.

Already struggling with attendance and enthusiasm, Arizona could not afford to let the football program become a perennial bottom dweller.

Rich Rodriguez took the Wildcats to bowl games in five of six seasons while winning a Pac-12 South title in one of them, so there’s no reason why things can’t get better.

Unfortunately we won’t know if things are improving, under a revamped coaching staff that is finally guiding a roster primarily made up of Sumlin recruits until the games are played.

To that end, Heeke thinks a season will happen, either in the fall or early next year.

For the sake of the program, let’s hope he’s right.