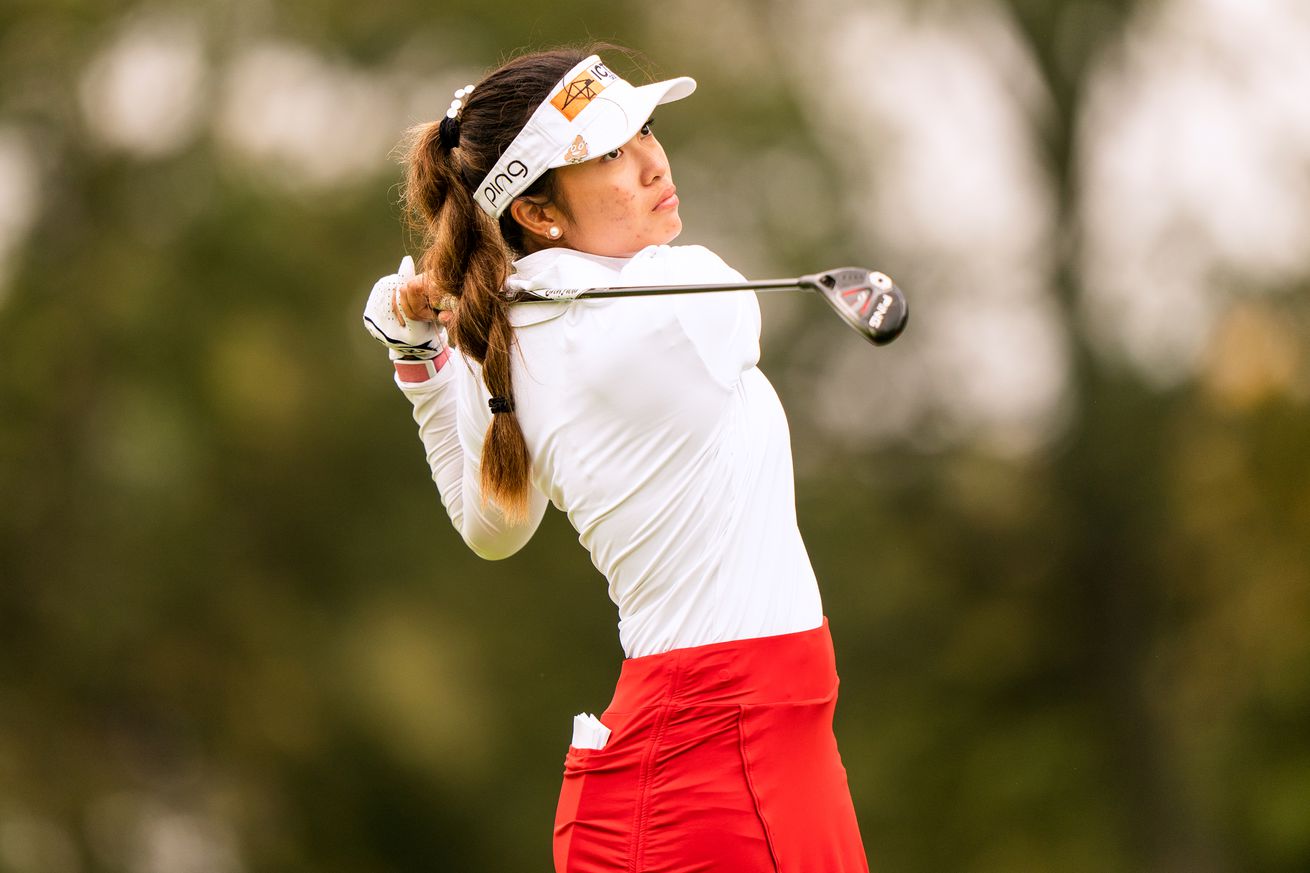 Photo by Darren Carroll/PGA of America via Getty Images

Former Arizona golf standout Bianca Pagdanganan knocked in a birdie putt on the final hole of the KPMG Women’s PGA Championship to earn a top-10 finish in her first ever LPGA major and score a ticket to the U.S. Women’s Open in December.

Pagdanganan entered the tournament ranked 712th in the world with less than $20,000 in career earnings. A ninth place finish gives Pagdanganan a $83,765 payday and confidence that she can hang with the world’s best.

Pagdanganan shot an opening round of 77 at Aronimink Golf Club in Newtown Square and followed that up with back-to-back 65s.

On Sunday, Pagdanganan played alongside Inbee Park, one of the most successful golfers in LPGA history and a role model for Pagdanganan growing up.

“That was crazy because I remember the first time seeing her was I think two years ago and I was an amateur,” Pagdanganan told reporters Sunday. “This was in Singapore and it was the first time they hosted the Women’s Amateur Asia Pacific, and I remember we were just walking back to our hotel and we had to pass by the driving range, and all the girls were like, oh, my gosh, it’s Inbee Park. And I look, and I’m like, it’s Inbee Park. And then I get to the first tee, and I’m like, I’m playing with Inbee Park who I just used to watch on the driving range. I can’t really explain how I feel.”

If Pagdanganan felt nervous playing with Park, she didn’t let it get to her down the closing stretch. After a string of three consecutive bogeys between holes 13-15, the Philippines native needed a birdie on the last hole to save a top-10 finish.

Pagdanganan had been in this position before.

On the 18th hole at the 2018 NCAA Division I Women’s Golf Championships, Pagdanganan made an eagle to put Arizona into a playoff for the eighth and final seed of match play.

The Wildcats of course went on to win the national championship.

With five figures and a place in the U.S. Women’s Open on the the line, the stakes were even higher Sunday. Luckily for Pagdanganan, she was unaware of the implications of the putt.

“I had no idea,” she said after the round. “I was too in the zone. I just really tried to focus on today’s round. I usually try to take everything hole by hole, shot by shot, so honestly I had no idea.”

“Honestly, obviously I try to aim high, but I feel like I continue to exceed my own expectations every time I play, so I feel like this whole week has just been unbelievable,” she said.

Though Pagdanganan has developed a flair for putting histrionics, it’s her driving ability that makes her a looming force on the LPGA Tour.

As a rookie she leads the LPGA in driving with an average distance of 287 yards. Pagdanganan’s tee shots land 12% farther than the league average according to GOLF.com’s Zephyr Melton.

Despite her age and size (five-foot-six), Pagdanganan has almost effortlessly taken the league by storm with her power.

Pagdanganan recently told Melton, “I kind of just rip it. I try not to think about it too much. I just try to hit it hard.”

With a top-10 major finish and a hefty paycheck in her back pocket, Pagdanganan is better equipped than ever to continue her swift ascent to the top of the LPGA leaderboard.