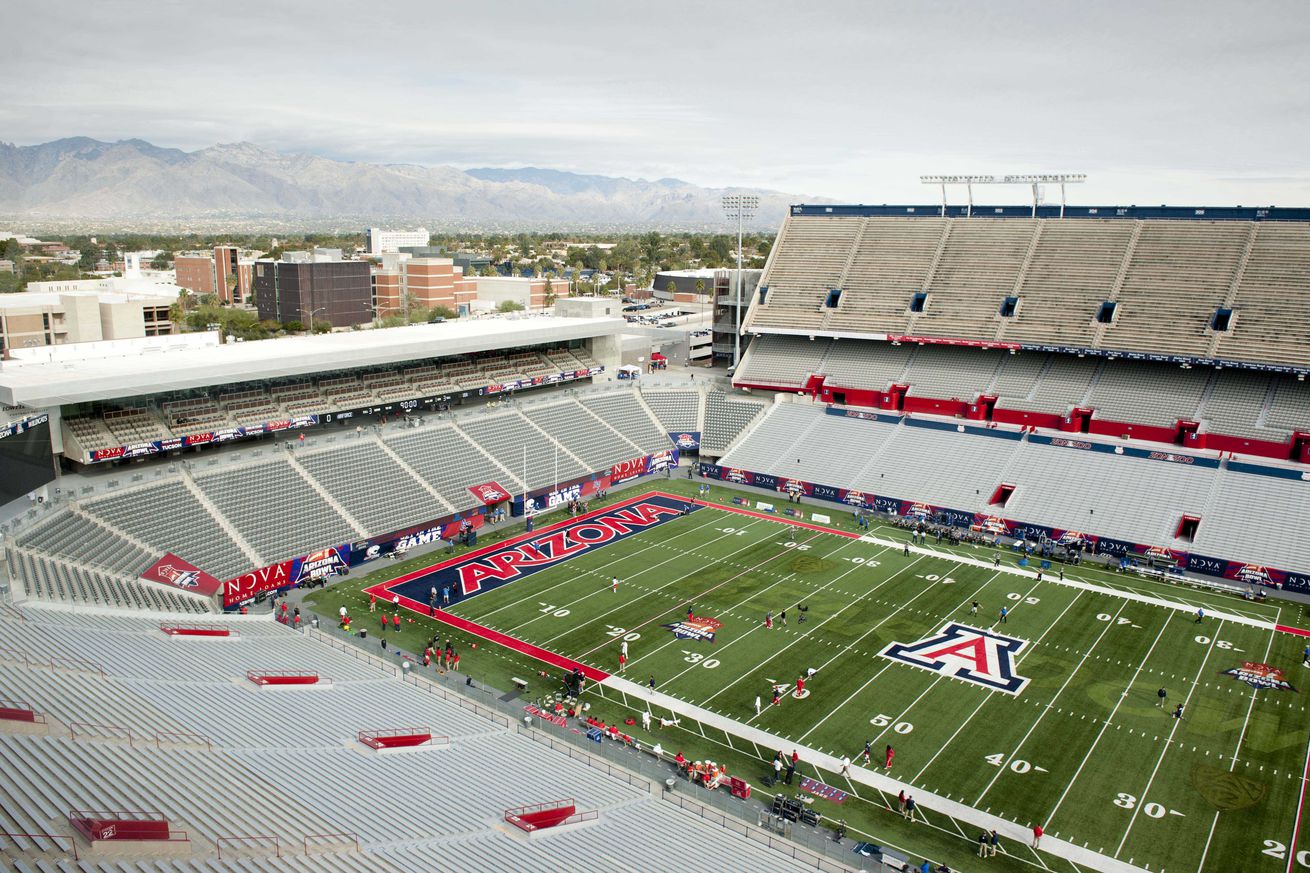 It’s a Saturday in September, which would normally mean we would be gearing up for an Arizona Wildcats football game. This year it means, well, nothing, thanks to the coronavirus.

How are we handling Saturdays without the Cats? Here’s what our staff had to say. We encourage you to leave your stories in the comment section below.

It’s definitely something I haven’t felt in several football seasons. On one hand, it’s nice not having to wait around all day only to be frustrated and disappointed while staying up well past my normal bedtime. On the other hand, it’s a real bummer I’m not able to feel emotionally attached to any one college game (barring gambling implications of course).

It’s bittersweet but given the state of the program, I don’t really mind it. I understand that this break is actually more beneficial in the long term. Plus, there’s still football so I can at least watch something on Saturday (for now).

Much more pleasant and a lot less stressful?

It’s actually quite strange, given that we’re all just used to Arizona playing during this time of year. No matter how good or bad they are in a given season, there is something enjoyable about having a game to look forward to. It’s also fun talking about the team with friends and writing about them for this site.

This season especially offered plenty of intrigue, with a new quarterback, new defensive coaching staff and a head coach who is seemingly in a win-or-else situation. Maybe the team would have been terrible, but I would have liked to see it play out.

Hopefully in due time we will all get to see some semblance of a season, but for now I guess we can sit back, relax, and enjoy worry-free weekends.

It’s rough. I’ve watched Arizona football my whole life and it’s rather odd not watching games on Saturdays in September.

From the team perspective, I was really excited and intrigued to see the offense under Grant Gunnell full time. I was also really interested to see how Paul Rhoads’ defense was going to be this season. It will be interesting to see how the team comes out once they are cleared to play.

I have my opinions on what I think of the conference’s decision to postpone the season, but I won’t get into that here.

Luckily, I have been able to watch both college and NFL games so far, and even knocked out a fantasy football draft with people I work with. So there’s some semblance of normalcy there. Couple that with the podcasts Gabe and I do, and I (sort of) get my football fix.

Either way, it’s very bittersweet to see football being played, but knowing that Arizona isn’t among those playing.

I’m a sports junkie, and college football is one of my favorites, so as long as there are some games going on I’ll be watching (and, yes, probably betting on). But now I’m not going to be watching while getting ready to head to Arizona Stadium, or trying to keep track of games on my laptop while covering the Wildcats in person (or remotely when on the road).

There’s a big void, no doubt, not having Arizona football on Saturdays. You can already feel it in Tucson, particularly in and around campus. No buzz, no excitement. No random people walking around with half-empty beer cases. This must be what Gonzaga’s campus is like in the fall.

For me, Saturdays would usually mean arriving at Arizona Stadium around 6:30 p.m. for an 8 p.m. kickoff, and then a long night of work that usually ends around 3 or 4 a.m. after transcribing quotes, uploading postgame videos and doing all my writing.

Now? I’m at home on Saturday nights usually covering the Diamondbacks or watching the NBA playoffs—and then going to bed at a more reasonable hour!

So I can’t say I miss the workload too much (football isn’t my favorite sport to cover to begin with) but I do miss seeing friendly faces at Arizona Stadium, feeling the buzz on campus and, yes, the always-interesting storylines that surround the program, both good and bad. This fall I was really looking forward to seeing Grant Gunnell’s development.

I’ve been covering Arizona football long enough that wins and losses don’t really register with my emotions anymore—it’s sad, I know—but the games are still fun to follow because you really never know what’s going to happen when this team steps on the field. I miss that suspense, especially since I don’t follow non-Pac-12 college football much anymore.

That’s why I started Sim Season—to keep me connected to college football in some way this fall and hopefully give you (and me) another thing to look forward to on Saturdays now that we can’t watch Arizona football.

By the way, I walked around campus on Saturday just to see what it was like without the whole pregame scene, and it was basically a ghost town.