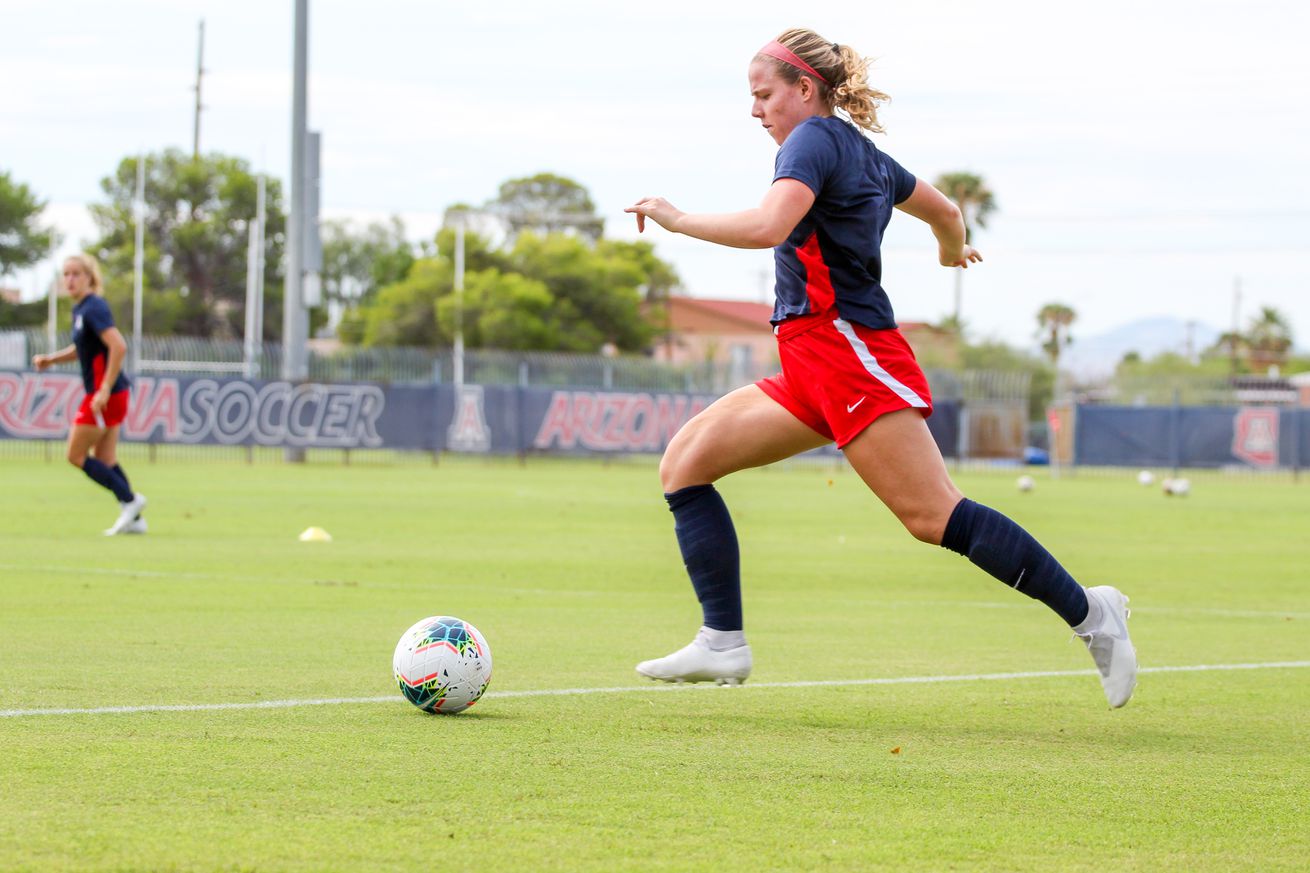 August is usually an exciting time for Arizona soccer, but head coach Tony Amato is still coming to grips with a new reality.

“Originally before COVID ever existed, we would have played at Long Beach State last night, first game of the year,” he said Friday in a reminiscent tone. “So yeah, it’s a little different.

“I have some friends across the country that coach in other conferences who still have their players out on the field preparing for a game. That sounds a lot better than where we’re at.”

That is, a long way from game day.

The Pac-12 postponing fall sports to the spring semester means the soccer season won’t begin until January at the earliest, and a preseason that’s usually a sprint has turned into a crawl.

The Wildcats typically report for summer workouts in July, then zoom through two weeks of practice before opening the season in mid-to-late August.

Now, they have five months—at minimum—to prepare for their first match.

Amato, whose program is known for its adaptability, expects to make the most of it.

“Well, we’ve got time now before our first game, so how do we utilize that time to keep the team engaged and to get the freshmen more adapted to how we play, what the college game is, what the fitness level needs to be in the Pac-12,” he said. “We don’t have it all figured out, but I’m just kicking around some models in my head that kind of take all those things into consideration and then do it really well.”

But first, the Wildcats have to get through the basics. They took the first step on Aug. 10 when they reported to campus for a week of COVID testing, protocol education, and wellness checkups.

The second phase—resuming their strength and conditioning program—began last Monday when they trained outside with Jim Krumpos in physically-distanced pods.

Nothing too strenuous, of course.

“It was just really to get everyone moving and kind of see where we’re at,” Amato said. “Usually [the players] come back and we know they’re fit and ready for the season. But with a six-month, basically-on-their-own layoff, we have had to spend a week just kind of seeing where they’re at, evaluating, doing a little bit of work.”

The Wildcats will start non-contact drills on Monday, their first time kicking the ball around as a team since March.

“Just technical work, kind of knock the rust off, see where we’re at from that standpoint, do some stuff with Jim still, and then go through that week and evaluate from there,” Amato said. “So it’s really day by day, week by week at this point.”

The players were informed last Tuesday via Zoom that their season had been postponed, just a day after they arrived on campus hoping to start up in late September.

They reacted to the news how you’d expect—”they took it hard,” Amato said—but getting back on the field, even in a limited fashion, has lifted their spirits. (Players aren’t available for comment until next week.)

“They handled it as good as you possibly could,” Amato said. “Head down, get to work, make the most of it, get better at each day, take it day by day, find a way to improve. And just being out on the field is definitely good for all of us, especially the players and especially the freshmen.”

And especially these freshmen. The Wildcats have 13 of them, the largest batch in the Amato era, and at least a few will need to contribute in immediately if Arizona hopes to make a fourth straight trip to the NCAA Tournament.

“That’s the silver lining,” Amato said. “They usually have two weeks and then we play a game. And if they’re not ready, then it’s hard for them to catch up.

“They got dropped off, moved away from home, we can’t do large team gatherings, so I think they were getting a little stir crazy and a little bored and it’s not how they wanted to start off their college career. So this week has been really good for them and I’ve been impressed with the mentality of the group so far.”

Still, they can’t bond with their new teammates as much as they’d like because fighting the coronavirus is the No. 1 priority right now.

The Arizona athletic department has only reported six COVID-19 cases since June 8, but the risk of infection will be greater once thousands of students flock to campus Monday for the start of the fall semester.

That will be doubly true if the players fail to take proper precautions around their peers, and all it takes is one mistake to cause an outbreak.

“They’re probably tired of hearing from me, Dr. (Stephen) Paul and Adam (Garmon) of how much everyone has been telling them to follow the protocols,” Amato said. “Like mask up, make sure you’re physically distanced, make sure you’re outside. If you are with other people that aren’t family, make sure that you’re washing your hands and following the protocol 20 seconds, making sure that you’re not in large gatherings and those sort of things.

“So they know it at this point and there wouldn’t be any question about what the protocol is. It’s just a matter of executing that and sticking to that.”

How concerned is he?

Consider this: Even though there won’t be any games this fall, Amato said it’s the most important stretch of his career.

“The reason is that we have to be able to lead our team and our student-athletes through the toughest period of college for them,” he said. “And normally, you have games and you can go to class without masks and you can be in gatherings. During those times, it’s much easier to do the right thing, stay focused, stay motivated, make good decisions.

“Whenever you have adversity like we’re dealing with now, it’s even more important to stay disciplined and we’re gonna have to work really hard with them and lead them through to make sure that when this is all done that we come out in a really good place.”