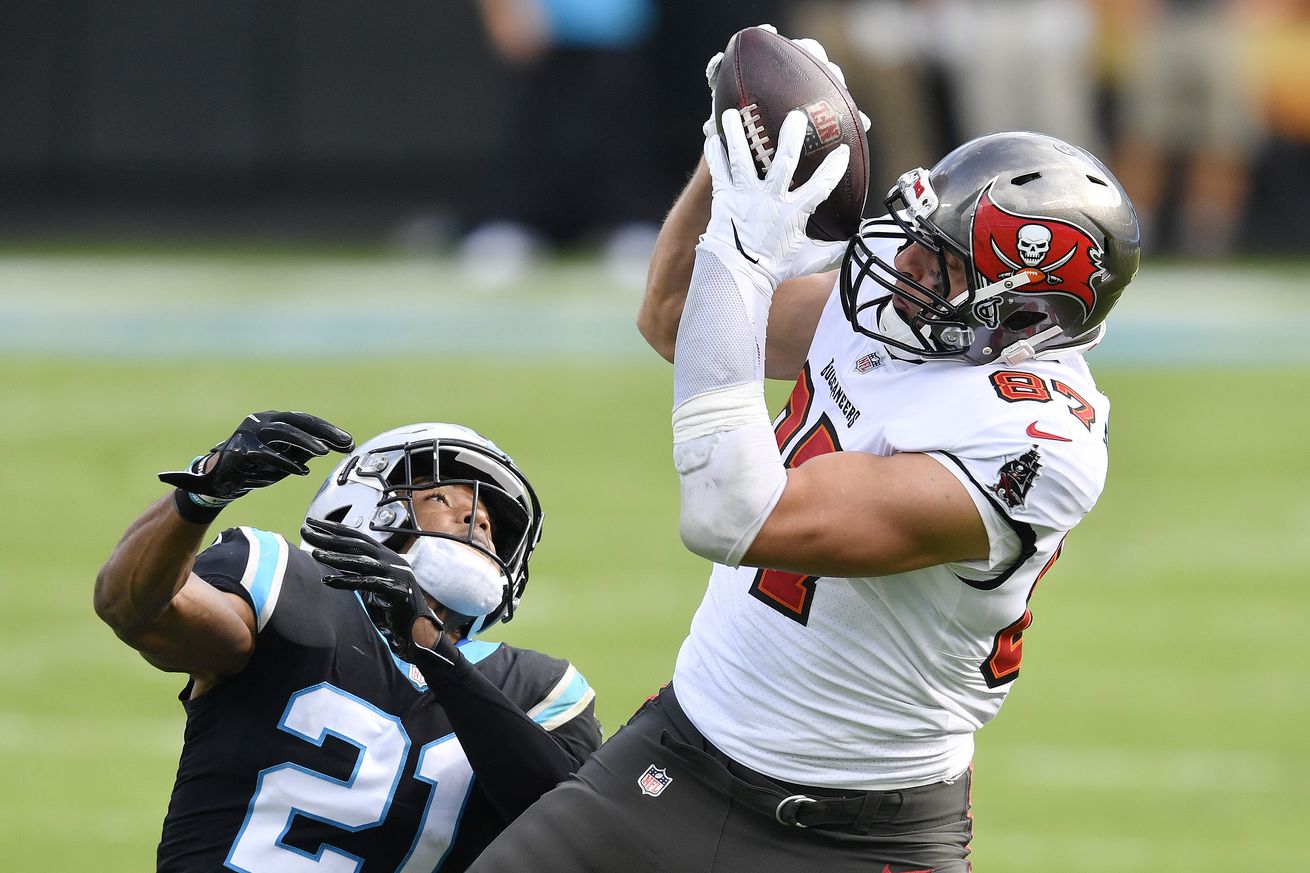 Week 10 of the the NFL season is in the books! Here’s a rundown of how all the Arizona Wildcats in the league performed. (Note: This list does not include Reggie Gilbert who is on the Arizona Cardinals’ practice squad.)

The Bucs bounced back from a 35-point loss to the Saints by destroying the Carolina Panthers 46-23 on Sunday. Gronkowski caught his fourth touchdown pass in his last five games, finishing with two catches for 51 yards.

His TD was an easy seven-yarder from Tom Brady:

Foles was carted off in the fourth quarter of the Bears’ 19-13 loss to the Vikings after taking a hard hit that caused him to crash hard on his right side, injuring his hip.

That was after a horrible night offensively in which Chicago only mustered 149 yards of total offense. Foles was 15 for 26 for 106 yards and an interception when he was removed from the game.

The Bears have lost four straight since starting the season 5-1. Foles’ status is unclear at the moment.

Folk’s made field goal streak continued when he made a 20-yarder against the Ravens on Sunday Night Football. He made 14 straight field goals, staying perfect since he last miss in Week 2.

However, Folk did miss his second extra point of the season on Sunday. Fortunately it did not cost the Patriots, who hung on for a 23-17 victory.

Parks played just six snaps on defense and five snaps on special teams in Philadelphia’s 27-17 loss to the New York Giants. He recorded one tackle.

Whittaker played 12 snaps on special teams and made two tackles in the Cardinals’ thrilling 32-30 win over the Bills that ended on a Hail Mary to DeAndre Hopkins.

The undrafted rookie was inactive for the second straight week. This time he was a healthy scratch.

Cruikshank was placed on season-ending injured reserve prior to Week 10 due to a groin injury.

DFF missed his second straight game with a hamstring injury.