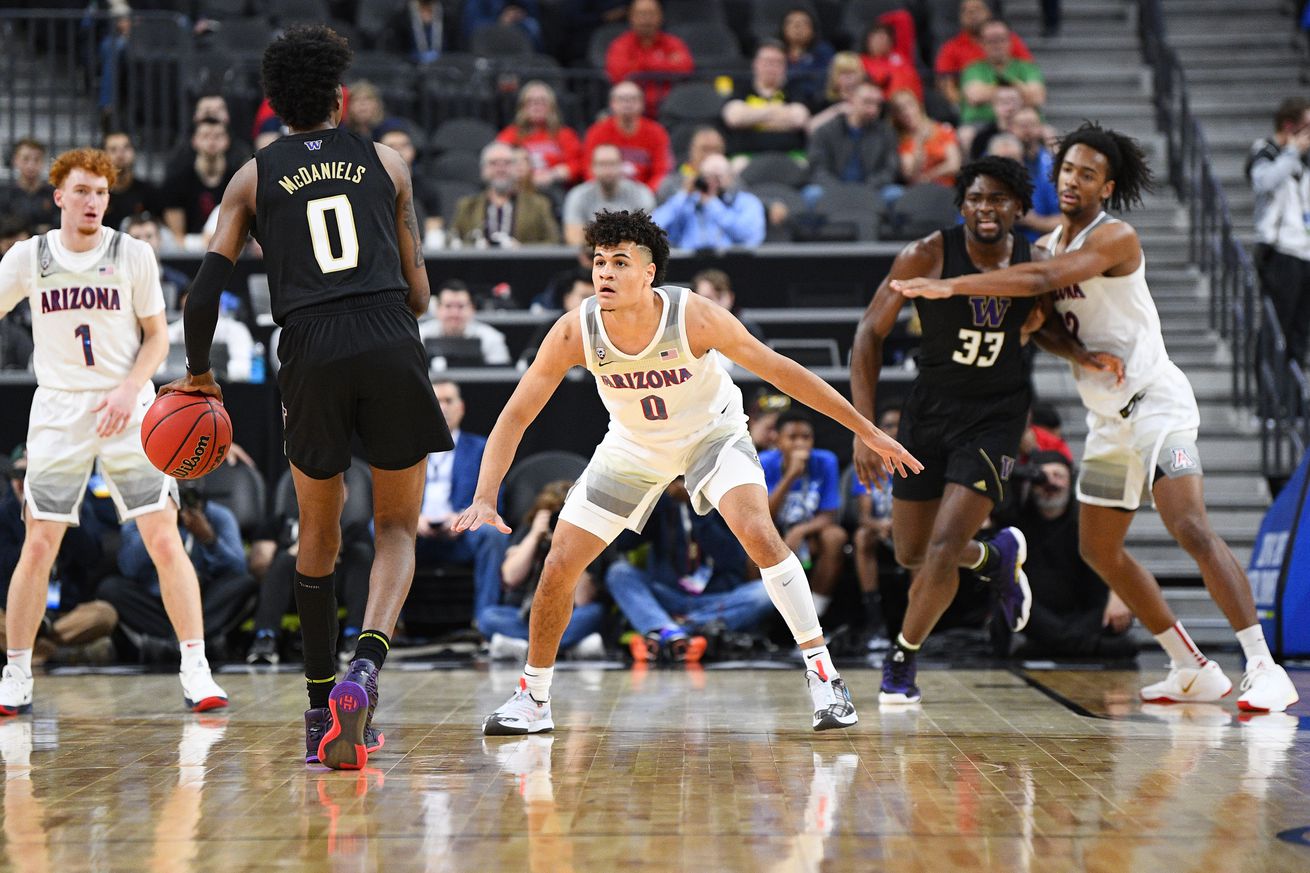 With three of the most highly regarded recruits in program history, the Arizona Wildcats’ freshman class was in a class by itself in 2019-20. The trio of point guard Nico Mannion, wing Josh Green and power forward Zeke Nnaji were the team’s heart and soul, and more often than not the ones whose performances dictated either a win or loss.

There’s no denying the 2019-20 campaign was an up and down affair for Arizona, and we’ll never know how things would have ended up for this squad after the coronavirus pandemic shut down all of sports earlier this month.

But we can quantify just how good Mannion, Green and Nnaji were in terms of their statistical ranks, both nationally this season and among all UA freshmen over the years.

The Pac-12 Freshman of the Year led Arizona in scoring (16.1 points per game) and rebounding (8.6), both of which ranked in the top 10 nationally among freshmen. The only power-conference frosh to average more points per game than Nnaji were Georgia’s Anthony Edwards (19.1), Duke’s Vernon Carey Jr. (17.8), Washington’s Isaiah Stewart (17.0) and USC’s Onyeka Okongwu, while he was seventh-best among power-conference freshmen on the boards.

Nnaji’s scoring average was the sixth-highest by a UA freshman, and behind only Deandre Ayton (20.1) from the Sean Miller era, while his 515 points scored were seventh-best by a UA freshman. His 276 rebounds rank fourth on the UA freshman list and his rebounding average is fifth, with Ayton the only fellow Miller player he trailed in each category.

The 6-foot-10 Minnesota native shot 57 percent for the season, fourth-best among UA freshmen all-time, and his 152 free throws and 200 foul shot attempts both ranked third among Wildcat frosh. His 14 double doubles were second-most by a UA freshman and tied for 10th-most in single season school history, while his 10 20-point games were fifth-best and he also finished in the top 10 in made baskets (179, 8th) and blocked shots (28, 9th).

Long before he arrived in Tucson, Mannion was heralded as the best point guard prospect Miller had ever brought to Arizona. Will he go down as one of the best in school history? Probably not, but he was up there in several statistical categories.

The most notable were the 6-foot-3 Mannion’s 169 assists, third-most among UA freshmen behind only Russell Brown (197 in 1977-78) and Mike Bibby (178 in 1997-98). Arizona would have been guaranteed at least two more games had the season not been cut short, so there’s a good chance Mannion—whose 5.3 assists per game were third-best among all Division I freshmen and second in the Pac-12 to conference Player of the Year Payton Pritchard—would have at least moved past Bibby for second place.

Mannion finished in the top 10 among UA freshmen in several other categories, though in the case of his 367 field goal attempts (10th) and 162 3-point tries (fourth) his volume wasn’t matched by efficiency as he shot 39.2 percent overall and 32.7 from the perimeter. His 53 made 3s were sixth-most, behind only Lauri Markkanen (69) during the Miller era.

Where Mannion was most clutch from an accuracy standpoint was his foul shooting, hitting 79.7 percent of his free throws to rank eighth-best among UA freshmen. That’s behind only Markkanen (83.5) among Miller players but slightly better than Allonzo Trier (79.3).

Green’s overall numbers didn’t jump off the page like those of Nnaji or Mannion, but the Aussie may have been Arizona’s most complete freshmen because of how many different things he did well.

The 6-foot-6 Green averaged 12.0 points, 4.6 rebounds, 2.6 assists and 1.5 steals per game, a stat line that only one other freshman in Division I—Charlotte’s Jahmir Young—could lay claim to. In fact, the last time a power-conference freshman had numbers like that across four stat categories was UCLA’s Lonzo Ball in 2016-17.

When it comes to UA freshman rankings, though, Green’s best effort was in the steal category. With 46 takeaways he ranked sixth, trailing only Stanley Johnson (57) among Miller players. Had Arizona been able to play USC in the Pac-12 quarterfinals, Green would have had a chance to tie or pass Andre Iguodala (47) for fifth place.