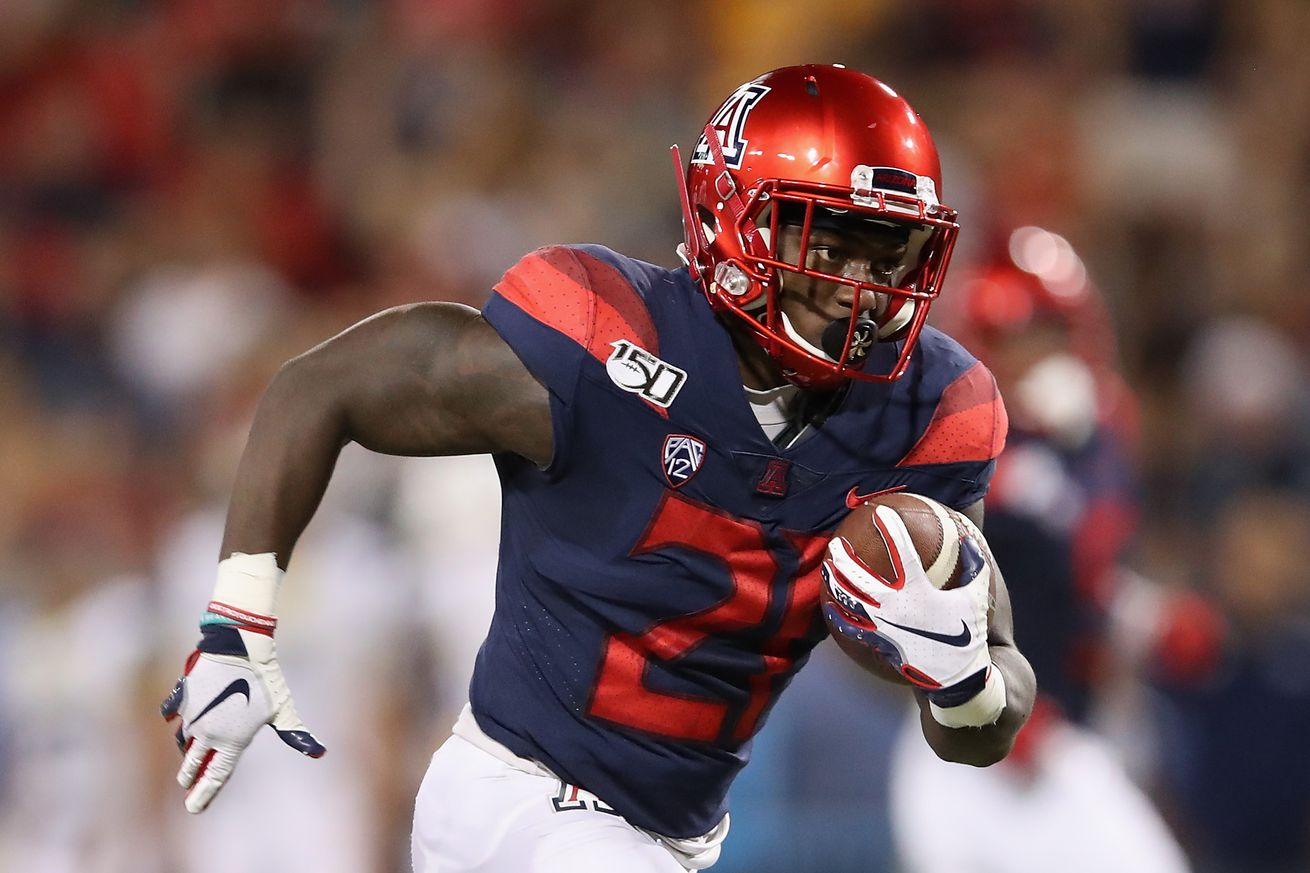 Many NFL teams are cutting their rosters prior to the start of training camp this week, but Arizona Wildcats undrafted free agents J.J. Taylor and Jace Whittaker are safe for now.

The New England Patriots cut nine players on Sunday, according to the Boston Globe, but Taylor was not among them. That is not surprising considering since the 22-year-old running back received a pretty big chunk of guaranteed money.

The Arizona Cardinals made 10 roster cuts on Sunday, but Whittaker survived. The 24-year-old cornerback was named one of the best undrafted free agent signings by CBS Sports because the Cardinals lack depth at the position.

Training camp isn’t exactly normal this year. There will be substantive safety measures in place at the teams’ facilities, and teams can either carry 80 or 90 players in training camp depending how their practices are conducted.

If a team decides to carry 90 players, it must do split-squad practices to help mitigate the spread of the coronavirus. Eventually, every team will have to trim their rosters to 53 active players plus 16 practice squad players.

So far, the NFL season is scheduled to begin on time in September, but the league has already moved to cancel the preseason, which could hurt unproven rookies like Taylor and Whittaker.

But at least they will have an opportunity to compete in camp, unlike former Arizona quarterback Khalil Tate who was recently waived by the Philadelphia Eagles and has yet to be picked up.