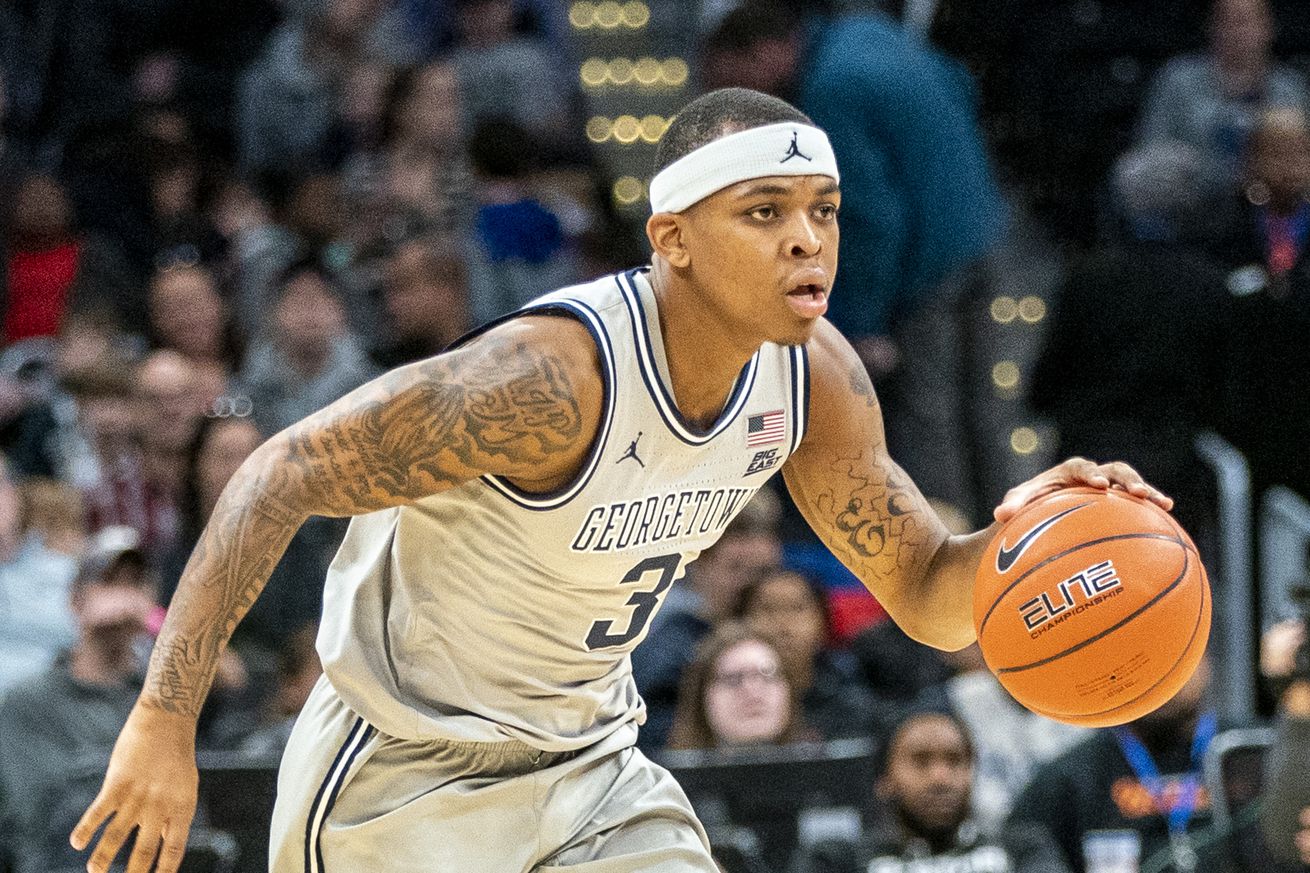 After Arizona’s frontcourt outshined its backcourt in the first few weeks of practice, James Akinjo is making sure the guards get noticed.

The Georgetown transfer won the latest gold jersey, the award given to the best player in practice each week.

Congratulations to James Akinjo on winning the gold jersey for week #4 of practice. This is his first gold jersey! #APlayersProgram | #BearDown pic.twitter.com/DNrM2llSCi

It was probably only a matter of time Akinjo won one. He is Arizona’s most accomplished player, having won the Big East Freshman of the Year Award in 2018-19 and averaging 13.4 points per game in each of his two seasons at Georgetown.

Head coach Sean Miller and Akinjo’s teammates have lauded his toughness and playmaking ability this preseason. He will be Arizona’s starting point guard this season.

“He’s a very good player,” Miller said most recently in a Pac-12 webinar. “And for us, especially, the fact that he has experience. He was the Big East Freshman of the Year at Georgetown. They don’t give that award out to a guy who can’t play. He’s been in part of college basketball now for two years. He also was able to practice with us after Christmas and beyond, so he’s more familiar with our system than somebody who’s coming in for the first time. So he will be our point guard, but one of the things I like is that we have some flexibility and depth and being able to play, in essence, two point guards in the game at one time. I think there’s some real value in that.”