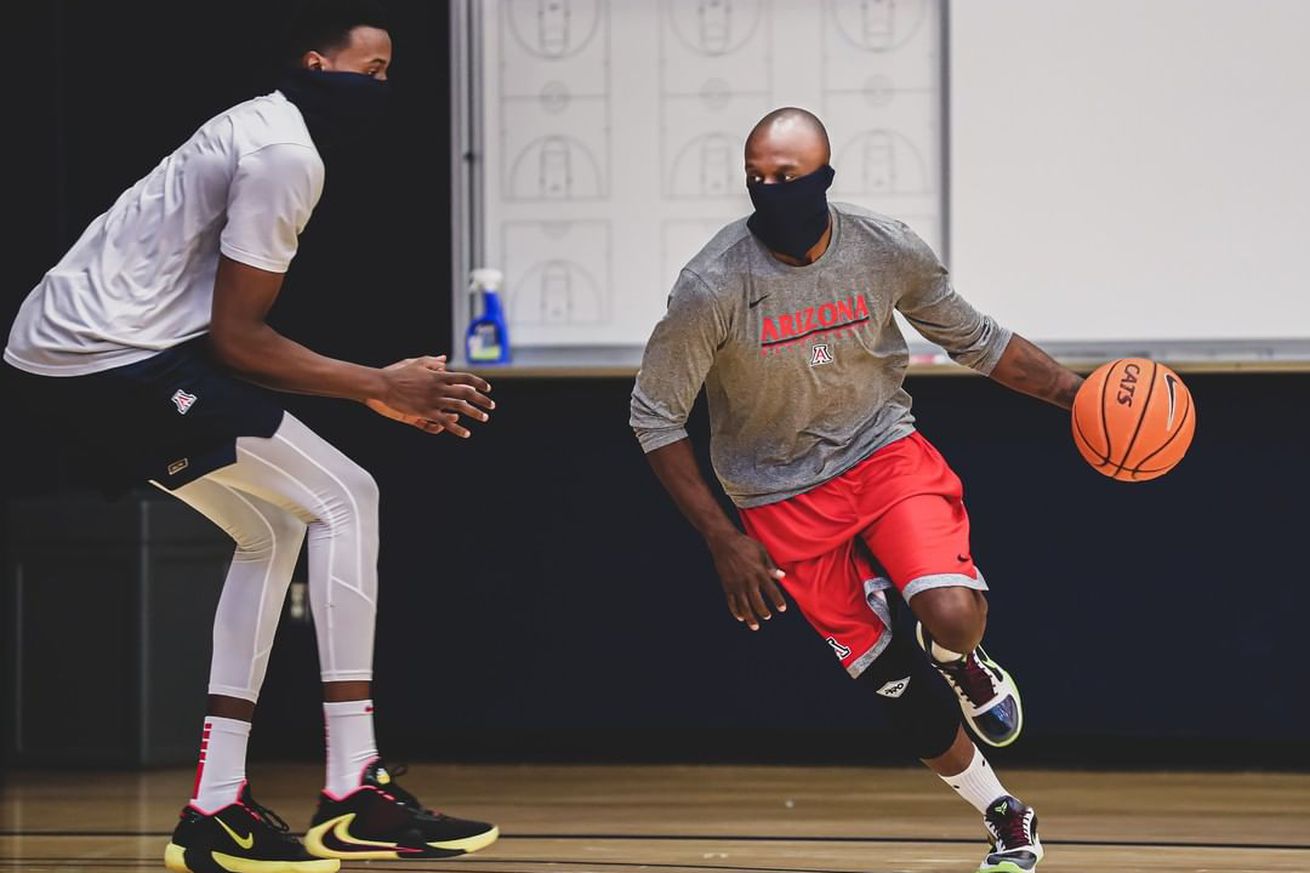 Speaking at Arizona basketball’s official preseason media day Thursday afternoon, Sean Miller did not back down from talking about his biggest career goals.

“I don’t think there’s been a day that I have been the head coach in Arizona, that I’ve ever shied away from the expectations of getting to that fifth Final Four, winning the second National Championship,” he said via Zoom to the virtually assembled media.

There’s no doubtIng that Miller has enjoyed a successful run since he took over in 2009 and has had some great teams since he came to Tucson, but he and Wildcats’ fans alike know that there is clearly a next level for him to get to.

“The standard is the standard,” Miller acknowledged Thursday.

As he enters his 12th season in charge, who better to help him try to reach those goals than somebody who has already accomplished both of them and more as a Wildcat?

Terry, who has long been a fan-favorite at McKale, was hired on to Miller’s staff in May, and has a resume that speaks for itself: high school state champion in Washington, NCAA champion with Arizona, NBA champion, NCAA Player of the Year, NBA Sixth Man of the Year, 19 years in the league, etc.

From famously telling Lute Olson to let him play as the sixth man the year the Wildcats won the national title in 1997, to staying all four years and winning NCAA Player of the Year as a senior, Terry is a bonafide Arizona legend and according to Miller, simply because of his stature, JT is already making an impact on this Arizona team – without even having to say too much.

“There aren’t a lot of people walking on this planet that have had more storied athletic careers than Jason,” Miller said, “To be able to add him to our coaching staff, he doesn’t really even have to say much, his presence alone really impacts our staff and our players.

“He’s played for some of the great coaches in our game, not just Coach Olson, but in the NBA, he’s played with some of the great players that have ever played in the NBA. They are his teammates and his friends, so he brings a unique pedigree to what we’re doing, we’re thrilled to have him.”

Even if the global coronavirus pandemic has slowed down the process distinctly, Miller said that Terry has already made waves with this group of Wildcats.

“COVID has affected everything, but it’s really affected him and in his family,” Miller said. “They didn’t get here until the middle of the summer and he hasn’t had nearly the interaction with everybody that he normally would, but I know he’s excited to be here.

“He’s up early in the morning working with our players. I know a number of our guards have really gravitated to him already. In our world of recruiting, he gives us a different dynamic, somebody that’s clearly been there and done that at a very high level.”

Miller went on to say that since Terry has come aboard, he has realized just how much “The JET” cares about the game.

“To be a good coach it can’t be your job,” Miller said. “You have to really love the game and everything about it, he has that.”

Terry echoed that exact sentiment when he spoke with the media for the first time back on June 4. He added that his goals at Arizona align with the ones Miller addressed on Thursday.

“Coaching is something that you have to truly believe in,” Terry said back in June “Yeah there’s going to be be long hours, but the joy and the gratification I get is when I see these young men become fathers, husbands, better sons, college graduates.

“That’s gonna be the ultimate joy. That’s where I’m going to get my gratification, and at the end of the day when we hoist up another national championship in McKale.”