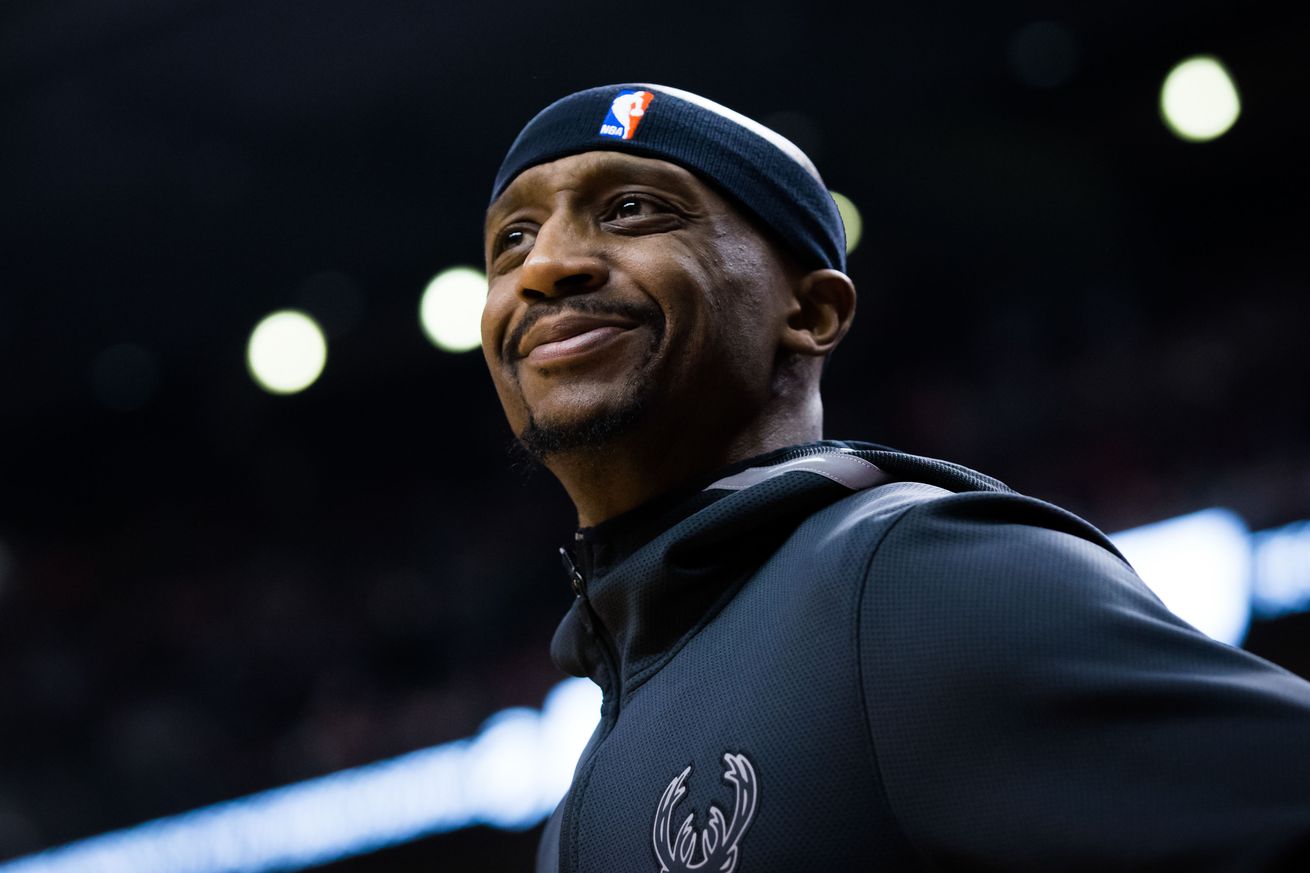 In an interview on the Arizona Wildcats’ YouTube page, Jason Terry made his first public comments since accepting an assistant coaching position. He outlined what he hopes to bring to his alma mater.

“Well, the number one thing for me is being a mentor to these young men, showing them the way, guiding them, helping them achieve their ultimate goal. And then holding them accountable to it,” Terry said. “I think one thing about it is, when you aspire to be something and you can see somebody that has really walked it and lived it, then you can have true inspiration every single day you put that uniform on. I’m gonna be a guiding light.”

Terry’s résumé as a player is expansive—Arizona fans probably remember him most as a microwave scorer on the 1997 national championship team—but this will be his first collegiate coaching position, so he is looking forward to learning as much as he is teaching.

“I mean, Coach (Sean Miller), he’s gonna lean on me at certain times, but I’m gonna lean on him as well. I’m still young in this coaching realm,” Terry said. “I want to learn and soak up as much as I can from Coach (Jack) [Murphy] and Coach Miller the whole way. I want to bring a national championship back to Tucson. I mean, it’s been too long. And I’ve won at every level and I don’t think this is anything different. I mean, I want to be the next assistant coach to help bring a championship to the University of Arizona.”

Terry was critical of Miller’s program a few years ago during the FBI investigation into college basketball corruption, but Miller said Tuesday that the two mended their relationship “a long, long time ago” and that was clear from Terry’s comments about his new boss.

“I mean, look how much success Coach Miller’s had in his tenure at the University of Arizona,” Terry said. “He’s going to go down as one of the all-time greatest coaches to ever walk that sideline and that’s not easy to do following a guy like Coach Lute Olson, who was a Hall of Famer. But the only thing I will tell you is he’s about due because he’s knocked on that door a couple times, and it only takes another opportunity for him to get there and we hoist that trophy, so I believe this is the time. The time is now. And we’re ready to get it done.”

Terry is scheduled to meet with local media on Friday morning, so we will have more coverage then.