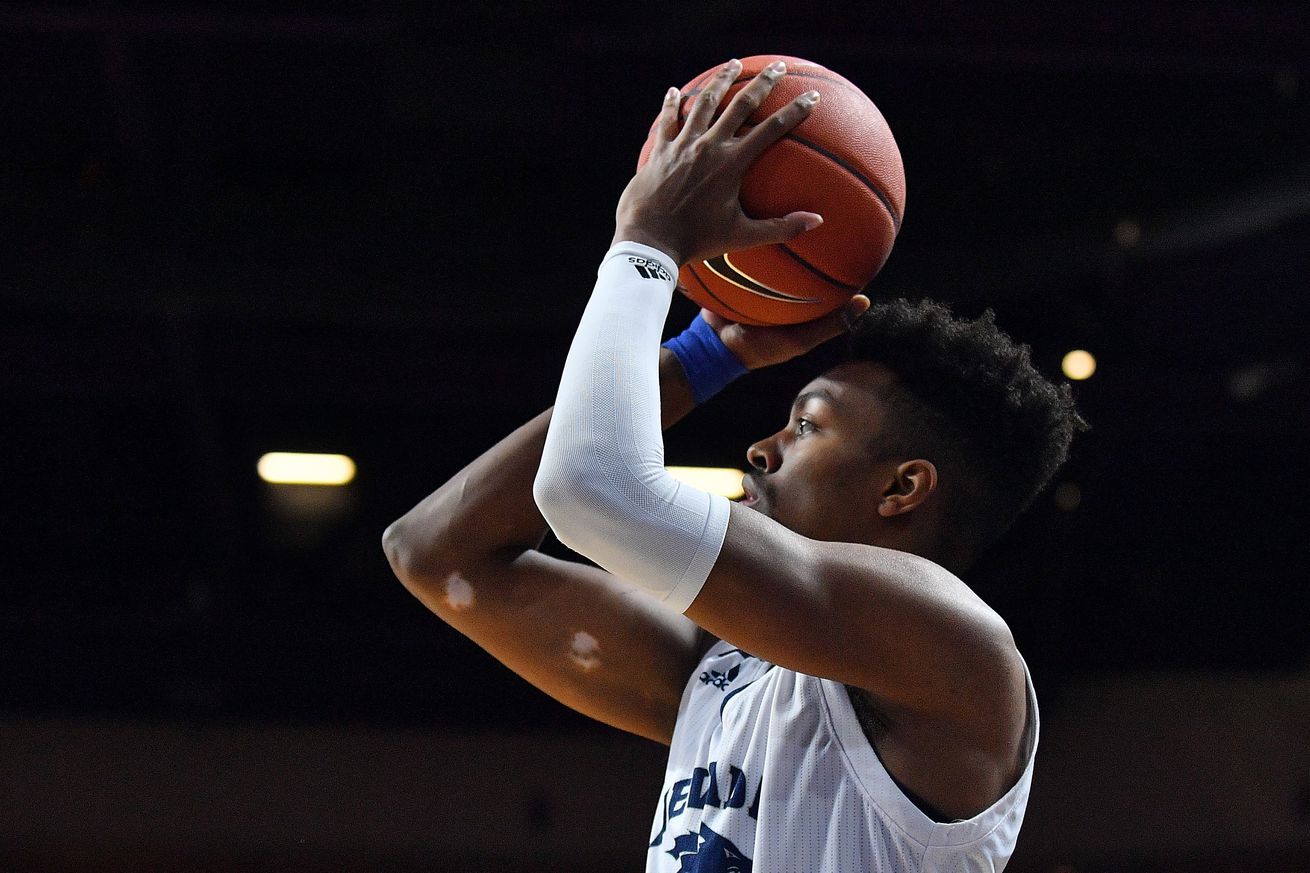 Jordan Brown’s first season with the Arizona Wildcats is off to a great start.

The Nevada transfer won the second gold practice jersey of the season after winning the first one last week. It’s a prize given to the best player in practice.

It’s a great sign considering Arizona needs Brown to be productive this season, as he’s expected to start at one of the frontcourt positions.

Brown doesn’t have much college game experience, averaging just 10 minutes per game in his lone season at Nevada, but he was a McDonald’s All-American and practiced with the Wildcats all of last season.

He’s also packed on 20 pounds of muscle since the end of last season, now being listed at 6-foot-11, 240 pounds heading into his redshirt sophomore year.

“Jordan not only knows our system better than a lot of players on this year’s team, but he had a really good year,” head coach Sean Miller said on media day. “Like so many of our players, I would have loved to have had him in April and May and the three summer months. Unfortunately he wasn’t able to be in Tucson, but he’s a great kid, an incredibly hard worker, great teammate is very talented.

“In high school, he became a McDonald’s All-American, played on a very good team at Nevada, an experienced team. So although he had a role, he was really behind some talented upperclassmen. We were thrilled to get Jordan on a transfer. A year ago just watching him compete every day against Zeke Nnaji and Stone Gettings, Chase Jeter, last year’s frontcourt, Christian (Koloko), we had some great battles every day in practice and I think that helped Jordan. Not only was he working behind the scenes physically and on his game but being able to practice and compete against the frontcourt like that.”