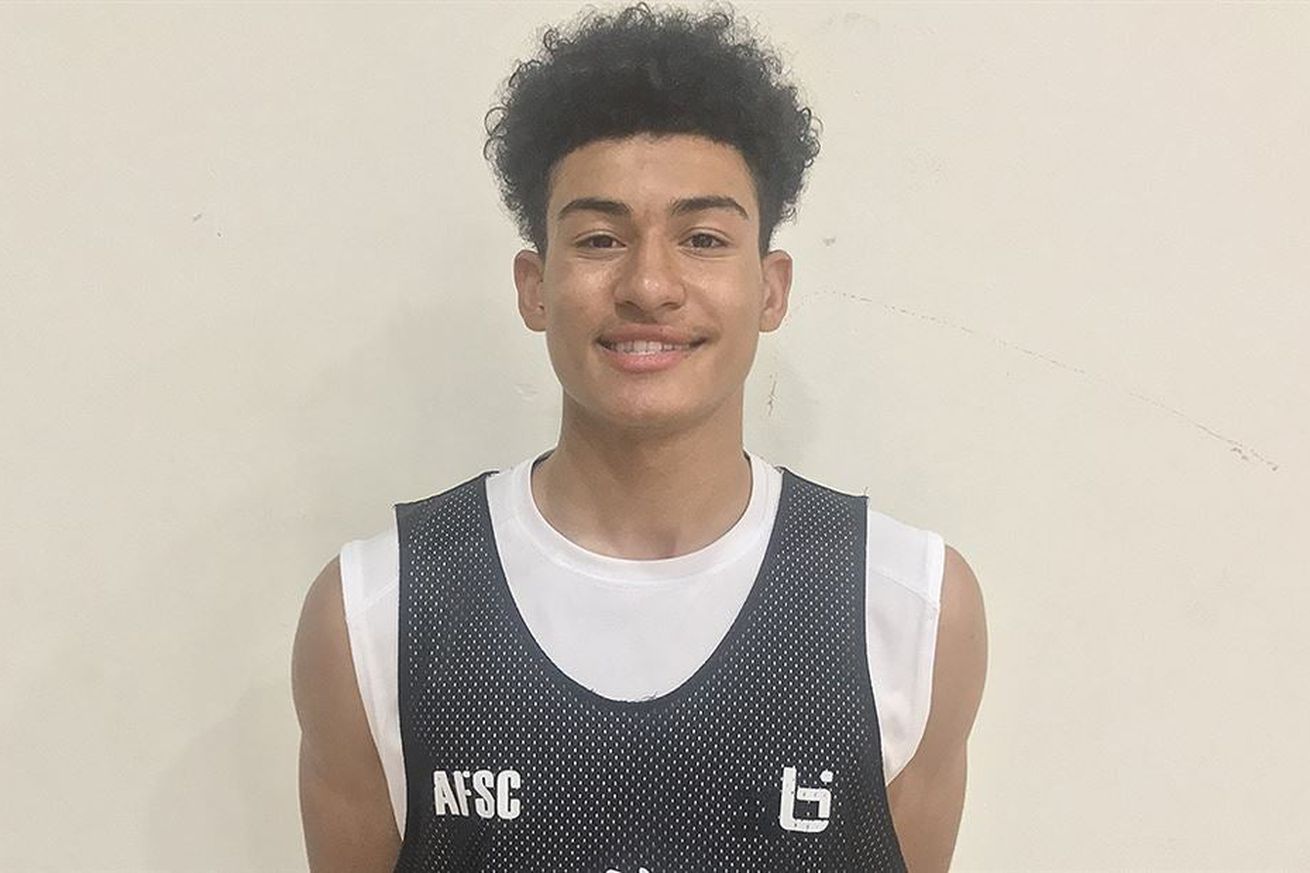 The Arizona Wildcats picked up their first 2021 commit on Saturday when they landed four-star combo guard K.J. Simpson out of Chaminade High School in West Hills, Calif.

Simpson discussed his decision with Zach Schumaker. Here’s the full interview along with the transcription of some of the most important parts.

Simpson on how he narrowed down his list of schools: “Well, it’s kind of weird how I did it. Some people will usually cut their list. What really happened with me is the schools kind of cut themselves. So really what I did was I would just see who was keeping in touch with me the most, who was reaching out the most, and the ones that was not reaching out to most and they stopped keeping in contact with me, they didn’t make it. I didn’t cut them out. They just didn’t reach out.”

Simpson on committing to Arizona instead of a California school: “You would love to stay home. I’m familiar with everything. I have family here, but I just felt like going to Arizona was such an opportunity that I couldn’t miss and it was like the right decision for me.”

Simpson on what he likes about Sean Miller: “It’s just his mentality. The way he is, he’s hungry. He has so much passion and what’s crazy about that is I see myself like that. When I play I feel like I’m hungry. I play with a lot of passion. I want to be underneath a coach who has that because I feel like we will get along great.”

Simpson on Arizona’s track record of putting players into the NBA: “It definitely helped with my decision because that’s always been my ultimate goal. But when people just say, ‘That program will be good for you’ or ‘we could help you get to the NBA’, sometimes they’re just saying that. But with Arizona, they’re saying and they’re doing that at the same time. So it’s more than just an example. They have a great track record.”

Simpson on what else made Arizona appealing: “They have they have a winning track. You want to win. That’s the main goal. They’re not just saying that or I’m not just saying that, they’ve shown that they’re one of the best teams every year. Every single year they gather all the great players and I would just tell them that if you want to be a part of winning culture, come to Arizona. I feel like that’s really big.”

Simpson on committing during Covid recruiting restrictions: “My original plan was I was going to, take trips, still commit actually before school or around that time because I just want to enjoy my senior year and not have to worry about where I’m going to go. But in terms of this pandemic, it kind of changed all that. So I couldn’t take a trip. So I kind of talked to my parents,, saying you might have to make this decision without seeing (the school) and at that point, it was just like relationship wise, who I connected with more and then the schools who reached out did a couple of Zoom calls with me, did some touring of video of the campus. And it’s crazy because Arizona was actually the first one. So yeah, just stuff like that.”

Simpson on when he made his decision to commit to Arizona: “I knew it at the beginning of the week. I didn’t want to announce it like that. I wanted to at least get a couple of schools in there so some people wouldn’t assume where I’m going. But I knew at the beginning of the week. I talked to the coaches and everything. I talked to the people in my circle. Talked to my parents lastly. We had a long talk. I slept on it that night. I woke up and I was like, ‘you know what I want to be a Wildcat.’”

Simpson on being Arizona’s first commitment: “I wasn’t really thinking about that too much. But now that I’m committed, it has a lot on my plate actually, in terms of recruiting other people. I know there’s other people who would like to play with me and I think I’ve just opened it up for my class… and I’m gonna do what I can to help them get recruits.”

Simpson on who he might recruit: “There’s a lot of good talent in my class. .. There’s no one in particular because there’s a lot of people that I couldn’t name off the top of my head right now. But if they do decide in coming, I want them to be a part of a winning culture, ready to come around some talent, around people who are going to work hard. It’s just a good environment to be around. That’s what kind of led me to my decision. I know that I’m going to be surrounded by good talent, my teammates are going to be good and everything, and just working out and getting better is only going to make me better.”

Simpson on being the sixth West Coast Elite product to join Arizona: “I actually didn’t know that. I just knew about Nico (Mannion) and Josh (Green). That’s really cool, but that’s good because it’s like kind of a close family thing. … The people that West Coast (Elite) have put there at Arizona have all been great players, so it kind of fills me with big shoes as well because that means I have to step up to the plate. Because after receiving all the great players, they’re assuming I’m going to be one of the great players too.”

Simpson on Arizona target Nathan Bittle, another West Coast Elite product: “I was upset this AAU season got cut because, man, we would have did some damage. But he’s definitely gonna be my first call. He actually reached out to me today. He was trying to get a sneak peek into where I was committing. But that would be great. He’s a great player. I feel like he’s so skilled, especially for his height. He’s a great player. It would be amazing if he would come to Arizona. We would do damage.”

Simpson on what he’ll tell other recruits: “I’ll just tell them how comfortable Arizona made it for me. They’ve been talking to me since the beginning of my sophomore year. They didn’t make me rush anything. They were very respectful. They were very genuine. And just about the school and everything and the team really how whoever would decide to go there, how the pieces will fit, right? How me and that player or someone else and that could connect right away.”

Simpson on his goals at Arizona: “I would say to get a national championship, of course. And just to put on a show, earn the respect out of everybody. I come in with big attention, so I’ve got to come in strong and I’m ready.”