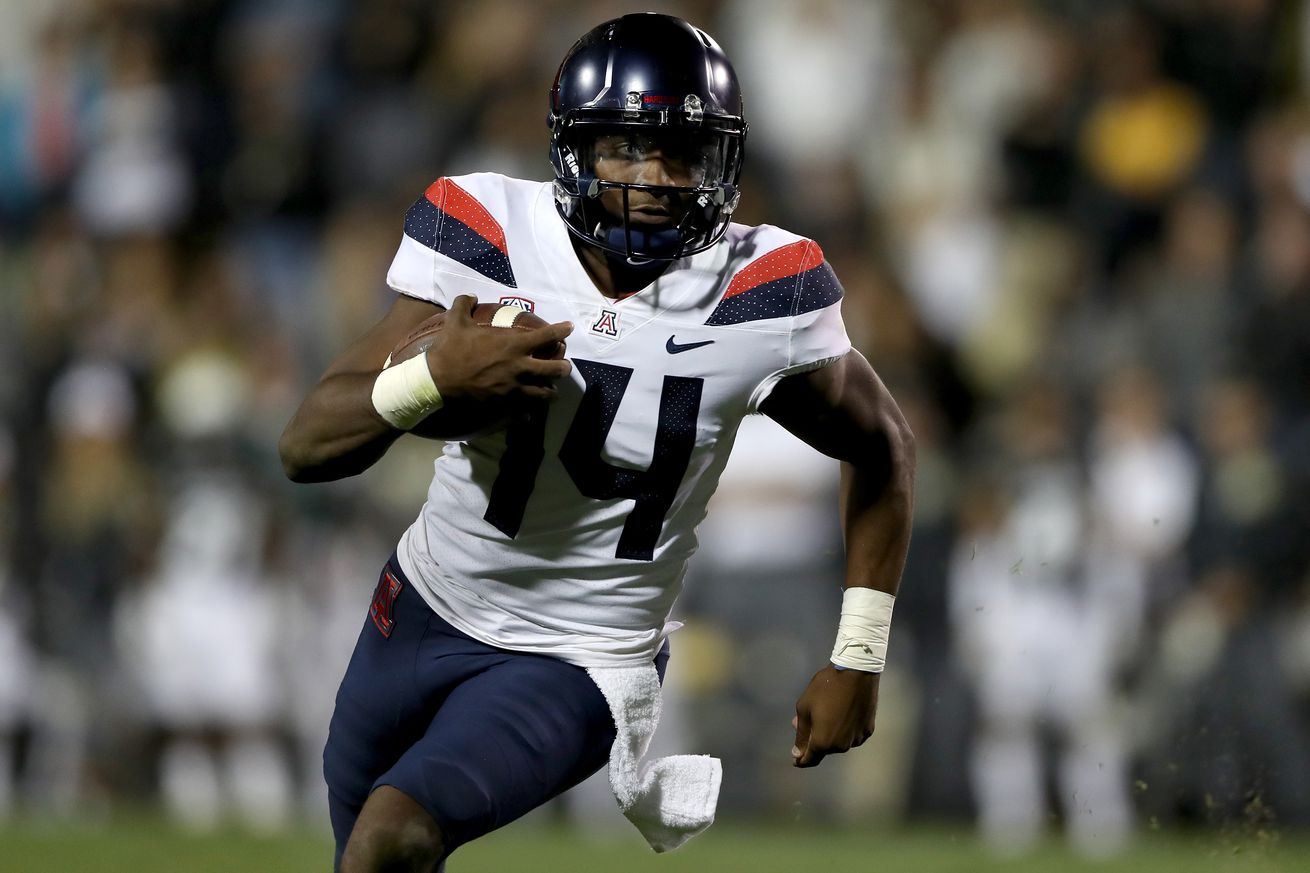 For one month back in 2017, it was fair to say Khalil Tate was the greatest player in college football. The Arizona Wildcats made a lot of money off the national attention he brought to the program, but he wasn’t able to cash in on that fame.

The former UA quarterback has started selling gear on his Web site, KhalilTate14.co, harkening back to his October run three years ago that saw him go from backup to superstar.

Hoodies and T-shirts are available with the phrase ‘Mr. October College Football’ with Tate’s name and jersey number underneath. The shirt, which comes in six colors, runs for $25, while the hoodies are available in five colors and go for $45.

Tate, who played for Arizona from 2016-19, came off the bench late in the first quarter at Colorado to rush for 327 yards, which remains an FBS record for a QB, and four touchdowns in the 45-42 win. Over four games that month Tate ran for 840 yards and seven TDs along while throwing for 743 yards and six TDs.

That led Tate being considered a major Heisman Trophy candidate entering the 2018 season, landing the junior on the cover of Sports Illustrated along the way. But the combination of a system change following the hiring of Kevin Sumlin, plus a nagging ankle injury, severely hindered Tate’s production that year.

He had a similarly rough 2019 season, during which he eventually lost his starting job to freshman Grant Gunnell, and was not selected in the 2020 NFL Draft. The Philadelphia Eagles signed him to a rookie free agent contract in May, though as a wide receiver, but released him not long after.