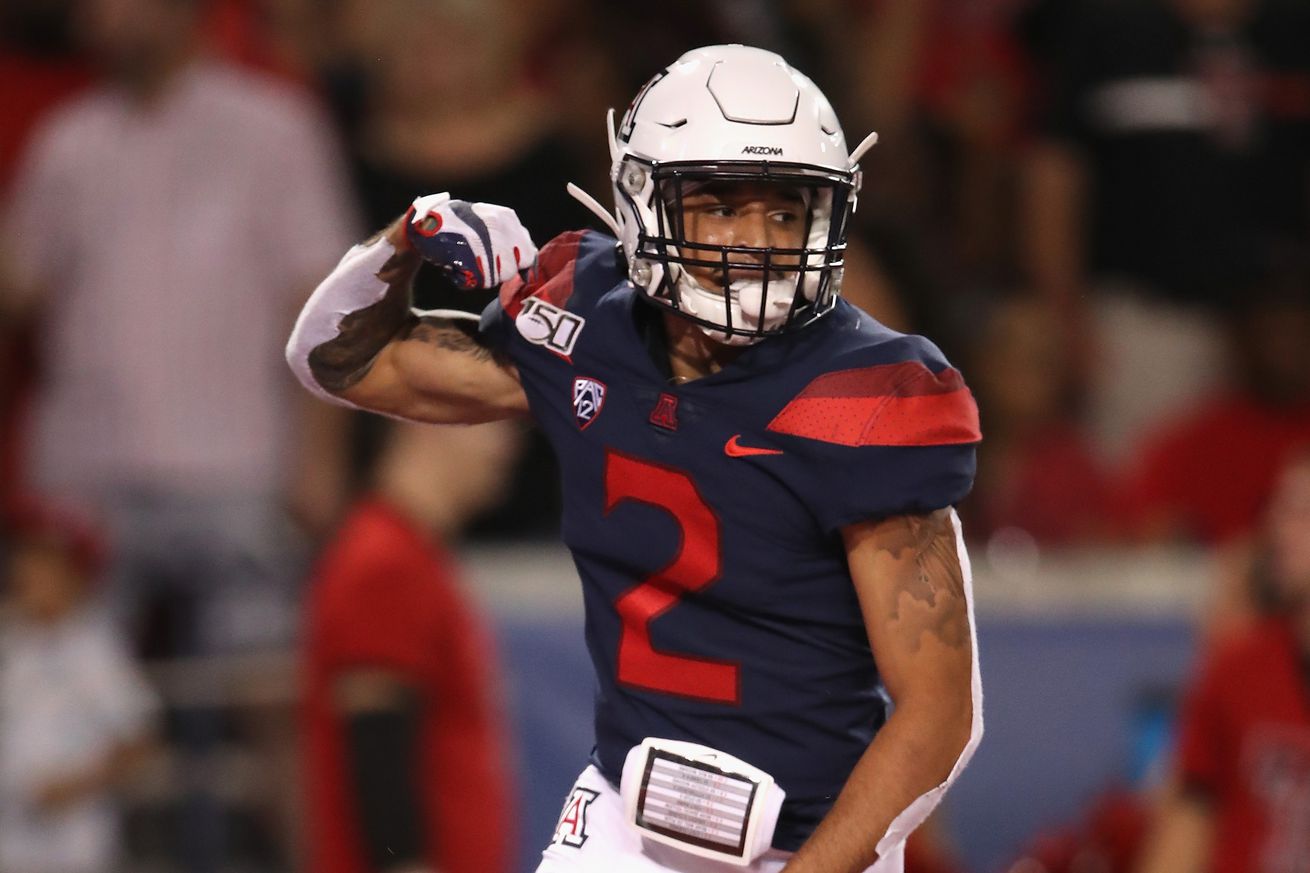 If the Pac-12 waited until the spring to play football, the Arizona Wildcats probably would have lost their top cornerback.

Not to transfer, but the NFL Draft.

“Because not having a season and playing in the spring and then me coming back next year being 24 years old, that’s really old as a college football player,” redshirt senior Lorenzo Burns said Friday via Zoom call. “So I think that was one consideration rather than transfer.”

Burns, who has graduated from the UA, already considered declaring for the 2020 NFL Draft after his redshirt junior season. He participated in Senior Day ceremonies last fall just in case he decided to go that route, but ultimately felt returning to Arizona was the right move.

“Just talking it over with my parents and even Coach [Demetrice Martin] and some other people that I know, some friends and family, it was just the best decision to come back and just up my stock,” he said. “There were some great names in the draft last year. I personally think Jace (Whittaker) should have gotten drafted. He was a baller, smart, very talented, but things didn’t go the way it should with COVID happening and everything. But just coming back and being able to up my stock and put more things on film, maybe getting some questions answered for NFL scouts and teams, and I just felt like me coming back would be another opportunity to answer all of those questions.”

Burns was an All-Pac-12 honorable mention last season after racking up 46 tackles, seven pass deflections and four interceptions. He has been a ball hawk throughout his career, intercepting five passes as a sophomore in 2017.

But his 5-foot-11, 175-pound frame could be concerning for NFL evaluators. Does he have the physicality to hang at the next level? Depends who you ask.

“Lorenzo Burns has next-level speed, but he is a small-bodied corner with a thin frame,” wrote Tony Pauline of ProFootballNetwork.com. “He could find a home as a dime back and return specialist in the NFL.”

From Arizona’s standpoint, Burns solidifies their secondary in a big way. Not just with his talent, but his leadership skills now that Whittaker is in the NFL.

“I expect him to be the ringleader for the group,” said first-year defensive backs coach Greg Burns (no relation). “I expect what he does is what the group is going to do. He’s going to do it in his own way in regards to his personality, but I expect big things. He’s a vet who understands his position, he’s got a good skill set and he’s going to lead us and I’m excited to have him.”

Lorenzo has been impressed with his fellow cornerbacks so far, who might be Arizona’s best position group on that side of the ball. The Wildcats also return sophomore Christian Roland-Wallace, a starter in eight games last season.

“The group that left last year, they were there for about four years—Tristan Cooper, Jace, Scottie Young—so you just have to get adjusted to everybody leaving as a whole because it was such a tight fit and tight mode in that room,” Burns said. “But now I think what’s changed is that it’s a whole different mindset. Not in a negative way, but as far as there’s a whole bunch of young guys that are so excited to get an opportunity to play and we’re loving to share the game with each other.

“They had an opportunity to learn from the best guys, the guys that were here last year. Jace is now on a 53-man roster, so that’s a great tool you can pick up on from him and being able to take that skillset and that knowledge and apply it to this group. And everybody seeing that and seeing what can be done, it’s an exciting opportunity.”

They also get an opportunity to learn from another teacher. Greg Burns is the fourth different coach to lead UA’s cornerbacks during Lorenzo Burns’ career. He was hired from USC this offseason to replace Demetrice Martin, who bolted for Colorado.

Though Greg Burns is new to Arizona, Lorenzo actually knew him before he was hired. Greg recruited Lorenzo when he was on Cal’s coaching staff from 2014 to 2016.

“I think he’s done a pretty good job as far as adjusting to not being able to see us over the summer, because that’s really most of the time where we’re able to make adjustments and get used to his coaching style,” Lorenzo said. “But in the little time that he’s had, he’s done a pretty good job of trying to help us understand the scheme, and where the fits needs to be, and his coaching style.”