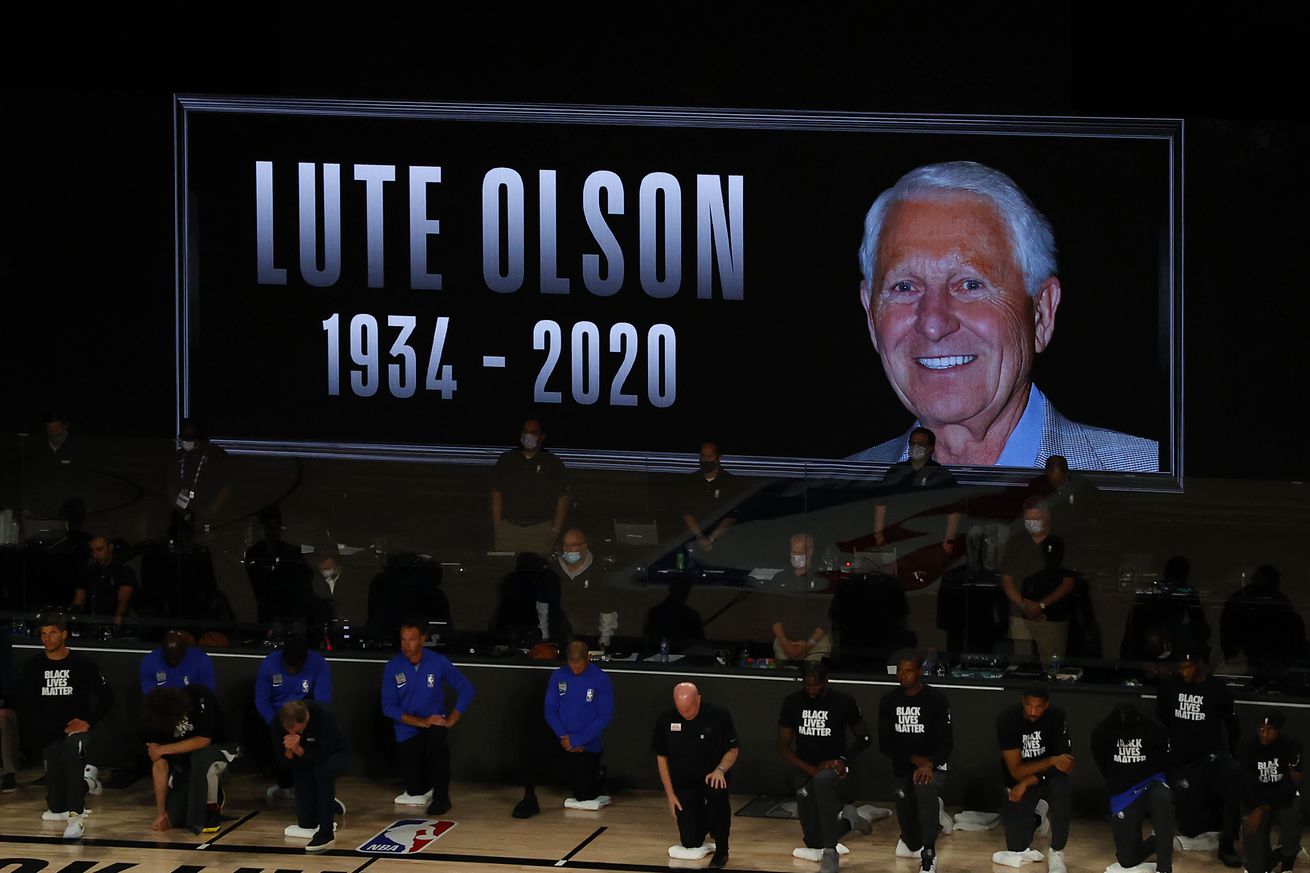 The late great Lute Olson was center stage in the NBA bubble on Saturday.

As the Orlando Magic and Milwaukee Bucks warmed up for Game 5 of their playoff series, Olson’s image was displayed on the monitor at midcourt.

The teams also held a moment of silence before tipoff for Olson, former All-Star Clifford Robinson and actor Chadwick Boseman, who also passed away recently.

The NBA holds a moment of silence for Clifford Robinson, Lute Olson, and Chadwick Boseman.

Olson certainly made his mark in the NBA, producing 34 draft picks, including 14 first-rounders (15 if you include Jordan Hill). Olson’s players went on to win 22 championships and make a combined $1.2 billion in salary.

Andre Iguodala is the last Olson-coached player in the league, while Steve Kerr (Warriors) and Luke Walton (Kings) are head coaches.

There are also plenty of assistants who played for Olson, such as Miles Simon (Lakers), Jud Buechler (Knicks), Bret Brielmaier (Nets) and Matt Brase (Rockets).