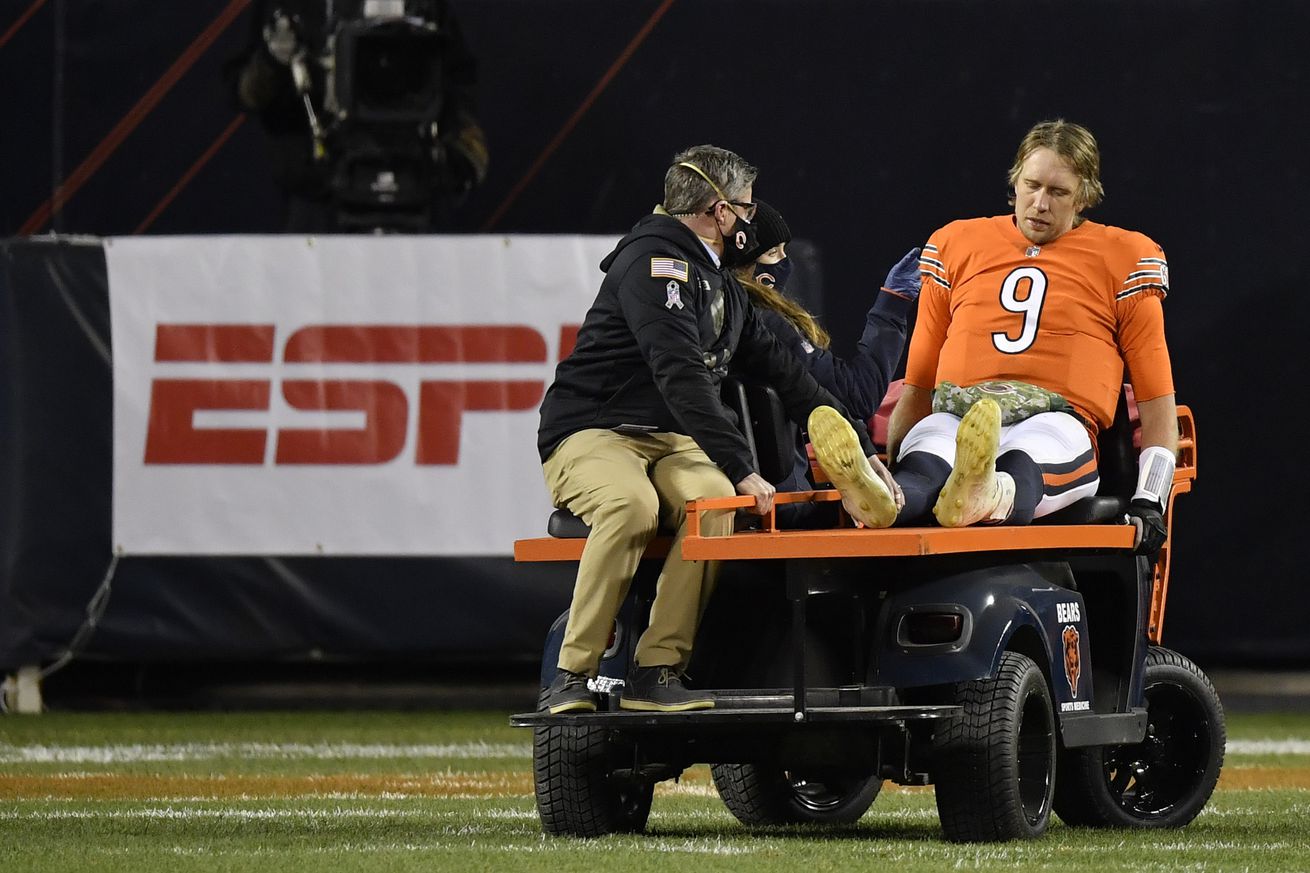 To make a dismal night worse for the Chicago Bears, starting quarterback Nick Foles was carted off the field with 34 seconds left in the fourth quarter of Monday’s 19-13 loss to the Minnesota Vikings.

As the Bears tried to mount a game-winning drive, Foles was slammed to the turf while throwing the ball away, causing him crash violently onto his right shoulder. The former Wildcat remained on the ground until trainers helped him to the locker room.

Nick Foles gets carted off the field after this fall. #Bears #Vikings pic.twitter.com/KzAblB0FJu

It was a bitter ending to an anemic performance for the Bears, who logged just 149 yards of offense, with Foles throwing for 106 yards on 26 pass attempts. (He also threw an interception.)

Chicago has lost four straight after starting the season 5-1. Foles took over as the starter in Week 4 and has been inconsistent, but hopefully his injury is nothing serious and he can return to action soon.

Foles already missed most of the 2019 season with a broken collarbone, ending his time as the Jacksonville Jaguars starter just months after he signed a four-year, $88 million contract.

The Bears acquired him in the offseason for a conditional fourth-round pick to compete with former No. 2 overall pick Mitchell Trubisky, who was inactive Monday with a shoulder injury of his own.