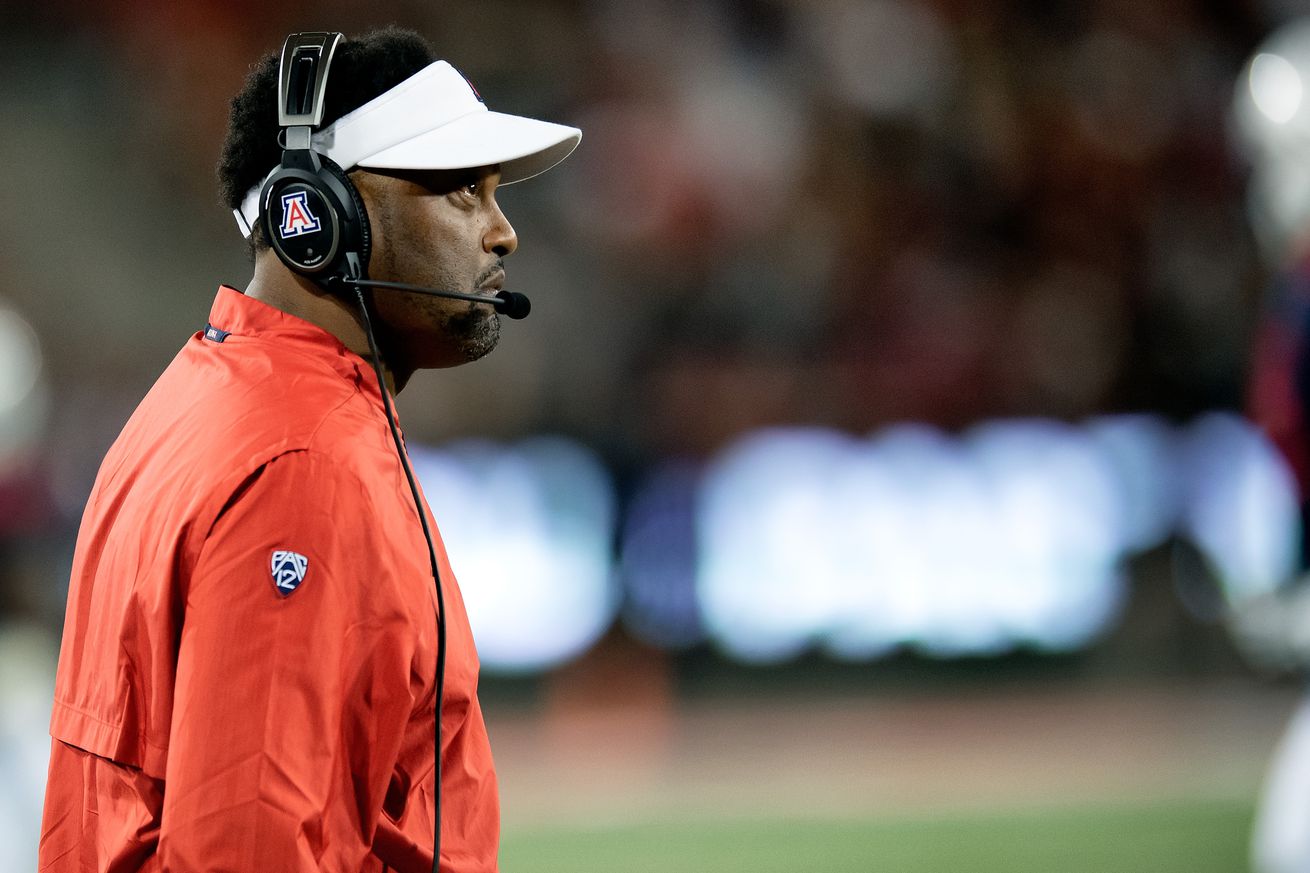 Kevin Sumlin has been coaching every year since 1989, starting as a graduate assistant at Washington State to now being the head coach of the Arizona Wildcats. Before that he played linebacker at Purdue from 1983 to 1986.

Saturdays in the fall have meant football for almost all of Sumlin’s adult life, so you can imagine how he felt last week when he had to inform his players that the 2020 season was postponed.

“We’re all human, so it affected me, but I knew a little bit before the announcement happened, so obviously some people saw me and knew something was up because I wasn’t myself that day,” Sumlin said. “But that’s our job. And as I told our guys, I don’t know what’s gonna happen. But as I said, it’s, ‘Now what?’”

For Arizona, “Now what?” means preparing for a spring season that many doubt will even happen. Sumlin acknowledged the uncertainty, saying it will require players and coaches to take on a new mindset this fall.

“So many times athletes, coaches, and trainers train for that particular season, so everything’s put into a timeline,” he said. “Here’s when we start, here’s what we’re looking for this season. But as a competitor what we’ve talked about is this is completely different. You have to continue to train and not necessarily prepare for a certain opponent, but prepare for the next opportunity that you’re going to get, of which you don’t know when that happens. Is that difficult? Yes, but that’s what they pay us to do as coaches.”

The only opponent right now is the coronavirus, and Sumlin believes roster management is the key to emerging from the pandemic as a winner.

While games are out of the picture for the foreseeable future, the Wildcats will continue to work on skill development, weight training, conditioning and other in-person team activities that can help make up for the time they lost when their players were stuck in quarantine.

(As of now teams are still allotted 20 hours of activities per week, not all of which can be used for practice.)

“It’s more than just, ‘Alright, how are we going to fight the virus?’” Sumlin said. “Yeah, that’s big, but when you haven’t been together for a long time there’s some other things you got to be accomplished to become a better football team.”

Yet, so much remains out of his team’s control, including that virus, which continues to smolder the United States.

When asked what he thinks about the SEC, Big 12 and ACC trying to play football in this climate, Sumlin said “let’s wait a couple weeks and see what happens.”

“Because of the way this virus has is really gone up and down and, and because of, quite frankly, the lack of respect for the virus by a lot of people in the community, you don’t know what’s going to happen,” he said. “The protocols and the precautions that we’re taking and have taken on our own campus, and our players have done a great job with that, that’s one thing. But as you start to add more and more people to the mix and the community and everything else, you don’t know what’s going to happen with where the virus is.”

Factor in 11 other Pac-12 communities, and it’s easy to understand why there’s even doubt about a spring season.

“The challenge is what it looks like in Tucson right now and particularly on our campus, which is pretty good, may look different in Los Angeles County or in Oregon,” Sumlin said. “And so the challenge is what may be OK in the Bay Area for our particular situation might be a lot different challenge in Southern California or in Oregon. I think people have already discussed that, so what does it look like for me? We just gotta be ready to go. And if we go, we go.”

Packing too many football games into one calendar year puts players at an increased risk of injury, so a spring season, if there is one, is likely to be condensed.

Sumlin isn’t concerned about that—”if it was gonna be a fall season, it was gonna be shortened anyway,” he said—but some key questions have to be answered before he is ready to look ahead, none greater than the issue of player eligibility.

The Pac-12 has strongly recommended that the NCAA gives relief to student-athletes whose eligibility is affected by COVID-19, something the organization has already agreed would be the right thing to do.

“I think that conversation needs to be had and needs to be solved because, just being honest with you, players gonna make decisions about this year,” Sumlin said. “The concern is just being honest. What if there’s a spike and I only get to play two games? What does that look like? So there’s a lot of questions to be answered. For me to say, ‘hey, let’s go do this right now.’ I’m just not ready to do that yet just based on what we’ve seen in the last four weeks.”