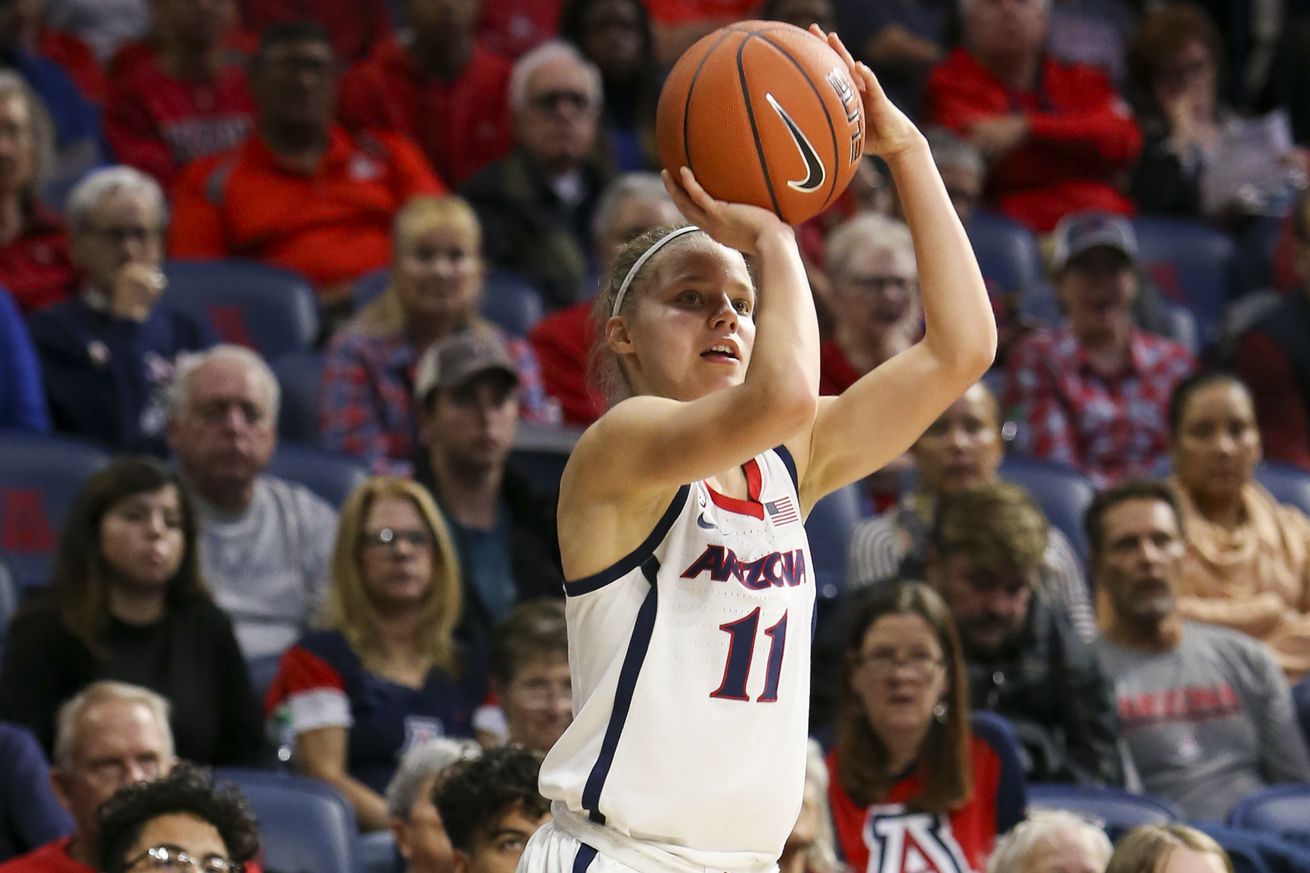 Players can start returning to campus for voluntary workouts on June 15, according to the Pac-12. While members of the Arizona Wildcats women’s basketball team won’t be back that soon, the extended period of downtime will require them to start thinking about conditioning sooner rather than later. Then, they can start thinking about improving their games.

What does each player need to improve on? We are taking a look at the returners to discuss the biggest areas of improvement they need to address. Links to the previous installments of this series can be found at the bottom.

Next up is Mara Mote.

Mara Mote is a fantastic shooter from the perimeter. She made 10 baskets in 6.3 minutes per game over 20 appearances during her freshman season. Nine of those buckets were from 3-point range. Of her 26 field goal attempts, 20 of them came from outside.

There’s no doubt that Arizona needs that perimeter shooting. The Wildcats’ two starting guards weren’t very effective from outside, so spreading the floor was the job of players like Mote, Sam Thomas and Helena Pueyo.

The difference between Thomas and her two freshman counterparts is that she was effective inside, too. While Mote got 84.4 percent of her points from beyond the arc, Thomas was more well-rounded, getting 42.6 percent from 3, 37.8 percent from 2, and 19.6 percent from the foul line.

Why is Thomas the best role model for Mote? It’s pretty simple. Thomas is heading into her senior season. Someone will need to step into her role in 2021-22. The best options currently on the team are Mote and Pueyo.

As of now, it’s unclear whether lack of minutes or personal tendencies were more to blame for the imbalance in Mote’s scoring. It’s difficult to make an accurate analysis based on a total of 126 minutes over 20 games. If she is able to earn additional time on the court during her sophomore season, some of the issue may work itself out.

Take a look at our evaluation of Mara’s freshman season…

Did you miss previous installments in this series? Here’s where you can find them…