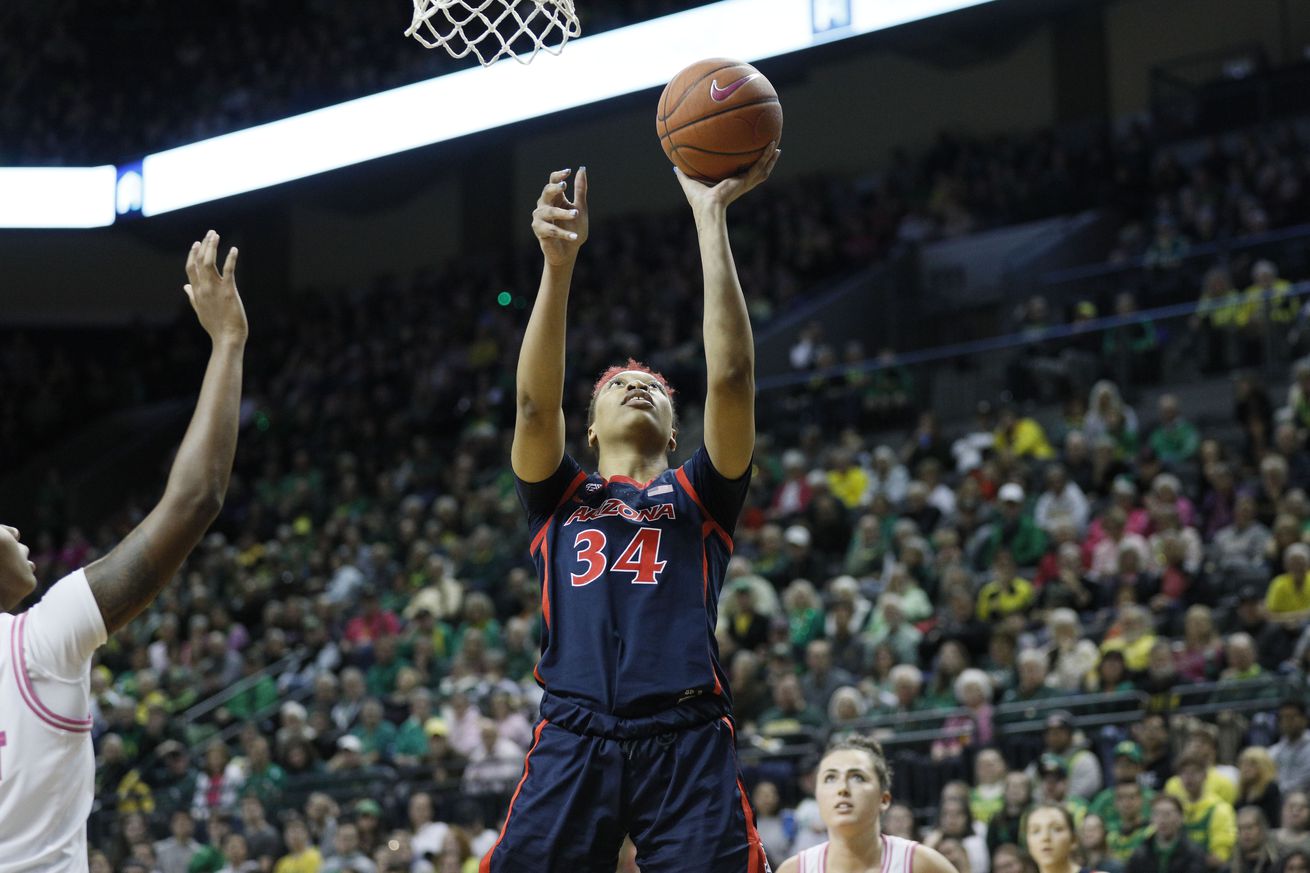 Players can start returning to campus for voluntary workouts on June 15, according to the Pac-12. While members of the Arizona Wildcats women’s basketball team may not be back that soon, the extended period of downtime will require them to start thinking about conditioning sooner rather than later. Then, they can start thinking about improving their games.

What does each player need to improve on? We are taking a look at the returners to discuss the biggest areas of improvement they need to address. Links to the previous installments of this series can be found at the bottom.

Next up is Semaj Smith.

Truth be told, there are two things that Semaj Smith really needs to address her junior season: turnovers and fouls. She has struggled with the foul situation both of her underclass seasons and had foul rate of 7.6 percent last season according to Her Hoop Stats. That places her in the 4.5 percentile of Division I players.

As a possible starter next season, cleaning up those fouls would certainly be helpful. The fact is, though, that Arizona has a solid pool of talent on the interior. If Smith suffers with foul trouble, the Wildcats will have the likes of Cate Reese, Trinity Baptiste, Lauren Ware, Sevval Gül and Marta Garcia still available.

The turnover issue is the bigger concern, and it’s one that plagues several members on the team. Not valuing the ball will hurt the team as a whole more than having one center in foul trouble.

By the numbers, Smith is doing more than her share to contribute to the giveaways. She has a turnover rate of 30.1 percent. That is, almost one-third of the plays she’s involved in end with Smith turning the ball over. That ranks her in the 7.8 percentile of her peers.

An even bigger problem for Smith was that both her turnovers and her turnover rate increased from her freshman to her sophomore year. As a pure counting stat, turnovers per game could be attributed to the three minutes or so extra that she spent on the court her sophomore season. The fact that a pace-controlled stat like turnover rate increased from 26 to 30.1 percent makes the issue less likely to be about playing time.

The bright side is that this is a problem that should be relatively easy to fix. As with many young bigs, Smith has a tendency to bring the ball down in the paint. Her 6-foot-6 height would make her almost invulnerable to pesky guards if she could keep the ball high. Instead, she opens herself to getting her pocket picked. Can she finally get over that as an upperclassman?

Take a look at our evaluation of Semaj’s sophomore season…

Did you miss previous installments in this series? Here’s where you can find them…