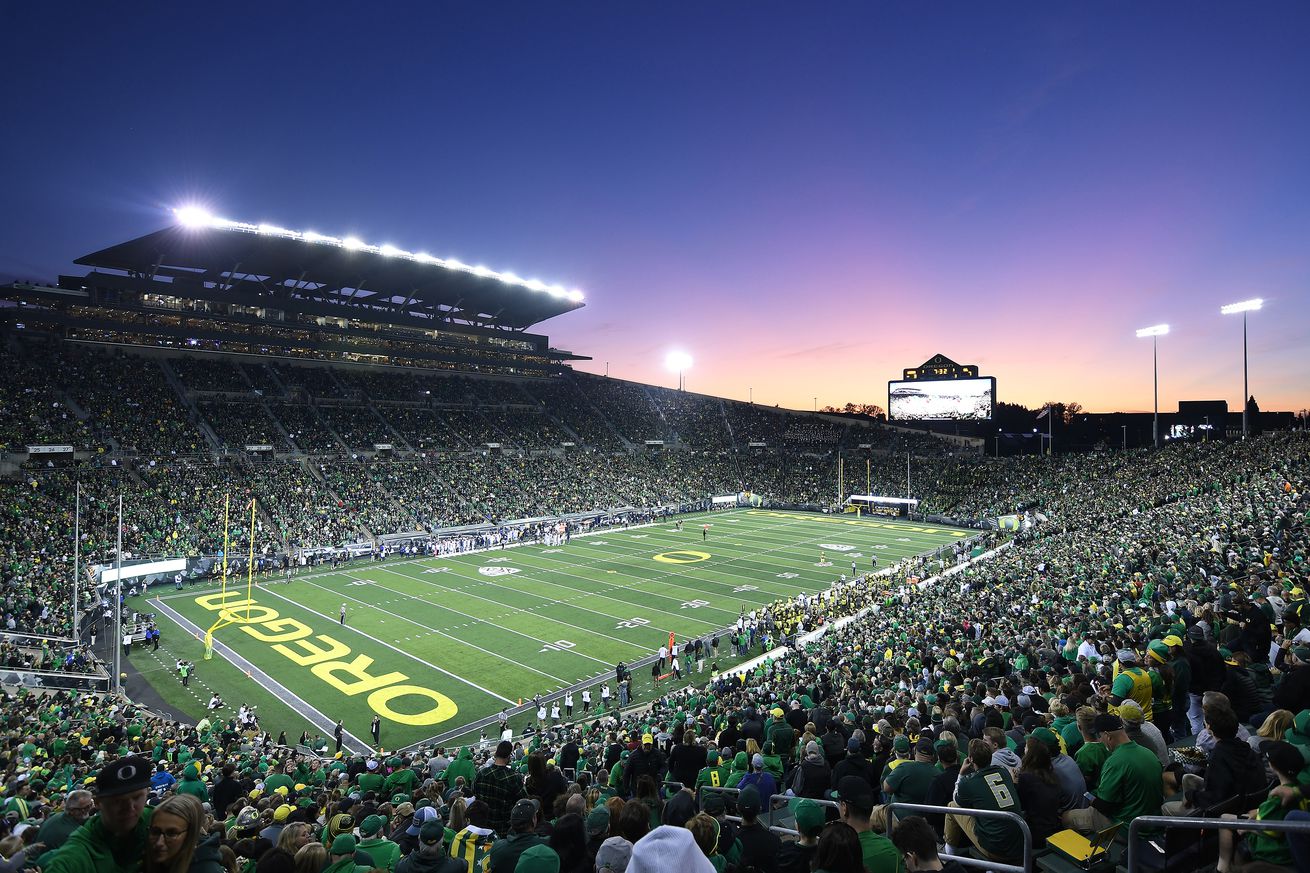 Oregon governor Kate Brown and the Oregon Health Authority have granted the Oregon Ducks and Oregon State Beavers athletic departments permission to begin football activities pending a written plan from the Pac-12 Conference, according to The Oregonian’s James Crepea.

In a statement provided to Crepea, Gov. Brown spokesman Charles Boyle said, “Let me stress that up to this point, we have received no written plans from the Pac-12 for the upcoming season, and we have no details from the conference about their new rapid testing proposal. Until we have those details, we can’t move forward in the process.”

That statement is at odds with what Pac-12 commissioner Larry Scott said in his own statement earlier Wednesday, obtained by ESPN’s Kyle Bonagura.

“At this time, our universities in California and Oregon do not have approval from state or local public health officials to start contact practice,” Scott said. “We are hopeful that our new daily testing capability can help satisfy public health official approvals in California and Oregon to begin contact practice and competition.”

Arizona has already been using Quidel tests since the spring with promising results, according to Jon Wilner of The Mercury News.

The Pac-12 and state governments are under intense pressure to develop a plan to play college football this fall, especially after the Big Ten announced Wednesday that it will begin its season in late October.

The ball appears to be in Larry Scott’s court.