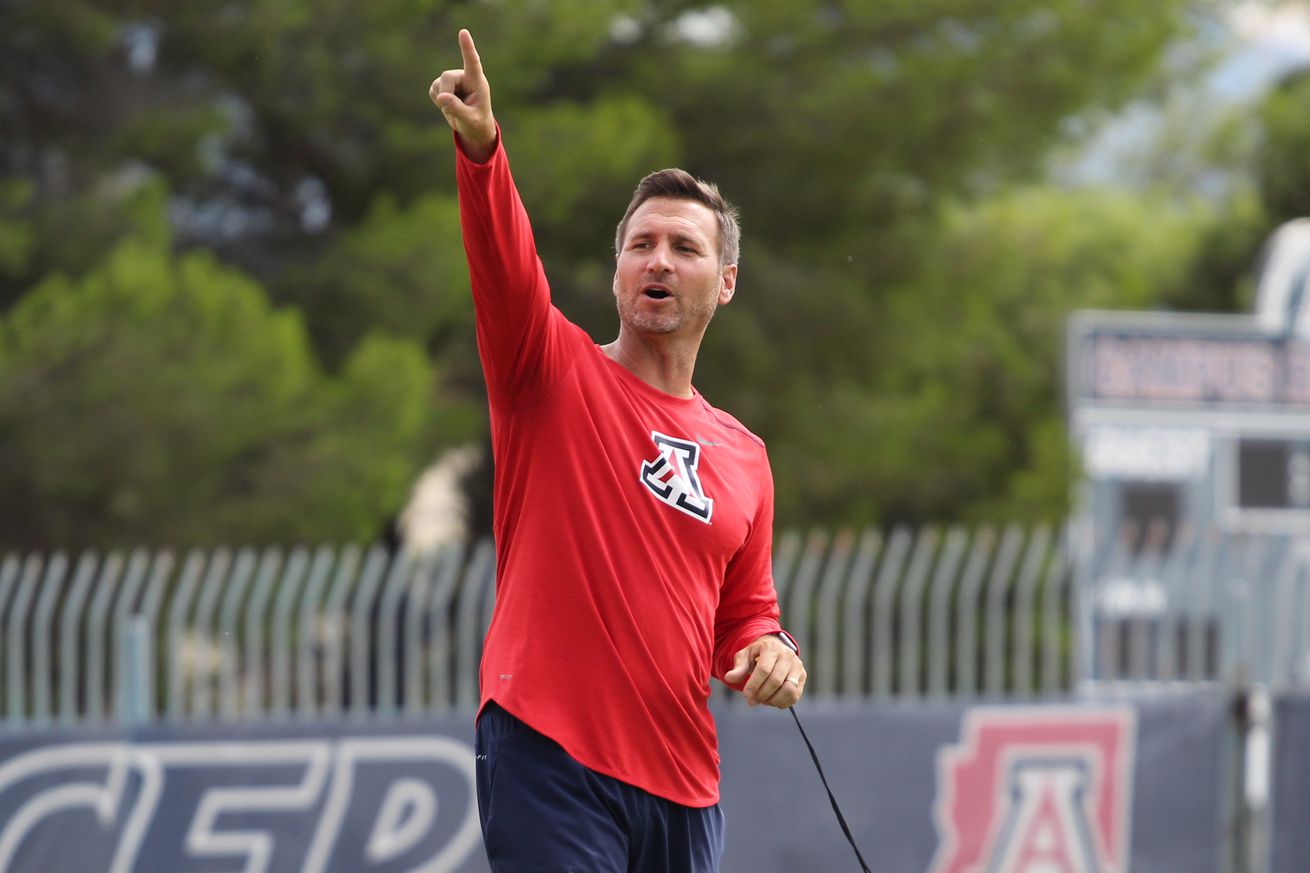 Paul Nagy has stepped down as Arizona soccer’s associate head coach, according to multiple sources.

Nagy has been head coach Tony Amato’s chief assistant ever since he took over the program in 2013, as well as at Stephen F. Austin and Rollins College before that.

Together they resurrected a UA program that used to be one of the worst in the Pac-12. The Wildcats have made the NCAA Tournament five of the last six years after only making it twice from 1994 to 2013.

Nagy, who is married to Arizona softball legend and associate head coach Caitlin Lowe, was most known for his ability to recruit, coach the defense and develop goalkeepers.

From 2015 to 2018, Nagy helped Lainey Burdett break the school record for all-time wins and shutouts. Burdett is now a backup for the Orlando Pride as the first UA product to play in the NWSL. Hope Hisey took over in goal in 2019 and was named to the Pac-12 All-Freshman team.

“He’s good at things that I’m not always that good at,” Amato said of Nagy last fall. “One of those things is he looks through a defensive lens, a goalkeeping lens. I look through a forward lens of like, ‘how are we going to score goals?’ And he’s in my ear making sure we have some balance there.”

It’s unclear who will replace Nagy and what’s next for him (and Lowe), though a source indicated that he is getting out of college coaching. The timing of his departure is tough with the college soccer season only two months away (assuming it is not delayed by the pandemic) and the fact the Wildcats have a revamped roster with 13 newcomers.

Nagy was just promoted from assistant coach to associate head coach before the 2019 season. Amato said the move was designed to “keep stimulating growth in our program.”

“Paul has been a huge success over the past six and a half years that we’ve been here, but we want to keep growing, adapting, evolving,” Amato said at the time. “Paul’s in a place where he’s helped us through a lot of successes, but he can also continue to grow and move forward, so I think it’s good for his growth and his career and taking on some stuff from a responsibility standpoint. … We’ve gone to a Sweet Sixteen, we’ve gone to NCAA Tournament second rounds, we’ve hosted games, we’ve had some successes but we’re not interested in staying in that place.”

Now that it’s official, here’s what Tony Amato said about Paul Nagy’s promotion to associate head coach and why they work so well together pic.twitter.com/FDbm3ILu5a