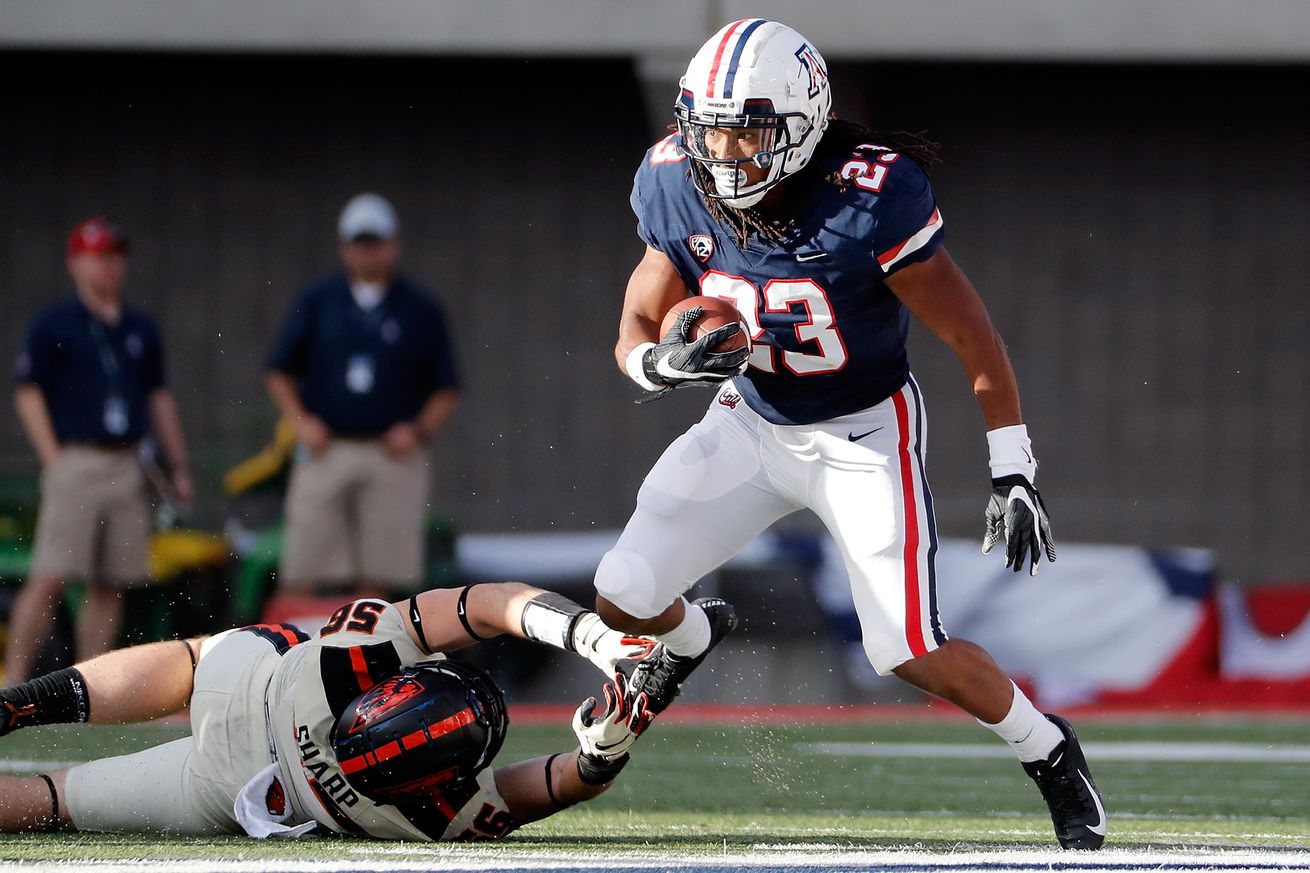 While Arizona’s defense is a huge question mark, the Wildcats could be very good offensively in 2020.

They have the best returning quarterback in the Pac-12 (don’t just take our word for it!), a skilled but tough running back in Gary Brightwell, several returning receivers including No. 1 target Jamarye Joiner, and an offensive line that should improve as it returns four of five starters, including NFL prospect Donovan Laie, who won’t be transferring after all.

With the calendar flipping to October and Arizona’s season opener only being a month away, I asked our resident expert Brandon Combs to formulate a two-deep heading into the preseason. Below is how he thinks the offense will line up. (His defensive depth chart can be found HERE.)

The thing that stood out to me was Laie at guard and Morgan at tackle. Laie has started 22 of 24 career games at tackle, but he did start at left guard in last year’s finale at ASU with Morgan to his left, so Brandon’s alignment is probably right.

However, I probably would put Kevin Doyle ahead of Plummer, but ideally Gunnell can play every snap.

Who knows what the final pecking order will be at wide receiver. Not much is set in stone there.