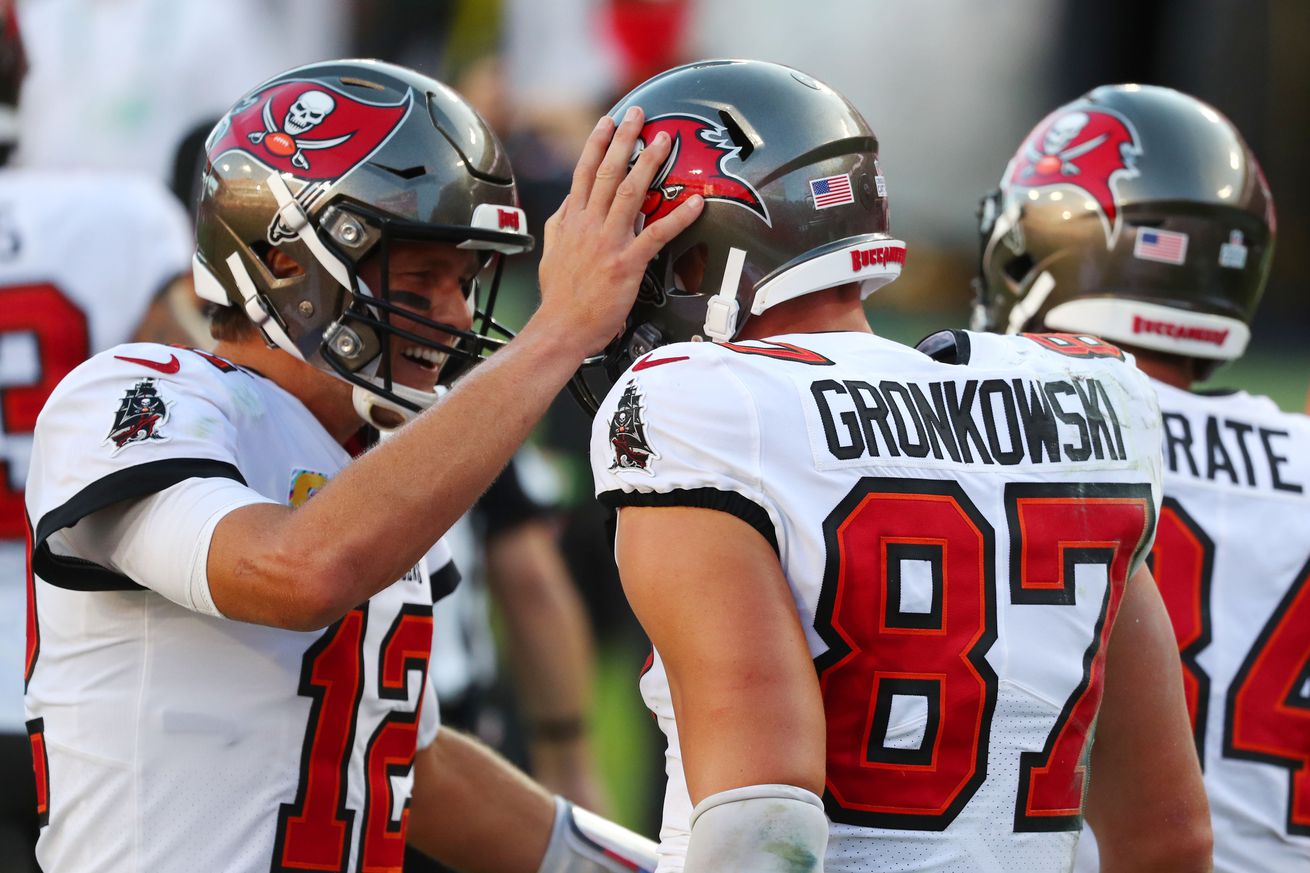 The Gronk Spike is back!

And it was a beauty, with Gronk snaring a back-shoulder throw from longtime teammate Tom Brady:

Gronk scores for the first time since 2018

The 31-year-old Gronkowski got off to a slow start this season, his first since coming out of retirement, but has picked it up the last few weeks.

Last week, the former Wildcat had a season-high 52 yards in a win over the Chargers.

Tom Brady and Rob Gronkowski have now connected on 91 touchdowns.

That’s the 3rd-most by any QB-receiver combo in NFL history including the playoffs, trailing only Peyton Manning-Marvin Harrison (114) and Steve Young-Jerry Rice (92). pic.twitter.com/cjUDRfpJzx