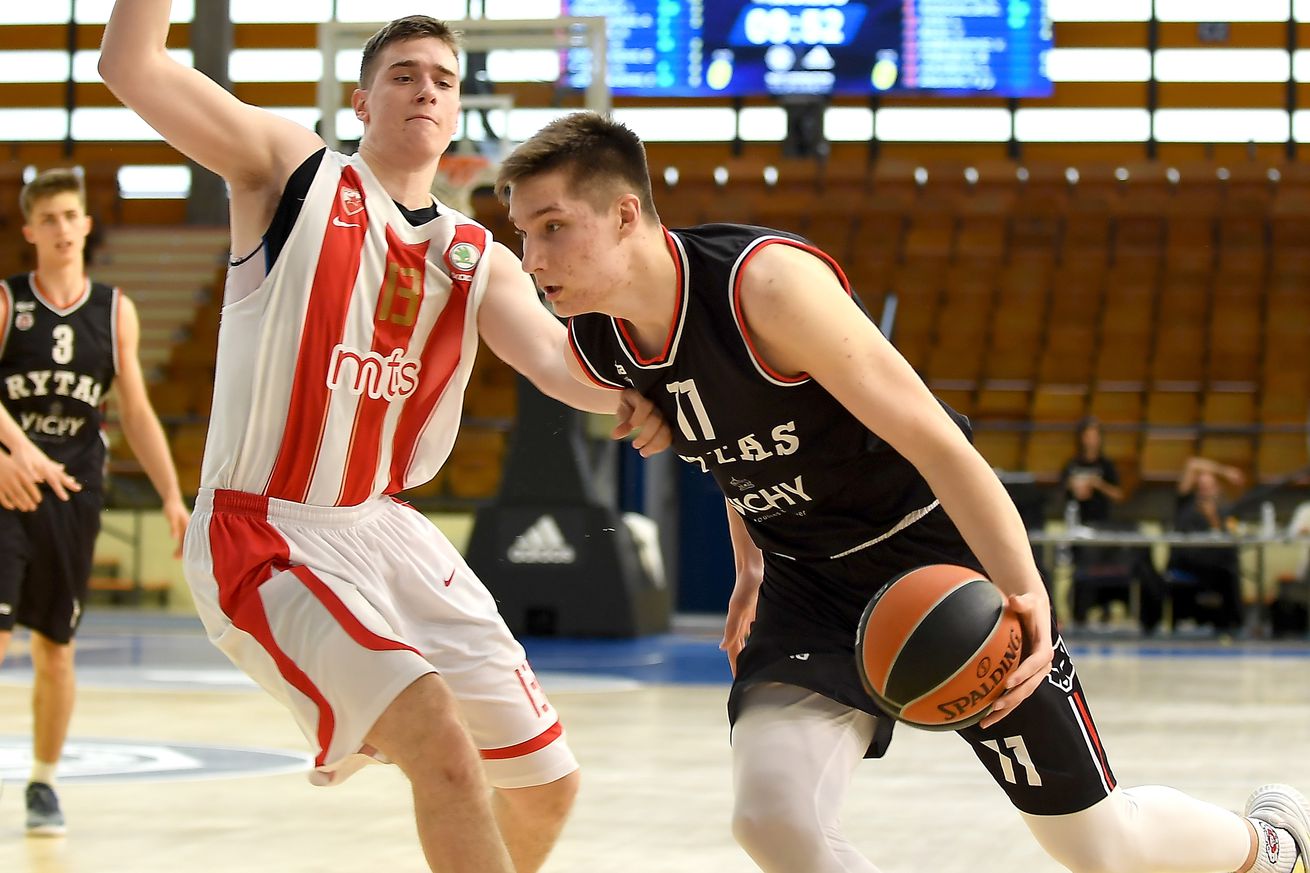 The Arizona Wildcats have to replace the 16.1 points and 8.9 rebounds Zeke Nnaji averaged last season somehow, and maybe Azuolas Tubelis can do it.

UA head coach Sean Miller compared the Lithuanian freshman to Nnaji on Tuesday, his first time speaking publicly about Tubelis, whose twin Tautvilas also signed with the Wildcats but is not quite as decorated as a player.

“I think he gives us a lot of the same things that we came to love about Zeke Nnaji in that he’s a forward that’s versatile, very physical, can impact the game around the basket, but also is adept away from the rim, maybe even a little bit more so than Zeke,” Miller said of Azuolas. “Zeke maybe was a little bit bigger and more physical around the basket.”

Nnaji won a Minnesota state championship at Hopkins High School before joining Arizona, but Tubelis has an even stronger resume.

The 6-foot-9, 227-pound forward averaged 16.5 points per game for Perlas Vilinius in the NKL, Lithuania’s second-best professional league, this season. Tubelis shot 50 percent from the field and grabbed 6.2 boards per game, despite competing against men.

When Tubelis competed against players his own age in the junior league, he averaged 20.5 points and 12.5 rebounds across four games while shooting 64 percent from the field.

Tubelis has also represented Lithuania on the FIBA circuit and, what do you know, he dominated there too, leading his country in scoring (14.9 PPG) and rebounding (12.6 RPG) at the U18 European Championships.

ESPN declared Tubelis as the top international prospect to go to college, where he should have a strong shot to be a day-one starter.

“The one thing about all of our guys that are that are coming in from the international game, they’ve been battle tested in FIBA,” Miller said. “They played for their country. They played against some great competition in Europe, they’ve traveled to the United States almost all of them. And I think they have a good feel for the game, so they’re not going to be a deer in headlights when it comes to college basketball.

“There’s certainly going to be an adjustment period but I think all of them come very well-coached, very well schooled and having played in a variety of competitive environments that will remind them of college. I think the more important part of it is the cultural adjustment, being a long way from home with the virus and making sure that we welcome them with open arms as a university, as a community, and as a basketball program.”