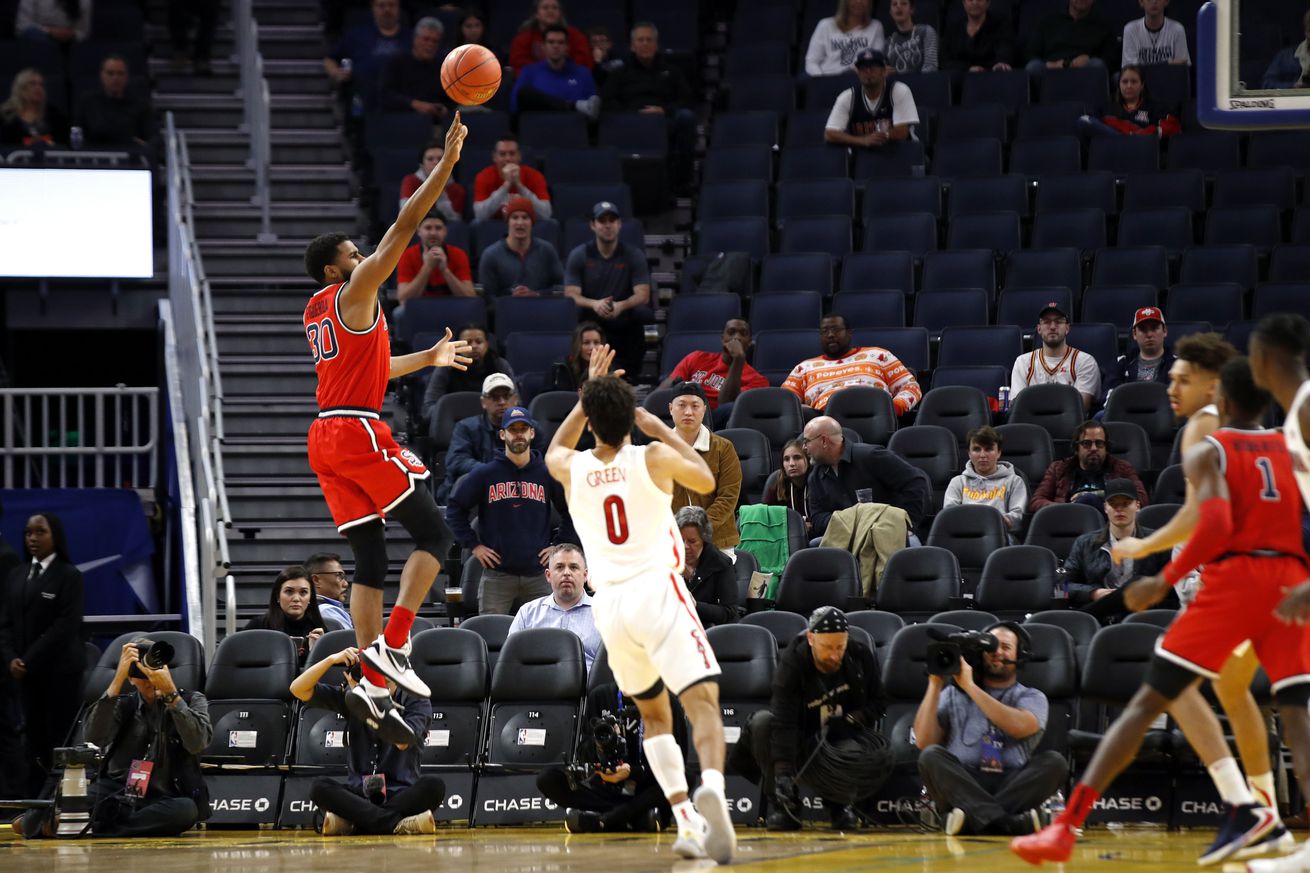 Two of the Arizona Wildcats’ villains from last season are joining forces.

LJ Figueroa, who scored 21 points to help St. John’s beat the Wildcats last December in San Francisco, announced Saturday that he is transferring to the Oregon Ducks (whom the UA lost to in overtime twice in 2020).

The Wildcats rallied to make it a game late in the second half but couldn’t complete the comeback.

Figueroa will have two years of eligibility remaining, but it remains to be seen if that would start in November or not until the 2021-22 season. There’s also a chance he goes pro, according to Zach Braziller of the New York Post:

St Johns transfer LJ Figueroa announces for Oregon. Picked them over Auburn and Memphis. Going pro has not been ruled out yet per source #sjubb pic.twitter.com/5SkEwXWxXG