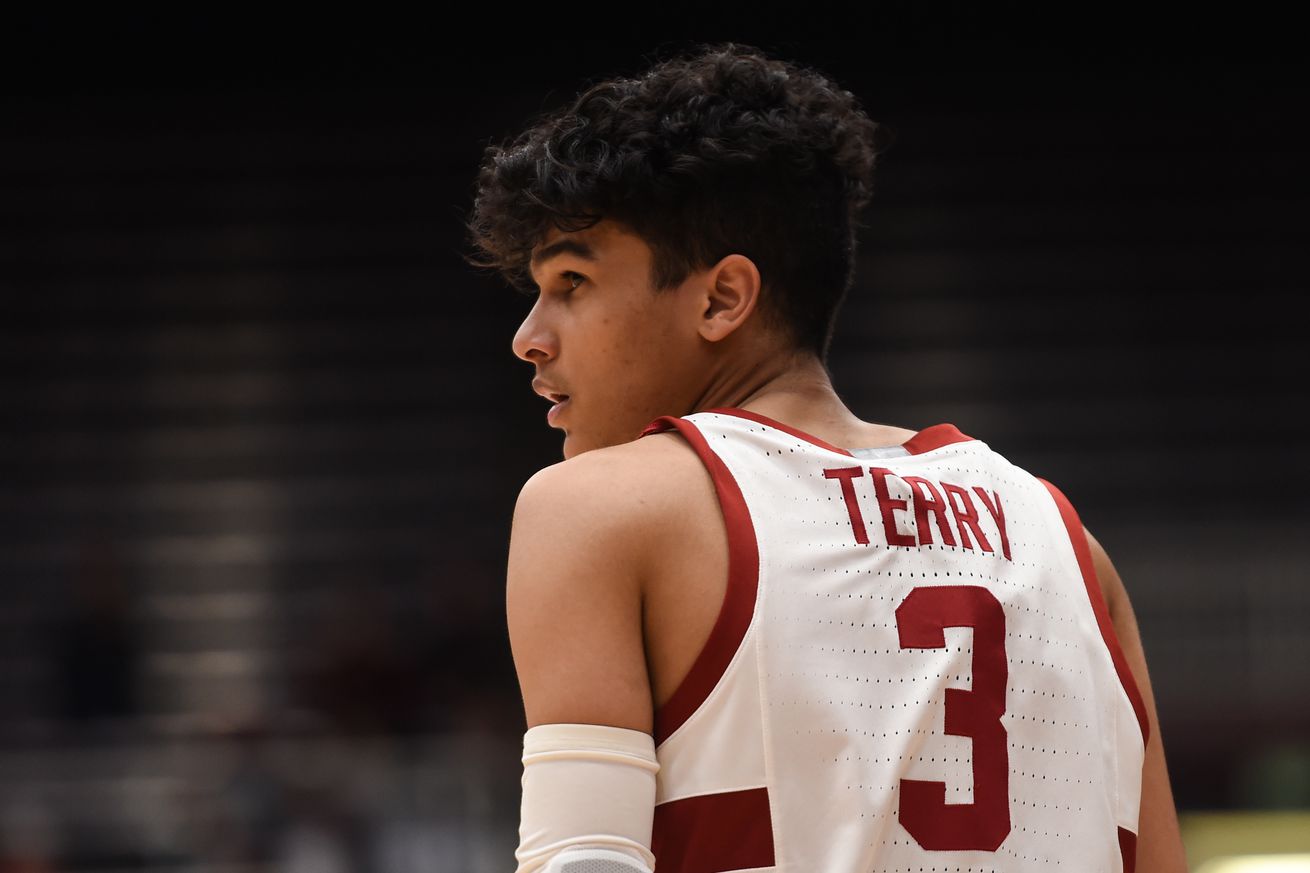 Some considered the Stanford Cardinal to be the favorite in the Pac-12 after landing five-star forward Ziaire Williams, but their stock took a big hit Friday when freshman point guard Tyrell Terry announced that he will remain in the 2020 NBA Draft.

On to the next chapter pic.twitter.com/XKuRLpHF5u

The Athletic’s Sam Vecenie has Terry at No. 26 on his big board, meaning Terry has a good shot at being a first-round pick.

An All-Pac-12 honorable mention, Terry averaged 14.6 points, 4.5 rebounds and 3.2 assists in his one and only campaign with the Cardinal. He was a terrific shooter, making 41 percent of his 3s.

In other Pac-12 news, Washington State wing CJ Elleby also announced he will be going pro after two seasons on the Palouse.

I will always be a Coug! And I have so much love for the Pullman Community. The last two years have been my best! But I have made my decision. I’m going ALL IN THANK YOU PULLMAN pic.twitter.com/iM4lwcILCE

Elleby was a bright spot for the lowly Cougs, averaging 18.4 points and 7.8 rebounds per game as a sophomore (though he only shot 40 percent from the field and 34 percent from behind the arc).

Elleby will be a second-round selection if he is drafted at all. Vecenie lists him at No. 100 on his big board.

Terry and Elleby staying in the draft helps Arizona’s chances of winning the Pac-12, but it also weakens the conference. But who knows if there will even be a college season at this point, which was likely a sticking point for Terry and Elleby.