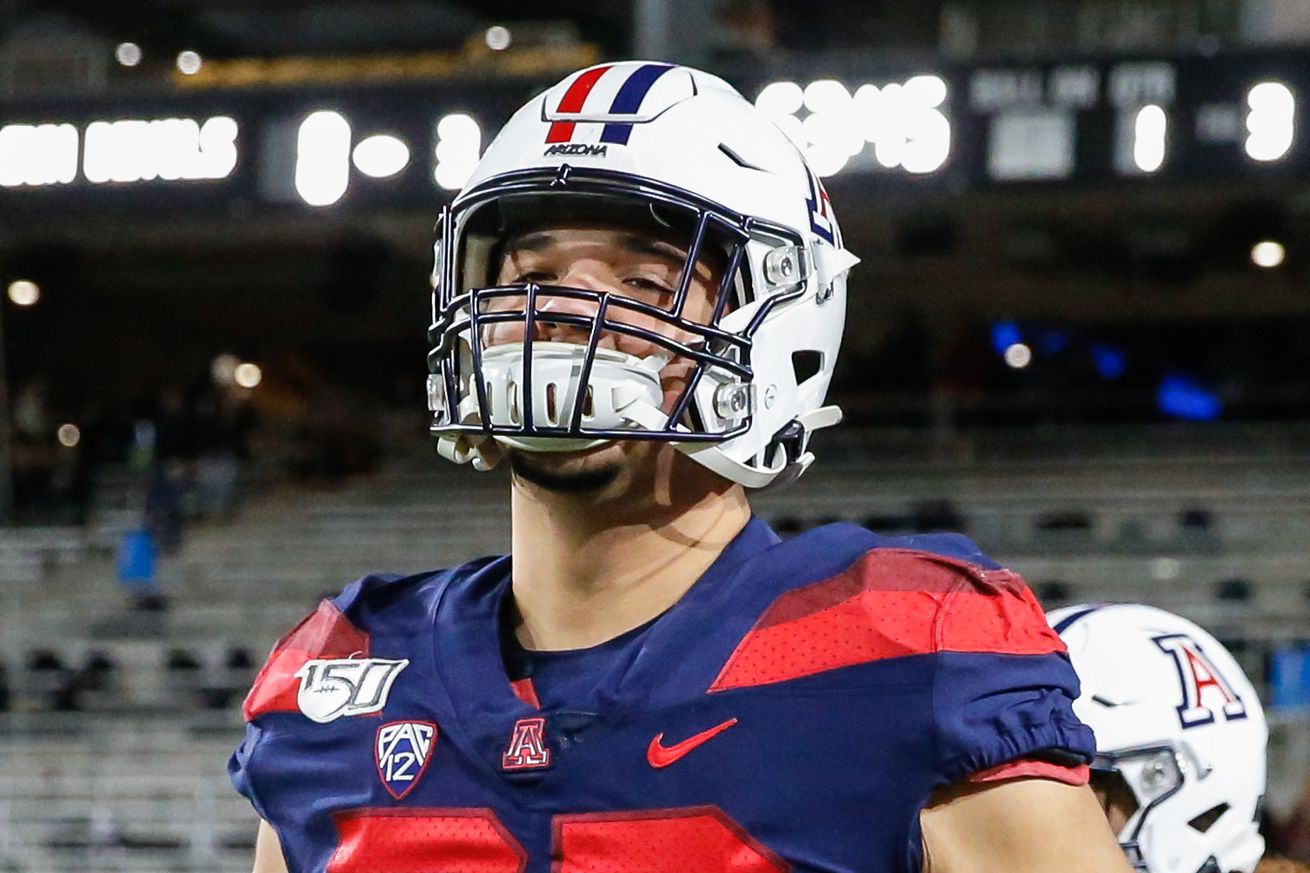 Arizona Wildcats offensive lineman Edgar Burrola was recently suspended for violating the program’s COVID-19 protocol, and the redshirt junior shared his side of the story in an interview with KVOA’s David Kelly on Tuesday night, admitting to breaking the rules four times.

Burrola said the first violation occurred on June 30. He said he grabbed food at the team facility without wearing a mask—or a shirt—because it was a grab-and-go spread and he didn’t think it was necessary.

“They want to make it seem like I was coughing on everybody and being rude, when in reality it was just like a small mistake,” he said. “My coach called me and I apologized.”

The second violation, Burrola said, occurred when one of his roommates tested positive for coronavirus and Burrola broke quarantine to make a food run.

“He was in his room. I was in mine,” Burrola said. “But you gotta leave the house sometimes, right? You can’t be in a house all day.”

Burrola said the third violation occurred when he entered the team’s COVID-19 testing area without a mask because he thought he was scheduled for drive-by testing.

“So I show up without a mask, I ask politely for a mask, and then while I’m getting one, Stephen Paul, somebody in charge of the protocol, comes and starts yelling at me, saying ‘Edgar, when you come in here, you need to have your mask on, you need to have it on as soon as you get out the car,’” Burrola said.

Burrola said he recently broke quarantine again to help his friend move, though he insists he wore a mask and stayed physically distant throughout the process. Burrola said he received a call from a coach warning him that his actions could warrant suspension.

“But during that conversation, I told my coach I didn’t trust the medical staff,” Burrola said. “I don’t feel safe. And he basically told me, ‘I’m listening. I understand your concerns, I just don’t agree with them.’ And then the next day, the 23rd (of July), I get suspended.”

Burrola said his distrust of Arizona’s medical staff stems from last season when he suffered a shoulder injury that he claims was misdiagnosed.

“They said I had a bone bruise,” he said. “This happened week three or week four, I believe. And then I played on it the whole season. And so what ended up happening was I had to go get my own MRI, and the MRI said I had a separated AC joint, a torn labrum, tendonosis in my shoulder and fluid in my shoulder. And the staff did not care to look this deep into my injury, so I ended up playing on a really bad shoulder.”

Burrola said he had surgery in Las Vegas, his hometown, without the UA’s permission.

“I asked the school if they could reimburse me for the surgery, but they said our doctor didn’t approve it, so no,” Burrola said.

Burrola has posted tweets that downplay the significance of the coronavirus pandemic, but he told Kelly that he believes it’s a real virus (though he didn’t give his opinion on the severity of it).

“I just don’t trust the protocols to keep us safe,” he said. “My roommate had COVID, he didn’t receive any treatment. I asked about hydroxychloroquine, one doctor said studies show it doesn’t help. Another doctor said the same thing. And I told him it does work. So he sent me an article saying it only helps people with COVID. But if it only helps people with COVID, why didn’t my roommate get some treatment? We didn’t get educated on the immune system. They didn’t tell us anything about that.”

Burrola insists he still has not received an email that affirms his suspension, but he says he did receive a notice that his scholarship has been reduced.

“I only get books, tuition and fees,” Burrola said. “I lost my meal plan. I tried to get food after I got suspended. I could not get food that the school provides us. … You can stop at certain locations. I went to go get food, I couldn’t get food. They took my meal plan that same day. Then I get a letter saying my scholarship is reduced a couple of days later. But I have yet to receive my letter suspension. I have asked many times for it and I keep getting pushed it aside.”

Burrola, who appeared in 11 games at right tackle in 2019 including six starts, said he is open to playing for Arizona again, but his “love for the truth is more important than that, so whatever happens, happens.”

Arizona head coach Kevin Sumlin, not mentioning Burrola directly, told the Arizona Daily Star on Tuesday that “if you’re not gonna pay attention to the protocol…we just can’t have you around.”

Arizona’s safety measures have been highly effective so far, with only three of 366 tests returning positive.

“It’s not the same Arizona I committed to,” said Burrola, who was recruited by former UA head coach Rich Rodriguez. “I would love to play. I had a lot of fun last year with my teammates. It was my first year playing, I have a house here, I have plans to be here. But I guess I don’t know. There’s just certain politics that come in hand with this.”

In the meantime, Burrola has returned to Las Vegas where he has been working as a roofer.

“Other players are happy to be there, so they’ll probably say some different things than I’m saying, but at the end of the day the truth will come out,” Burrola said. “Nobody really feels like they can say anything because if they did that to me, what would they do to them? I’m lucky I have my own business and I have my savings saved up for a rainy day. But who’s gonna speak for other people who can’t?”