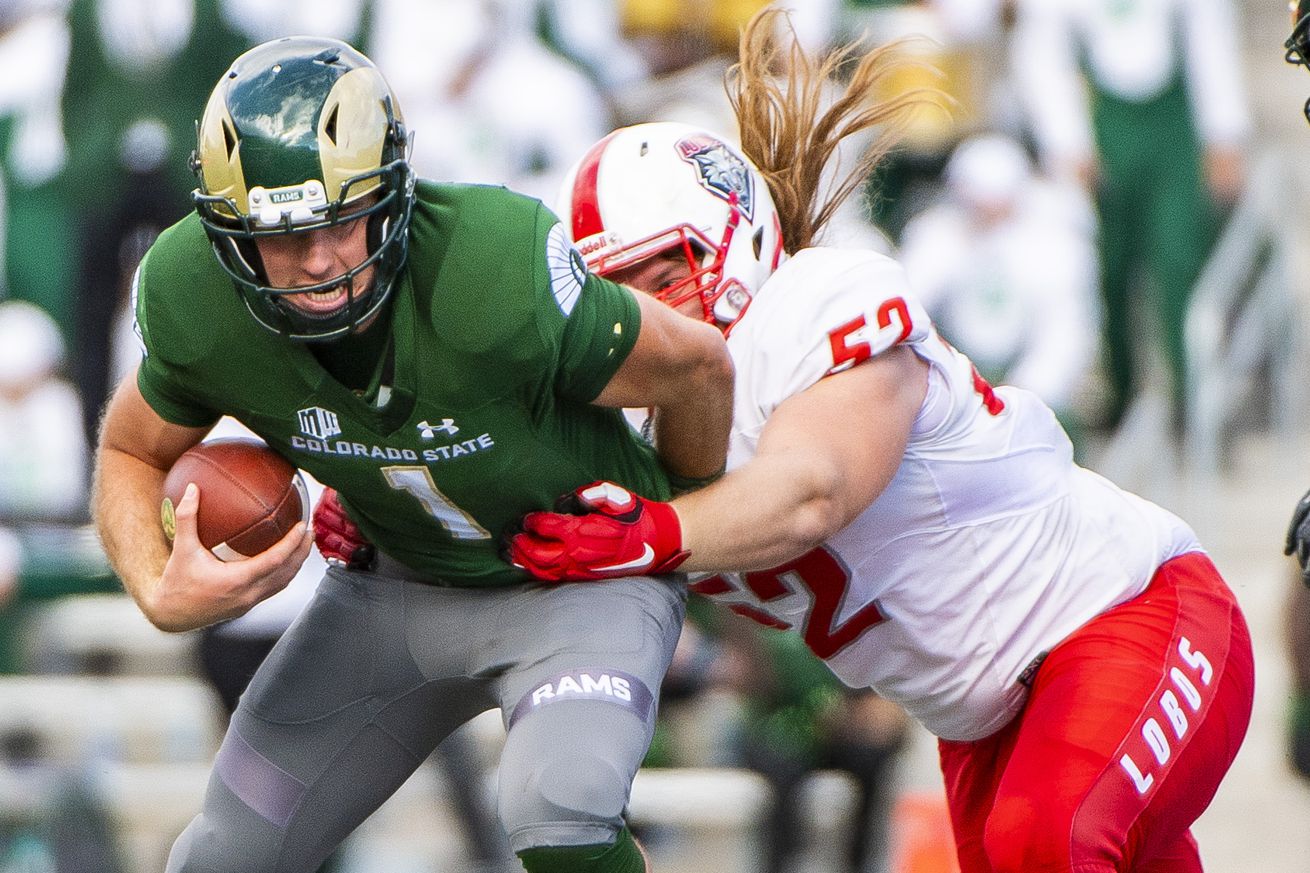 Aaron Blackwell was already interested in joining the Arizona Wildcats when he decided to transfer from New Mexico in December.

Then they hired his former defensive line coach Stan Eggen and his decision to enroll at the UA got a whole lot easier.

“It was a very strange occurrence,” Blackwell said. “I kind of entered the portal to see what my options were. I had been talking to (head) coach (Kevin) Sumlin, I showed him my film, and then all of a sudden, boom, Coach Eggen gets hired. It was kind of like the perfect storm. I‘ve always been a fan of Arizona. I grew up here. It was ASU and Arizona growing up and this has just been the best situation I could have asked for.”

Blackwell and Eggen have already proven to be a formidable pairing.

In two seasons under Eggen at New Mexico, Blackwell logged 42 tackles, 7.5 tackles for loss, and two sacks across 24 games. In 2018, his last full season, he was an All-Mountain West honorable mention as the Lobos’ starting nose tackle.

Eggen was surprised that Blackwell wanted to reunite with him—“I didn’t know if two years would be enough,” he joked—but he shouldn’t have.

“I couldn’t ask for a better coach in my life,” Blackwell said. “He’s kind of like a grandpa to me now. I kind of tell people the relationship we have is he’s kind of like that old, cranky old man. You know, he’s the wisest guy. I’ve learned so much from him along the way, and I can’t be more happy to be with him still.”

The two have the tall task of trying to turn around an Arizona defensive line that has been a major weakpoint over the past several years. Last season, the Wildcats finished dead last in the Pac-12 in sacks and stopping the run.

Eggen sees Blackwell, a fifth-year senior, as the right player to lead the turnaround.

“He’s going to be accountable, he’s going to be tough, understands what it takes, how to practice and lead by example,” he said. “And he’s been comfortable with that and is gaining more confidence in his ability here at this level, and doing a great job and fitting in.”

It helps that Blackwell is already used to Eggen’s gruff coaching style.

“It’s a learning curve, for sure,” Blackwell said. “You can see in the guys’ eyes here, they’re still kind of getting the hang of it. I pray to God I have the energy that old man has when I’m his age because it is unbelievable. … You can try to compete with him and stay up with him, but it’s a race with that old timer but he’s just lights out and it’s always amazing to see how much energy he can infuse into you at his age.”

Eggen used words like “violent” and “physical” to describe the way he wants Arizona’s defensive line to play. He also wants a consistent, controlled effort. His motto to his players is “rent is due every day”— meaning they cannot afford to take any snaps off.

Blackwell has been helping Eggen relay that message to his younger teammates in preseason practice.

“It comes back to technique for me, holding your gap, you gotta take pride in that,” Blackwell said. “A lot guys want the sack, to make that big play, and sometimes getting out of your gap, or trying to do something too much, you try to do too much and you end up doing nothing. So accountability means doing your job every play. You might not make the tackle every time but if everyone did their job, you’re gonna make a play. It’s just going to happen naturally. So I take pride in that, just being 100 percent technique every time you get the chance.”

Blackwell is also relishing the opportunity to play football again. He injured his right knee in New Mexico’s 2019 opener, causing him to miss that entire season.

He was limited when he joined Arizona for spring ball but is full-go heading into the 2020 season.

“I’ve been grinding every day since it happened, getting back to perfect condition,” Blackwell said. “There’s always going to be a little shake here and there, I’m expecting scares throughout practice, but I feel amazing on it.”

Blackwell credited Arizona’s training staff for guiding him through an arduous rehab process that was complicated by the coronavirus pandemic.

“When everybody got sent home, I was kind of left to thinking, ‘okay, I gotta do this by myself,’ and they ended up Zoom calling me almost every day working with me for about an hour and a half,” Blackwell said. “I built a little training room in my garage. They showed me how build building blocks, do certain things with weights at home, and we grinded every day and they helped me every step along the way. They didn’t leave me hanging, so this training staff here was a blessing in my life. They’re the reason why I’m so healthy right now.”

Blackwell has completely transformed his body since his days at New Mexico, where he once went viral for squatting 675 pounds with ease.

“I was a real bottom-heavy guy. Everybody’s seen my squat. I was a big squat dude,” he said. “When you lose your knee…you work on something else and I was benching hard. I got my bench up huge. I think a couple months ago, I ended up getting my bench rep max up to like 38 or 39, so that was a big accomplishment for me. But I finally got my legs back to where I feel are pretty even strength. … I’m not going super heavy. It’s more of like a movement thing to get that athleticism back and my confidence back in the one leg.”

Though Blackwell grew up in Peoria, about half an hour from Tempe, he said he always admired Arizona’s scrappiness over ASU’s flashiness.

Now he’s excited to write his own chapter in the rivalry.

“It was always cool to see the competitiveness going on around here in the state,” he said. “It’s the dream for a West Coast guy to play Pac-12 football, so being here at this school now for my last year was the greatest thing I could have asked for, and I’m more excited than anything to be a part of it.”