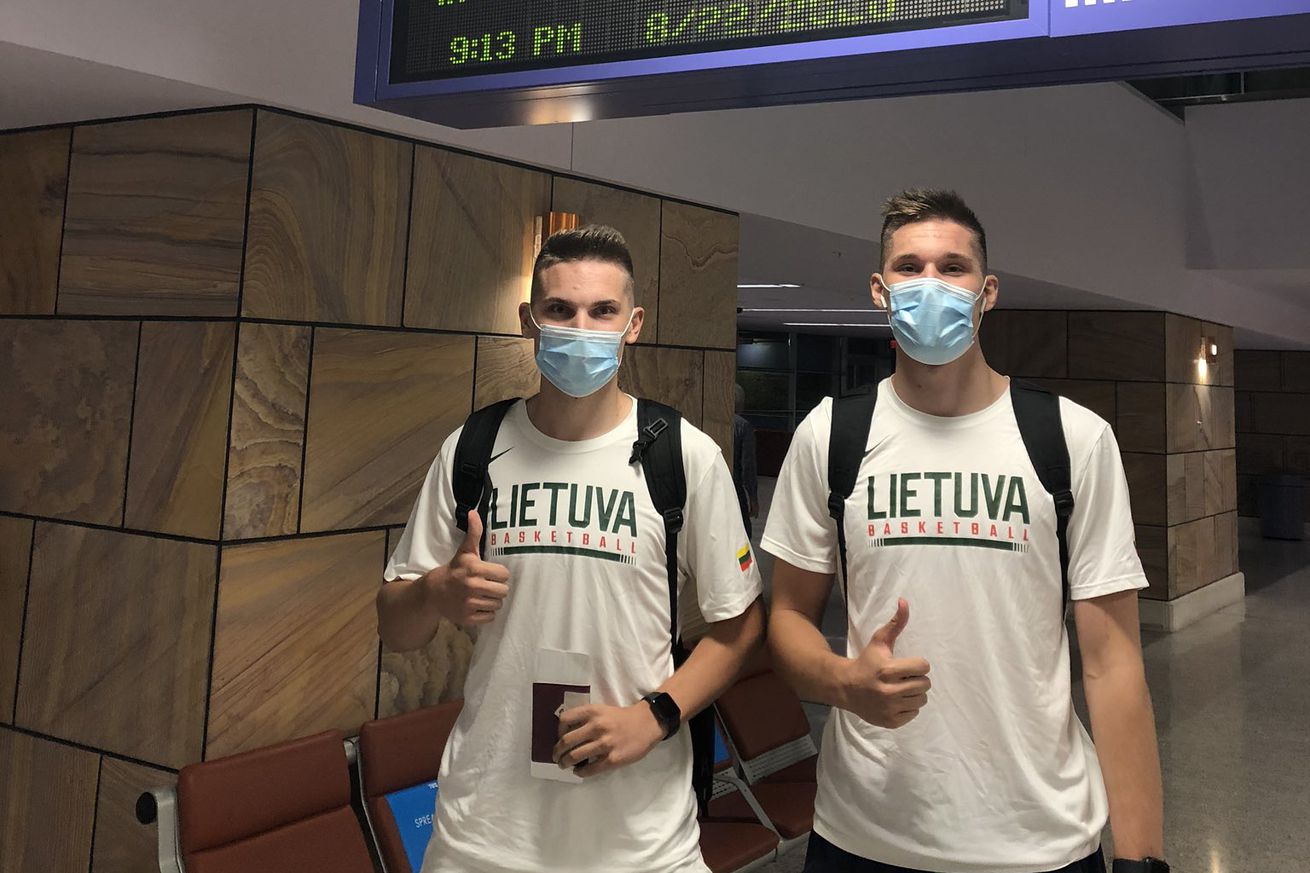 Last but certainly not least.

Lithuanian recruits Azuolas and Tautvilas Tubelis arrived in Arizona on Saturday night, evidenced by this picture that was snapped by UA associate head coach Jack Murphy at the Tucson Airport.

Look who just happened to make it to Tucson this evening. Ready to start school on Monday. pic.twitter.com/uIxQiABY6c

Their arrival means Arizona’s entire freshman class is now on campus, which is notable since six of them are foreigners and international travel isn’t exactly easy during the pandemic.

The only player who hasn’t reported is Brandon Williams. The redshirt sophomore is still listed as a UA student, but will remain in Southern California for the foreseeable future, per Bruce Pascoe of the Arizona Daily Star.

Including Williams, the Wildcats have 14 scholarship players, one over the limit. So something will have to give by the time the season begins and Williams’ absence makes it seem more likely than not that his UA career is over.

Williams said earlier in the offseason that he will “definitely play this season, but it’s just a matter of where at this point.”

Recent videos on social media show that he has recovered nicely from knee surgery, but his long-term durability will always be in question given his lengthy injury history.

The fall semester begins Monday, which means Arizona is allowed to start out-of-season workouts, which means up to eight hours per week for weight-training, conditioning. and skill-related instruction.

However, only four hours of skill-related instruction per week is allowed, and the Wildcats will take things slowly now that their first game won’t be until January at the earliest.