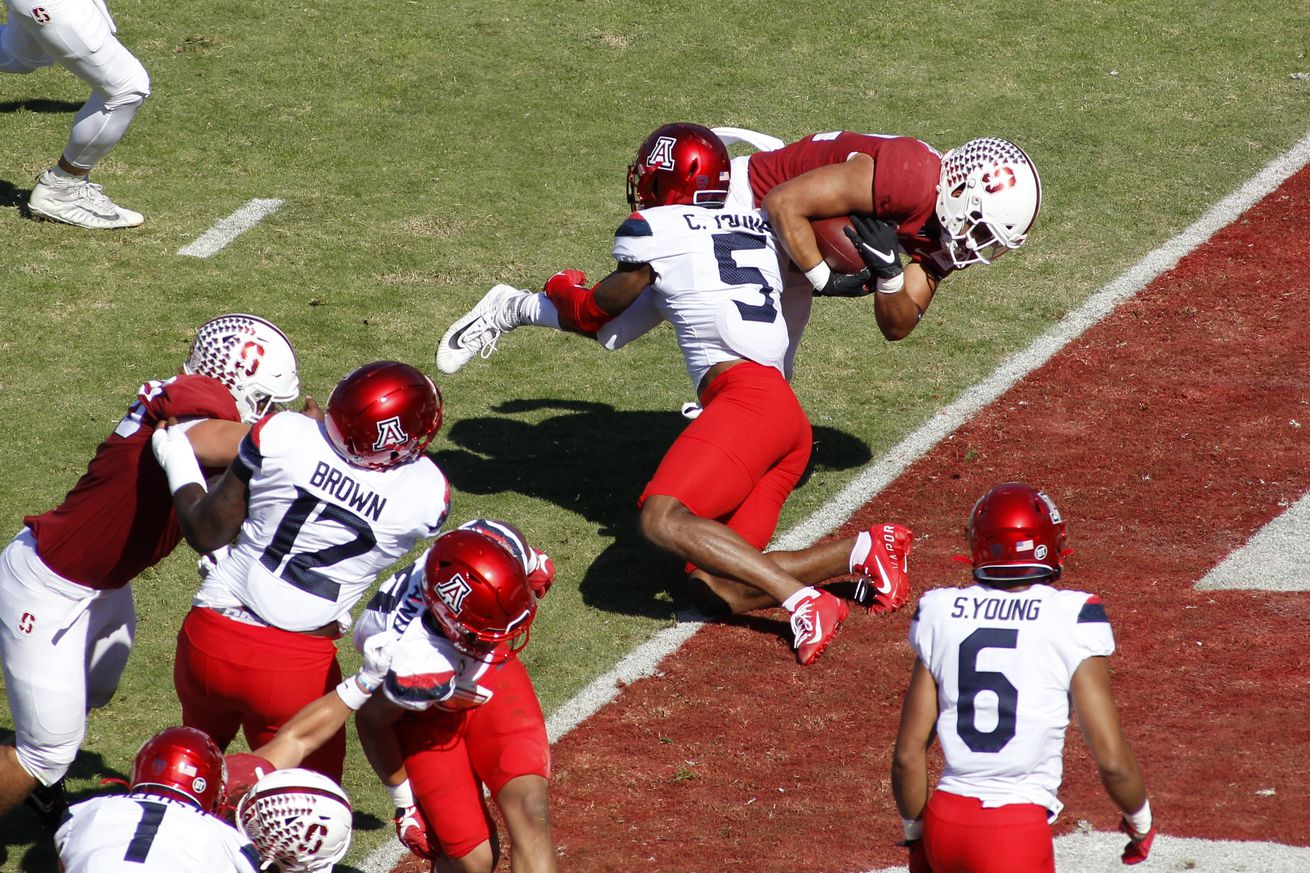 This is the third installation in a series in which we try to determine if the Arizona Wildcats’ position groups are in strong, stable, unstable, serious or critical condition heading into the fall.

It’s not great to see half of your safety group transfer. Scottie Young Jr. is reconnecting with Jahmile Addae at West Virginia, Chacho Ulloa took a grad transfer route to Montana State, Troy Young is headed back home to UAB and Xavier Bell appears to still be in the portal.

That leaves Arizona with four scholarship safeties, only one of which is a returning starter. Luckily, Arizona’s new 3-4 defense calls for one less defensive back than the 4-2-5. In addition to that, they bring back Jarrius Wallace, who has a handful of starts under his belt.

Christian Young has played all over the secondary, but he’ll likely suit up at strong safety given his skill set and size. He’s a big, physical safety with great downhill instincts that can help with run support. Just a junior, Young has essentially been a starter for two years now.

Behind Young would likely be Rhedi Short. The former UCLA commit has yet to really see the field, and now more than ever is his time to shine.

A wild card at this spot is Jaxen Turner, a super athletic safety who is long and rangy but hardly played as a freshman after undergoing shoulder surgery. It won’t surprise me if he ends up being the starting free safety. Wallace has many starts over Turner, but the latter brings so much upside.

Given the lack of depth, it seems likely that someone from corner is moving over to safety. That’s not to say that corner is stocked with depth either, but they have a few pieces that would likely end up better at safety.

The obvious option has been Bobby Wolfe. He primarily played safety in high school and I always felt like that’s where he should have started when arrived at Arizona despite the heavy depth at the time.

If DBs coach Greg Burns doesn’t think Turner is quite there yet or isn’t a fan of Wallace, I could definitely see Wolfe as the starter.

The depth just isn’t there. Ideally six safeties would be a good number. While Arizona has a good start with a high-end safety like Young, Short has yet to record a tackle.

Wallace would be suitable but there’s a little more to be desired at free safety. The hope is that Turner and/or Wolfe can make the jump but there’s just too much banking on the uncertain.